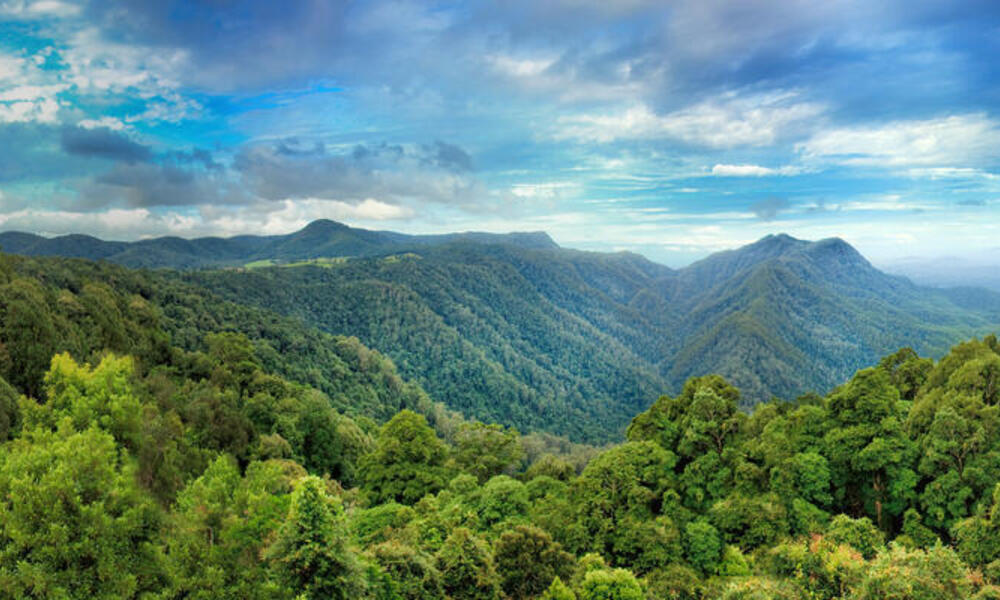 Considered a global biodiversity hot spot, the forests of eastern Australia are filled with more than 2,000 endemic plants, meaning they’re found only in this region. These forests include significant areas of rainforest that have persisted for more than 100 million years.

These ancient forests are threatened by modern human activity and climate change. After the 2019 and 2020 bushfire seasons in Australia, an area the size of Panama (up to 19 million acres, 7.3 million hectares) was burned, releasing hundreds of millions of tons of carbon into the atmosphere, impacting 3 billion animals. This includes the iconic koala, which was recently uplisted from vulnerable to endangered and is facing extinction by 2050.

To address these impacts, WWF and HP aim to reduce deforestation and forest degradation by transitioning from unsustainable logging, promoting deforestation-free agriculture, and returning state land to Indigenous management. The long-term goal of these efforts: to restore over 3,700 acres (1,500 hectares) of degraded koala habitat while improving climate resilience. In the coming years, WWF and HP will also help improve forest management practices for nearly 50,000 acres (20,000 hectares) by advocating for the return of state-managed forests to Indigenous management in the hope of ensuring lasting benefits for the people and wildlife that depend on this critical landscape.