Click to return to the Infrastructure and Nature homepage » 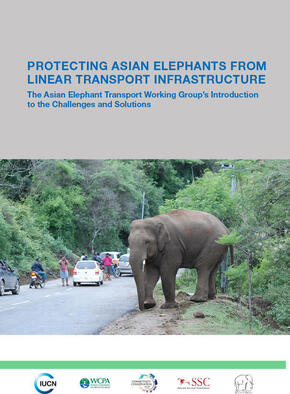 Across the 13 countries where Asian elephants still roam, habitat and movement corridors are increasingly fragmented due to new and existing roads and railways. This infrastructure expansion is leading to an increase in serious injuries and fatalities to both humans and elephants from train and vehicle collisions with wildlife. The Government of India reports 186 elephant have been killed by trains over a period of more than ten years. Such issues are a wake-up call for a better understanding of the impacts of human development on habitat connectivity, and what measures can be taken to avoid or mitigate future conflicts. 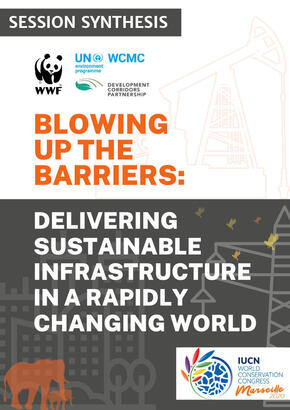 Blowing up the Barriers: Delivering Sustainable Infrastructure in a Rapidly Changing World

The IUCN World Conservation Congress hybrid in-person and virtual forum session(Sept 6, 2021) hosted by WWF, UNEP-WCMC, and the Development Corridors Partnership brought together experts from across public and private sectors to explore practical solutions to the complex challenges faced in the planning and implementation of sustainable infrastructure. Setting the tone of the session, Nicolas Buchoud, a leading infrastructure expert and our session moderator, posed the question: How can we break barriers to acquaint the world of infrastructure with biodiversity?

Over the course of the ninety-minute session, key insights and examples were provided to illuminate the practical and realistic solutions available for future sustainable infrastructure development. The discussion was guided by overarching responses to the challenges surrounding data and standards; awareness, technical capacity, and know-how; collaboration & participatory approaches; and policy and regulatory incentives. 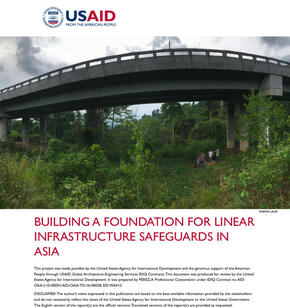 Building a Foundation for Linear Infrastructure Safeguards in Asia (LISA)

As Asia experiences unprecedented economic growth, the continent’s rich biodiversity and complex ecosystems are threatened by the rapid expansion of linear infrastructure development like roads, railways, and power lines. In 2020, the U.S. Agency for International Development (USAID) launched their Linear Infrastructure Safeguards in Asia (LISA) Project—an assessment of the capacity of Asian countries to develop wildlife-friendly linear infrastructure. Due to the Center’s expertise in this area of conservation, including road ecology, we were selected to be the lead investigator on this project for USAID’s contractor, Perez, APC.

Twenty-four experts from seven countries formed the LISA Project team to build a base of knowledge to support Asian countries in planning wildlife safeguards for future linear infrastructure development. The project conducted its research through an in-depth literature review, a policy assessment, Asia-wide and fine-scale spatial analyses, personal interviews, an electronic survey, and the compilation of case studies. 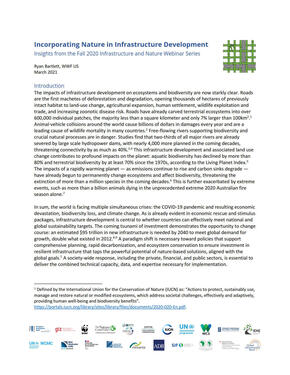 Insights from the Fall 2020 Infrastructure and Nature Webinar Series

The world is facing multiple simultaneous crises: the COVID-19 pandemic and resulting economic devastation, biodiversity loss, and climate change. As is already evident in economic rescue and stimulus packages, infrastructure development is central to whether countries can effectively meet national and global sustainability targets. The coming tsunami of investment demonstrates the opportunity to change course: an estimated $95 trillion in new infrastructure is needed by 2040 to meet global demand for growth, double what existed in 2012. A paradigm shift is necessary toward policies that support comprehensive planning, rapid decarbonization, and ecosystem conservation to ensure investment in resilient infrastructure that taps the powerful potential of nature-based solutions, aligned with the global goals. A society-wide response, including the private, financial, and public sectors, is essential to deliver the combined technical capacity, data, and expertise necessary for implementation.