Thinking and Working Politically: Resources from USAID for Biodiversity Conservation

There is strong evidence that political factors overwhelmingly drive the loss of biodiversity, along with the corruption that facilitates it. Thinking and Working Politically (TWP) helps practitioners identify and stay attuned to the political dynamics that shape their operational context and affect the likelihood of achieving objectives. TWP is essential for addressing corruption; what works today may be upended by changing political dynamics, and practitioners need to adjust their strategies and tactics accordingly. These resources from USAID highlight key strategies and takeaways to strengthen politically-informed approaches to biodiversity programming. 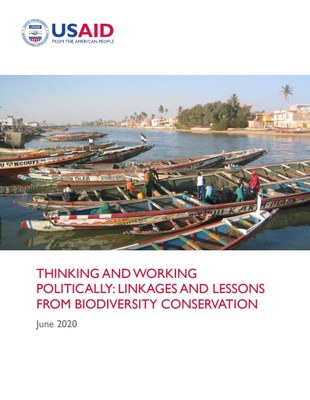 Discussion Note 2.0 – Thinking and Working Politically: Linkages and Lessons from Biodiversity Conservation
This discussion note builds on previous USAID initiatives on TWP and focuses on increasing familiarity with the critical mindset of thinking and working politically, with attention to some of its key concerns, how they are reflected in biodiversity sector activities, and what their implications are for biodiversity programming. 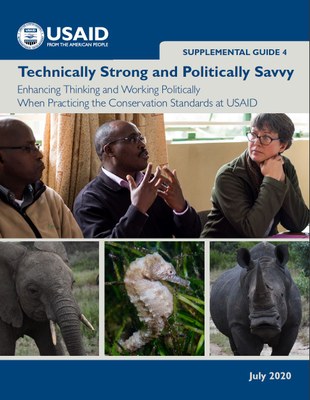 Supplemental Guide 4 - Technically Strong and Politically Savvy: Enhancing Thinking and Working Politically When Practicing the Conservation Standards at USAID
Starting from the premise that conservation programs will be more effective when they skillfully integrate TWP, this guide unpacks areas of alignment and divergence between the Conservation Standards and TWP as they are practiced at USAID. It offers recommendations for drawing on the strengths of both approaches to enhance biodiversity programming.