What do rangers do and how does WWF support them? 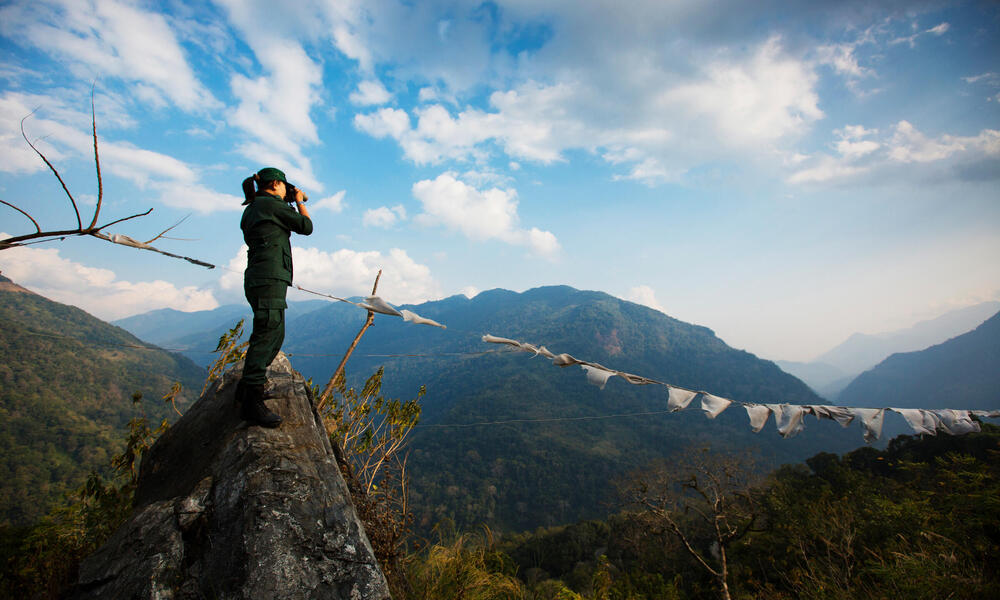 Rangers, forest guards, wildlife officers…They serve under various titles and their work is vast, yet one thread unites them: They all work to protect the natural world. Conservation couldn’t happen without them, but what exactly does a ranger do?

Ranger work is often grueling. These men and women remain in remote field locations for long stretches of time, separated from home and family for weeks or even months. Rangers may work in an official capacity or as a concerned community member and may be paid or volunteer. If paid, salaries are typically low, and teams often lack the necessary equipment, training or working conditions required on the job.

Ranger work is also dangerous. Watching over some of the world’s most endangered and highly trafficked animals—including elephants, tigers, and rhinos—puts rangers’ lives at risk from armed and violent poachers. According to the International Ranger Federation, 149 rangers died on duty over the last year. That's nearly a 50% increase over the previous year.

Around the world, governments often lack resources to fully equip, train, and support rangers. And that’s where WWF plays a role.

WWF aims to strengthen the work of rangers in order to help both people and nature in some of the planet’s most threatened places. This means working with governments who employ rangers, guiding policy changes to protect rangers, and providing funding for essential operations, supplies, and equipment for rangers in the field.

WWF’s actions focus on advocating for ranger standards and welfare and emphasize the need for increased professionalism, training and equipment. Equipment may include boats, uniforms, maps, and radios but we also train rangers on new technologies to better patrol and manage wildlife habitats.

Rangers also need support from their governments. WWF works with authorities to ensure rangers receive training and required resources. We also advise on ways to strengthen laws against poaching and other threats.

WWF together with the International Ranger Federation and other partners survey ranger conditions in Africa, Asia, and Latin America and develop training guidelines for field rangers. For nearly two decades, WWF’s Russell E. Train Education for Nature Program has supported training for over 3,000 park rangers from more than 20 countries.

WWF’s work with rangers is a critical part of the larger conservation story. We can’t stop poaching, save the world’s most endangered species, or protect its most vital places without the crucial work done by rangers.