Vaquita, the world's rarest marine mammal, is on the edge of extinction. The plight of cetaceans—whales, dolphins, and porpoises—as a whole is exemplified by the rapid decline of the vaquita in Mexico, with about 10 individuals remaining. This little porpoise wasn't discovered until 1958 and a little over half a century later, we are on the brink of losing them forever. Vaquita are often caught and drowned in gillnets used by illegal fishing operations in marine protected areas within Mexico's Gulf of California. The population has dropped drastically in the last few years.

The vaquita has a large dark ring around its eyes and dark patches on its lips that form a thin line from the mouth to the pectoral fins. Its top—the dorsal surface—is dark gray, its sides are pale gray, and its underside—the ventral surface—is white with long, light gray markings. Newborn vaquita have darker coloration and a wide gray fringe of color that runs from the head to the flukes, passing through the dorsal and pectoral fins. They are most often found close to shore in the Gulf's shallow waters, although they quickly swim away if a boat approaches. 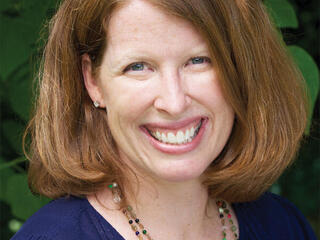 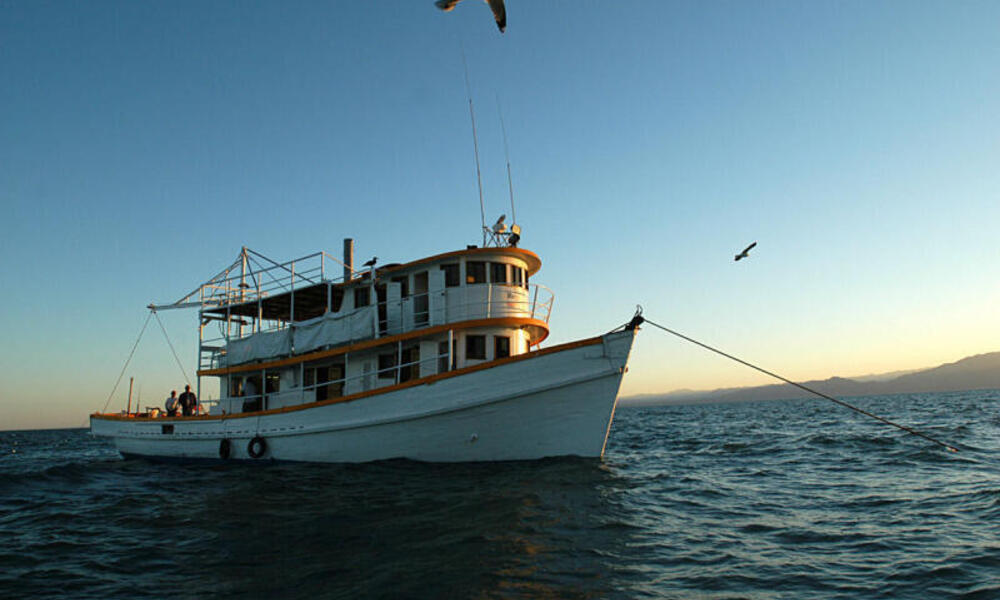 A fishing boat in the Gulf of California.

The vaquita will be extinct if fishery bycatch is not eliminated immediately. Nearly one out of every five vaquita get entangled and drown in gillnets intended for other marine species like the totoaba, a critically endangered fish also found in the upper Gulf of California. Entanglement in gillnets set for totoaba was the primary cause that brought the vaquita to low levels by the mid-1970s. Totoaba were overfished by the mid-1970s and were listed as endangered by Mexico in 1975, and by the US in 1979.

Today, international trade in totoaba is banned under CITES, a global agreement among governments to regulate or ban international trade in species under threat, but high demand from China for its swim bladder has led to a boom in illegal totoaba fishing in the past few years. Demand for totoaba swim bladders has been driven by the belief in Chinese medicine that they are a cure to a variety of illness and diseases. Thousands of swim bladders are dried and smuggled out of Mexico, often through the United States. Fishermen receive around $4,000 for each pound of totoaba swim bladder, equivalent to half a year's income from legal fishing activities. It is this illegal trade that is currently driving the sharp decline in vaquita numbers.

WWF's goal is to achieve a gillnet-free Upper Gulf of California where wild vaquita can thrive. In order to protect the vaquita's native habitat, we closely collaborate with partners to support:

In July 2016, President Barack Obama and President Enrique Peña Nieto of Mexico announced bilateral collaboration measures to protect the vaquita. As a follow up to this meeting and to the recommendations CIRVA presented in its vaquita report, Mexico's National Institute of Fisheries (INAPESCA) and WWF Mexico established an international committee of experts to further develop and urgently implement vaquita-safe fishing technologies.

The committee advises the Mexican government on improving fishing techniques not harmful to vaquita, including those that INAPESCA and WWF Mexico have together developed over the last years.

This independent committee is charged with improving existing vaquita-safe fishing technologies (such as the small trawl to catch shrimp and traps and other gear for fish) to substitute gillnets, which are currently banned in vaquita habitat in the Upper Gulf of California, the only place on Earth where the vaquita exists.

A protocol and guidelines to catch shrimp with vaquita-safe technology is expected to be ready soon.

Saving the Last of the Vaquitas 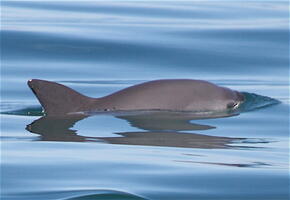 WWF has been on red alert ever since the report from the International Committee for the Recovery of the Vaquita (CIRVA) estimated the vaquita population at no more than 10. In the past, WWF has helped study vaquitas and implement protective measures with the Mexican government and local partners. We have been working with Mexican scientists, government representatives, and other partners and collaborators to develop a long-term strategy for the conservation of the species.

We are now calling for urgent and immediate measures to save the last of the vaquitas.

Based on expert recommendations, WWF has called on the Mexican government to strongly enforce a ban on gillnet fisheries throughout the entire range of the species since September 2014. We also ask that the US and China help stamp out the illegal trade in totoaba products and provide enforcement support to the Mexican government, without which vaquitas will go the way of the dodo.

All vaquita photos on this page by Thomas A. Jefferson from the joint research project with the Marine Mammals Research and Conservation Coordination of the National Institute of Ecology of Mexico. Photo obtained under permit No. DR7488708 of SEMARNAT (Mexican National Commission of Protected Natural Areas).