Fish are at the center of conflict. Saving fish stocks can build peace 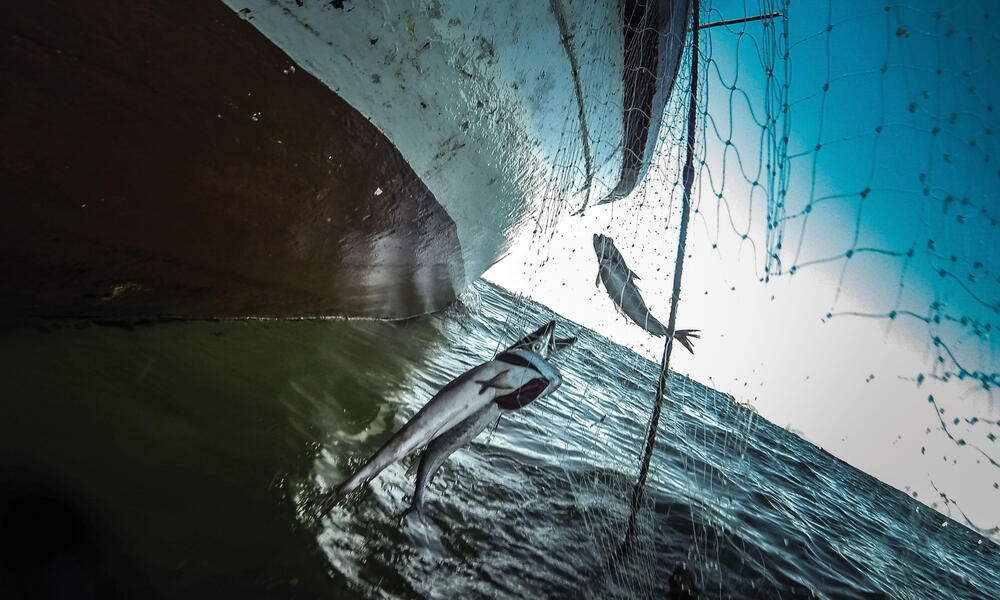 Imagine a future where people and countries are fighting over fish. Communities, together made up of hundreds of millions of people, have lost sources of food and income because the climate crisis has forced fish populations to migrate away from traditional habitats to survive. Societal instability looms because the bounty that the oceans can provide is growing increasingly unstable.

That future is now.

Fish stocks are on the move. As climate change drives shifts in ocean and weather cycles, fish populations are shifting too. A recent study on climate-driven fish migration reports that 23 percent of fish stocks connected to countries’ territorial waters will move in the next eight years. By the end of the century, it will be near 50 percent.

This migration is worrying. Between World War II and the collapse of the Soviet Union, a quarter of all interstate militarized disputes were fought over fisheries, and data from the last four decades show that instead of subsiding, disputes increased 20-fold. Already, there are indications that unsustainable fishing—including overfishing and bycatch—has replaced piracy as the leading maritime security threat of our time. In addition to conflict, as competition and scarcity increases, many countries and coastal communities whose fish populations are moving away will experience skyrocketing levels of hunger, joblessness, and societal stressors that result in mass migration and civil unrest.

We have the solutions

These are big problems, but we are far from all doom and gloom. A future where there is fish, prosperity, and peace shared among coastal communities and neighboring governments is not beyond us. Here’s why:

Science can predict fish migrations. WWF has the capability to work together with governments, businesses, environmental and human rights groups, and the peacebuilding community to take preventative action around the world to avert disaster and lawlessness and build resilient food supplies and sustainable livelihoods.

We also have the tools to strengthen “blue foods" supply chains—foods produced from the ocean and lakes and rivers. Strong blue food sources will be of particular importance for our efforts to plan for climate change and support communities that can better withstand its impacts.

Finally, we are developing integrated fisheries management with nature-based solutions that are founded on science and demonstrate impact, such as mangroves. By protecting and restoring nature in our oceans and along our coastlines, and working with fishers on policies and practices to maximize their livelihoods without endangering the fish populations they depend on, the whole ecosystem will also be more resilient.

At WWF, we believe in a future Earth where people are not threatened by insecurities associated with declining food resources, but one where natural resource management and blue foods are part of the solution not only to the health of the oceans, but to climate, poverty, and peace and security challenges.

We believe that when oceans thrive, the planet and thrives, societies are prosperous, and the world is more peaceful. That is why we work for a world in which healthy oceans drive benefits at scale for the planet, people, prosperity, and peace.

Here are a few places where we’re working to build that world: