Humans must learn to coexist with nature 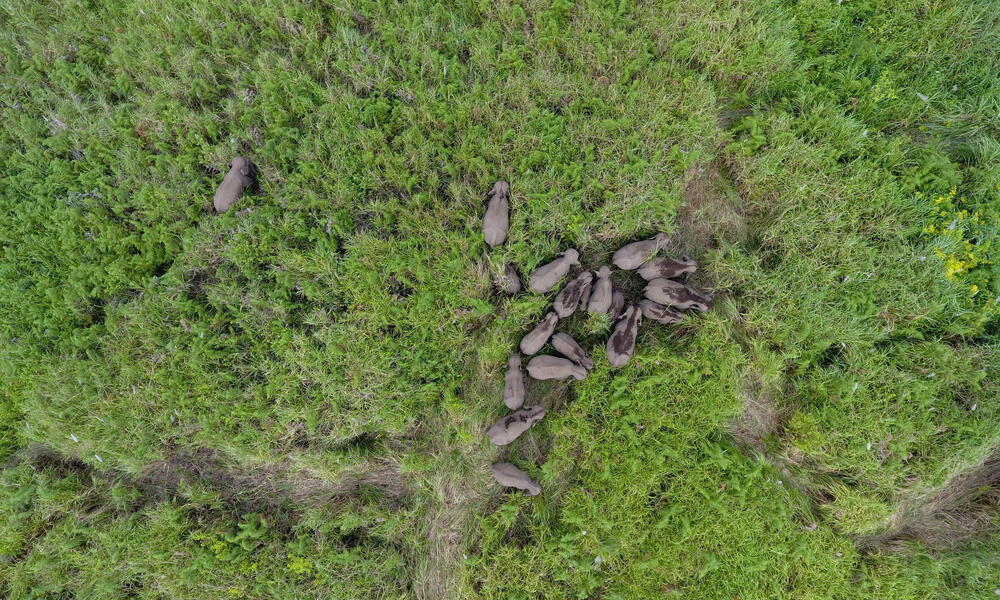 This opinion piece was originally published on Our Daily Planet.

Imagine living in a modern, densely populated city. On any given morning, you might expect to look out your window and see a stream of cars and pedestrians on their daily commute, bustling shops and restaurants selling their wares, or perhaps local musicians performing a free show to onlookers in the city square. In recent days, however, residents in Kunming, China—a city of some 6 million people—were preparing themselves for a more unusual sighting: a herd of wild elephants.

Since March 2020, a group of 15 elephants has traveled more than 300 miles within Yunnan Province in China—exiting the nature reserve they call home and trudging through farms, towns, and cities on their journey. They reportedly came within two miles of Kunming before turning around a few days ago.

No one knows the reason why they left their home in Xishuangbanna Nature Reserve, but this long journey has brought much-needed public attention to the plight of Asian elephants. Often overshadowed by their cousins embroiled in a visible and visceral poaching crisis a continent away, many people I’ve spoken with or encountered in the west have not been aware of the rapidly declining Asian elephant population.

Asian elephants range across 13 countries in South and Southeast Asia, inhabiting dry deciduous to wet evergreen forests and grasslands. They are the largest land mammal on the continent. And, sadly, they are endangered, with fewer than 50,000 left in the wild. While all elephant species are facing numerous threats in the wild, Asian elephants may well be the most endangered. And yet they are underrepresented on the global stage when their conservation needs are so urgent.

Living on the most populous continent on the planet means that space is at a premium. It also means that habitat loss is the most significant threat facing Asian elephants. While poaching also threatens these populations, human-elephant conflict resulting from habitat loss and fragmentation is a leading cause of elephant death in Asia. Elephants are large megaherbivores with significant space and resource needs—they spend up to 18 hours a day eating—and have been known to travel many miles a day in search of food and water. The rates of habitat loss in Asia also mean that today, on average, 70% of the Asian elephant population is found outside protected areas. This means they often travel through human-dominated landscapes and come into regular contact with people.

These interactions, or human-elephant conflicts, can result in crop and property damage. Most recently, we have seen that the damage along the movement path of the elephant herd in China has amounted to losses of an estimated $1.1 million. While these animals have been closely watched and protected by local authorities who have been successful to date at preventing injury or death to either people or the elephant herd, across their range, human-elephant conflict can result in human death and injury and trigger retaliatory action that further diminishes wild elephant populations.

So how do we manage such interactions and move towards coexistence? As with many conservation challenges, there is no silver bullet, no single solution. Human-wildlife conflict, which involves many species of wildlife across the globe, is a nuanced and complex issue that can become even more so when an intelligent animal like an elephant is involved. As in the case of these elephants in China, an important first step would be to understand the context that drove the elephants away from their home range and resulted in conflict experienced along the way.

Efforts to manage such conflicts have, for a long time, focused largely on reactive measures such as fencing, noise deterrents, and schemes to compensate people for their losses, to prevent and mitigate impacts. But sustainable management of these conflicts and a more significant move towards coexistence can only be achieved by combining a comprehensive suite of such measures with efforts to address the drivers or root causes of such conflicts and the associated social dynamics.

As the 15 elephants in China have now changed their course away from the city, residents in Kunming may breathe a sigh of relief. But later this year, a different group of visitors are set to descend on the city: participants in the 15th meeting of the Conference of the Parties (CoP) to the Convention on Biological Diversity. The CoP will bring together world leaders who will decide on their collective action to tackle the biodiversity crisis for the next decade. My hope is that the attention this wandering group of elephants have garnered will not only highlight the overarching plight of Asian elephants in this forum and across the globe, but also ensure that the topic of coexistence will remain front and center during these discussions. If wildlife like these elephants are to coexist with people in the long term, specific targets on coexistence must be key elements within the Global Biodiversity Framework of the CBD. And ultimately, it’s going to take global leaders such as those at the CoP working hand-in-hand with local communities and myriad other stakeholders across Asia and the world to secure a future in which elephants and people live in harmony.