The Asian elephant is the largest land mammal on the Asian continent. They inhabit dry to wet forest and grassland habitats in 13 range countries spanning South and Southeast Asia. While they have preferred forage plants, Asian elephants have adapted to surviving on resources that vary based on the area.

Asian elephants are extremely sociable, forming groups of six to seven related females that are led by the oldest female, the matriarch. Like African elephants, these groups occasionally join others to form larger herds, although these associations are relatively short-lived. In Asia, elephant herd sizes are significantly smaller than those of savannah elephants in Africa.

More than two-thirds of an elephant's day may be spent feeding on grasses, but it also eats large amounts of tree bark, roots, leaves, and small stems. Cultivated crops such as bananas, rice, and sugarcane are favorite foods. Elephants are always close to a source of fresh water because they need to drink at least once a day.

In Asia, humans have had close associations with elephants over many centuries, and elephants have become important cultural icons. According to Hindu mythology, the gods (deva) and the demons (asura) churned the oceans in a search for the elixir of life so that they would become immortal. As they did so, nine jewels surfaced, one of which was the elephant. In Hinduism, the powerful deity honored before all sacred rituals is the elephant-headed Lord Ganesha, who is also called the Remover of Obstacles.

WWF-India is in the process of fitting GPS-enabled collars on wild elephants to better understand the animals’ basic movements and help local communities. 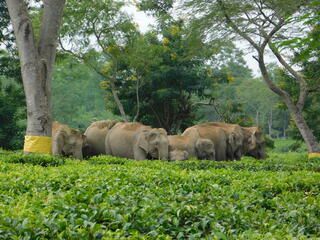 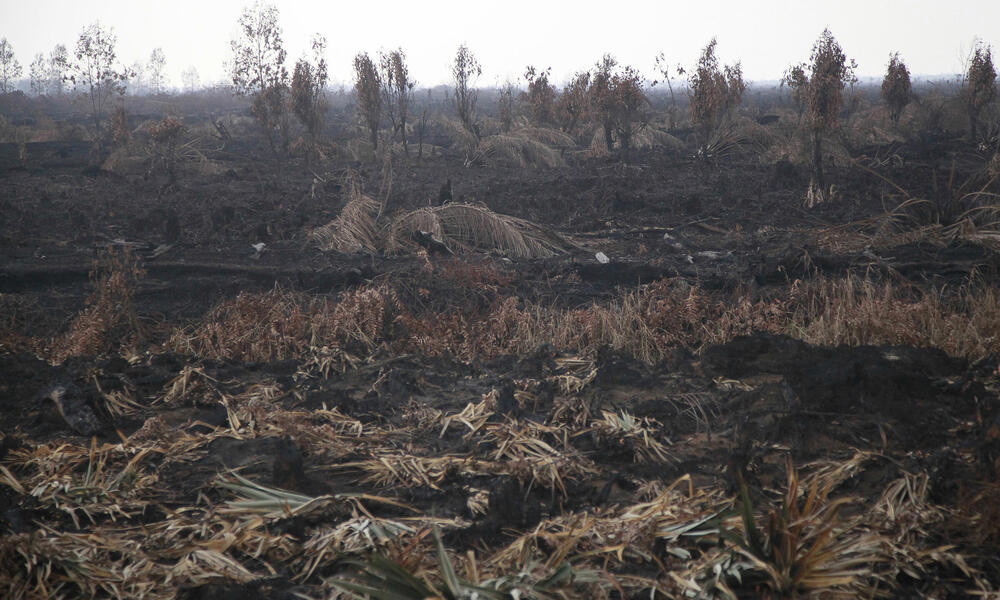 The illegal capture of wild elephants and elephant calves for various purposes, such as tourism, has become a threat to some wild populations, significantly affecting population numbers. India, Vietnam, and Myanmar have banned capture in order to conserve their wild herds, but illegal captures still occur in a number of countries where elephants live.

The biggest threat to Asian elephants is habitat loss and fragmentation. Asia is the most populous continent on Earth, where development and economic growth have led to encroachment into places where elephants live. This has led to an average of 70% of elephants being found outside protected areas today. Expanding human settlements, plantations, industry, farming, mining, and linear infrastructure (roads, railway lines, irrigation canals, etc.) have squeezed elephant populations into smaller pockets of forest surrounded by human settlements that often block traditional migratory routes.

Elephants confined to smaller populations as a result of habitat loss are at a higher risk of becoming wiped out due to disasters, disease, inbreeding, and more.

Another significant threat to elephants is human-elephant conflict. With a significant portion of the elephant population living outside protected areas, most of which contain agricultural lands and human settlements, interactions between elephants and humans have been on the rise. These encounters, often negative, lead to crop and property loss, injury, and death. These impacts may cause humans to retaliate against elephants, often with lethal outcomes.

Even where suitable habitat exists, poaching remains a threat to elephants in many areas. In 1989, the Convention on International Trade in Endangered Species of Wild Fauna and Flora (CITES), a global agreement among governments to regulate or ban international trade in species under threat, banned the international trade in elephant ivory. However, there are still places where the trade is thriving, and unregulated domestic ivory markets in a number of countries fuel the illegal international trade. Although most of this ivory comes from poaching of African elephants, Asian elephants (tusked males) are also illegally hunted for their ivory. There is also a steady market for other elephant products, such as skin, tail hair, and meat, which continues to fuel poaching, a significant threat to already small elephant populations found in many of these countries. 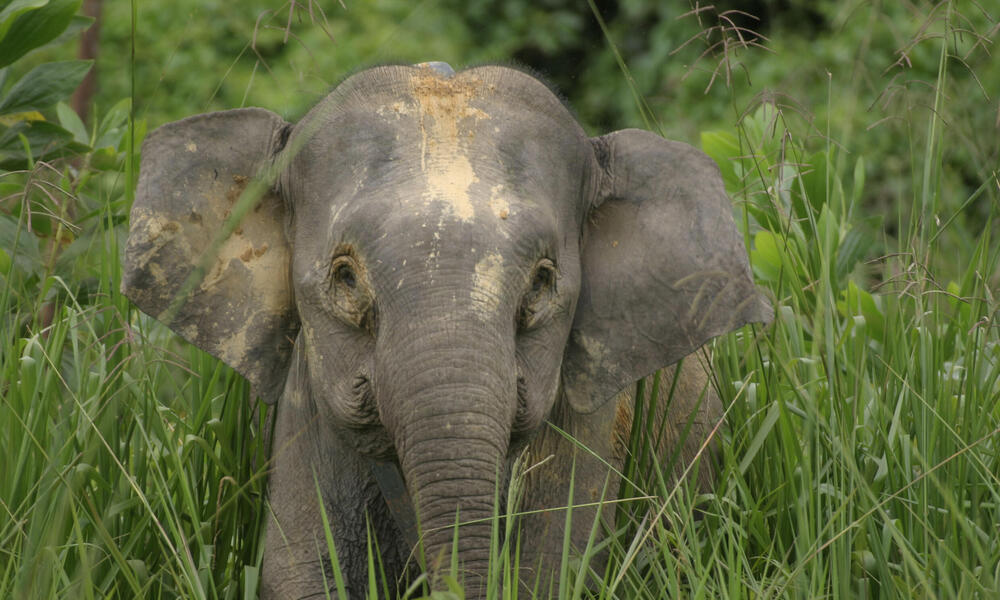 In response to high incidents of elephant and tiger poaching in a number of range countries, WWF and its local partners have coordinated wildlife patrol units that conduct antipoaching patrols, confiscate snares and other means of trapping animals, educate local people on the laws in place concerning poaching, and help authorities apprehend criminals. The evidence collected by wildlife patrol units has helped bring known poachers to court. In many Asian countries, WWF works with TRAFFIC, the wildlife trade monitoring network, to reduce the threat that illegal and illicit domestic ivory markets pose to wild elephants. 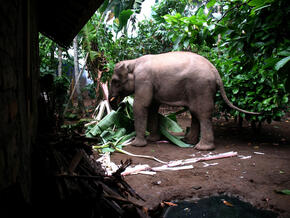 WWF supports human-elephant conflict management activities, biodiversity conservation, and awareness-building among local communities in a number of landscapes across Asia, including in Assam, India, Myanmar, and Vietnam, among others.

In Assam, WWF supports implementation of low-cost electric fencing, as well as support for other tools and techniques to help communities protect their crops and settlements from elephant incursions; supports the development of community response teams to safely drive elephants away from human inhabited areas; disseminates awareness information to communities on the dos and don'ts of living with elephants; and engages in policy and advocacy efforts to address land-use and other drivers of human-elephant conflict.

In Myanmar, WWF supports protection efforts to counter the killing of elephants for their skin, which is marketed for various purposes. In addition, WWF is working to address human-elephant impacts on the ground in Myanmar that are also closely linked to poaching. These efforts help build support for elephant conservation among struggling communities in the long term.

In the Terai Arc Landscape, which encompasses parts of western Nepal and eastern India, WWF and its partners restore degraded biological corridors so that elephants can access their migratory routes without disturbing places where people live. The long-term goal is to reconnect 12 protected areas and encourage community-based action to reduce and manage human-elephant conflict. Such approaches are being facilitated by WWF across the range of the Asian elephant.

In Sumatra, which is one of the world's deforestation hotspots, business-as-usual conservation won't cut it. So WWF and partners are pursuing a cutting-edge strategy to protect one of the last elephant strongholds in central Sumatra. In the Bukit Tigapuluh, or Thirty Hills, landscape, WWF-Indonesia is actively managing a nearly 100,000-acre ecosystem restoration concession with two other conservation partners.

The goal: to conserve and restore the forest to maintain important carbon stocks, conserve biodiversity, and support the environment of forest-dependent Indigenous communities. There are an estimated 150 critically endangered Sumatran elephants living in Thirty Hills, making it one of the last viable populations in the rapidly deforested central part of the island.