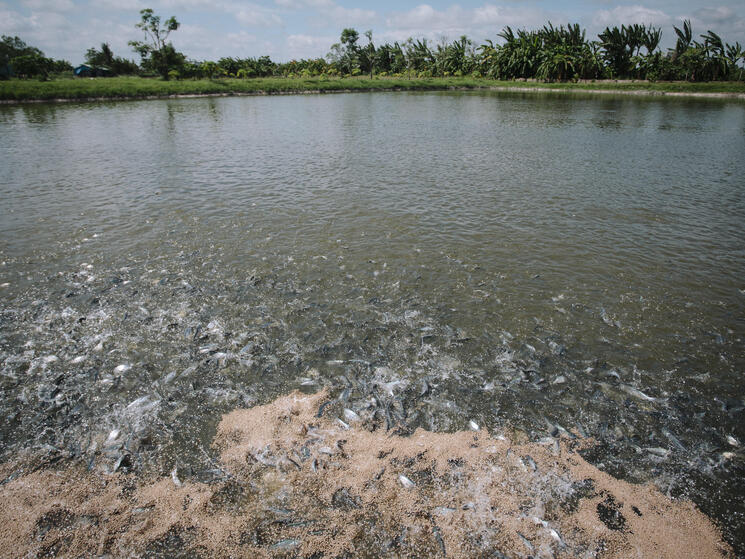 The Road Ahead for Aquaculture Products in the US Market

The presence of slavery and forced labor in the seafood industry has been brought out of the shadows in high-profile media reports during the past two years with questions raised about the sale of these products in the US. An arcane provision in Customs law from 1930, known as the consumptive demand exception, allowed products and commodities made with forced or coercive labor practices to be imported when domestic production or supply in the US was insufficient to meet “consumptive demands” of the United States. However, recent changes in the statute have brought an end to this provision.

In addition, some imported seafood, considered high risk, will soon be required to have traceability back to point of harvest. These new regulations will be finalized later this year as the result of a commitment by President Obama and work by the Presidential Task Force to combat illegal, unreported and unregulated (IUU) fishing. For further information on the full list of “at risk” species, the reader is referred to: https://www.gpo.gov/fdsys/pkg/FR-2015-10-30/pdf/2015-27780.pdf. The intention of the regulations is to apply to all seafood, but the application of these rules will be phased in with regards to species over time. The first species to be addressed that are produced through aquaculture are abalone and shrimp.

In accordance with the WTO and in order for the US federal government to enact traceability regulations on imports of farm products, domestically produced products in the US also must comply with these new rules.

Some US producers of abalone and shrimp are in direct competition with imported products and as such, many US producers are in favor of greater accountability that would accompany traceability. However, there is a challenge that first needs to be overcome. Because in the US, the states regulate aquaculture, there will need to be an effort to coordinate the information on traceability (primarily volumes sold and to whom) between state and federal agencies. This state-federal relationship has been offered as a reason to slow or postpone the application of the new regulations to abalone and shrimp. The US produces approximately 350 metric tons (mt) of farmed abalone and 1,700 mt of farmed shrimp. The imports of abalone and shrimp to the US in 2015 are approximately 780 mt and 580,000 mt, respectively, according to the USDA Foreign Agriculture Service.

In the US, many producers are concerned with “over-regulation” of the private sector. However, it appears that there may be an advantage to not only domestic aquaculture producers, but also to consumers that desire the point of harvest of the products they consume. In discussing many of the issues around these new regulations with NOAA, state agencies and US aquaculture producers, it does not appear to be an overly burdensome regulation. There is an effort to align the traceability requirements with that information which is already provided to state agencies.

Why would WWF care about these new regulations? The simple answer is accountability. There are high performing aquaculture producers all over the world. There are also poor performers as well. The effort to reward the best performers is hampered by the inability to discern who has produced a particular product. While many consider retail outlets as having great visibility on the origin of their food products, for aquaculture, this is seldom the case.

In reference to the recent confirmation of forced and bonded labor in the seafood industry, it is unfortunate that horrific revelations tend to be the reason for action. It would be easy and likely expected for the NGOs to get on their bully pulpits and “preach” to this issue. However, the Monday morning quarterbacking gets quite old by Thursday so it may be that NGOs and their corporate partners in the seafood world need to reflect on how they measure progress and track success. Further, maybe the glamour of “commitments to sustainability” are not as important as actually meeting commitments. So in retrospect, it appears that more doing and less talking is necessary.

As we have determined, whether it be a human rights group or an environmental conservation organization, traceability is a fundamental requirement for accountability. It is “agnostic” when it comes to environmental protection or social justice. I believe that we need to be united around traceability. In my mind it is the notion of standing behind a product that one produces and if you don’t want to take responsibility for the product that you produce, then maybe it is not appropriate for others to ingest that product.

In the aftermath of these recent revelations, many in the seafood world are taking things into their own hands. Appalled by trade associations that have claimed to never have seen this coming, the buyers are coming together to verify their own supply chains. It is time for the US aquaculture industry to play its part in fostering greater accountability for US imports. The typical, knee jerk anti-regulation reaction likely needs to be subdued such that one can see the forest for the trees in this case. I am confident that there is no desire to be over-burdensome to the US aquaculture industry, and reflection upon these new regulations may be viewed as pre-competitive rules to play the game.

With nearly 90% of the world’s fisheries harvested at or even beyond their biological limits, the ocean is scarcely able to yield more fish to feed a growing population. Aquaculture—the farming of aquatic species from salmon to seaweed—can help meet the planet’s rising demand for protein, but not without impacts on the environment. Originally published in Aquaculture Magazine, this article is one in a series by WWF’s Aaron McNevin, Ph.D., examining those impacts and how improved environmental performance can bear positive economic results for farmers.