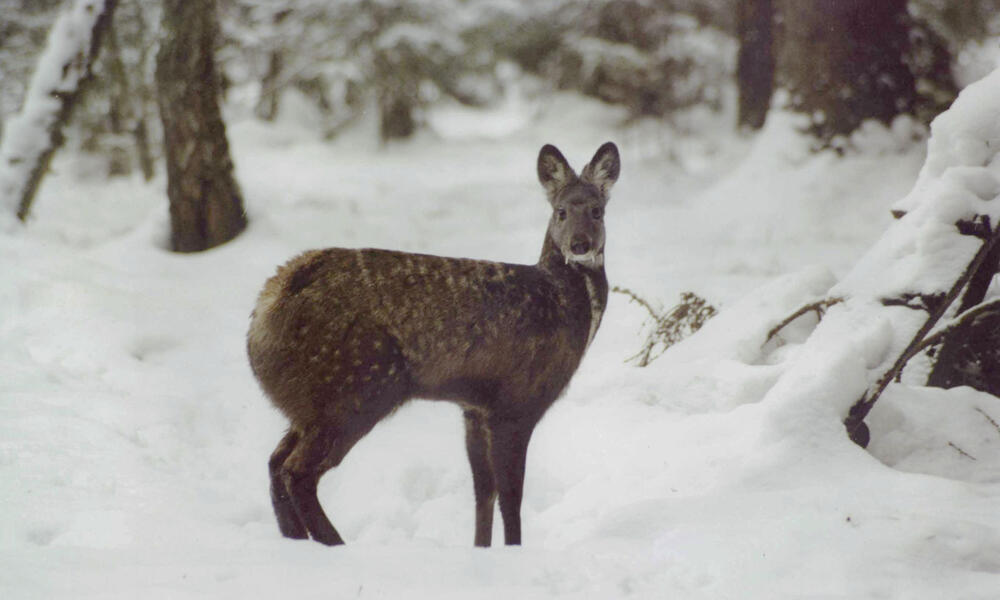 Sometimes, during your conversations with various pharmacists you've met in your travels, you wish you didn't ask so many questions. One practitioner suggested musk deer for your nerves. "Musk deer. What is that?", you asked curiously. When you heard the answer, you wished you'd never asked.

Secretions from the scent gland or "pod" of the male musk deer are used in many traditional East Asian medicines to treat a variety of ailments relating to the heart, nerves and breathing. Musk is also used in non-medicinal products such as cosmetics, personal hygiene products, shampoos and detergents. Musk can be produced synthetically, and often is for the non-medicinal products, but natural musk is still preferred in traditional East Asian medicine, and for some perfume manufacturers.

After beating a hasty retreat from the pharmacy to your hotel, you log on to WWF's web site. They've got a virtual pharmacy you can use to find out about certain traditional Chinese medicine (TCM) products. You learn that while habitat destruction poses a threat to the musk deer, large-scale illegal hunting to meet these commercial demands is believed responsible for the dramatic decline in musk deer populations. The deer is mainly found in Russia and Asia, but countries around the world import it. For example, France has been known to import raw musk to process perfume, and international trade in musk deer pods or medicines containing musk have been found all over Europe, the UK and US.

Whew. You're glad you found out all this before you actually purchased products with natural musk in it. To add to their endangerment would have been a blow to your conservation conscious psyche. The problem is, some musk is traded legally. But it's often hard to know what's legal and what's not. If you're just getting more confused right about now, you might want to avoid it altogether.