In 2009, the six governments of the Coral Triangle region made a commitment to safeguard their marine resources and ensure income and food security for the millions of people who depend on them. WWF, Conservation International and The Nature Conservancy work together with funding from USAID to support the governments. This partnership, the Coral Triangle Support Partnership (CTSP), focuses on policy, fisheries management, marine protected areas and climate change adaptation. A few successes that have come out of this partnership include:

Positive Results for People and Wildlife

Visitors to Tetepare Island, the largest uninhabited island in the South Pacific, can swim with dugongs and dolphins or witness “turtle rodeos,” where local rangers leap off boats to tag marine turtles. Turtles are tagged to keep a record of populations and to learn about their habits and movements. The waters that surround the island teem with life thanks to the conservation efforts of the Tetepare Descendants Association (TDA), a group of local islanders that sustainably managing their marine and land resources.

Widespread logging continues to threaten Solomon Islands and a growing population increasingly puts pressure on marine resources, such as fish. WWF, as part of CTSP, has helped TDA manage their own marine reserve. They carefully monitor the reefs, patrol no take zones, collect data on endangered leatherback turtles and ensure their nests are protected. They also operate a small ecolodge that benefits the community. Tetepare Island is a testament to how conservation can provide local benefits while safeguarding an irreplaceable natural area.

CTSP has enabled WWF to begin to repopulate Malaysia’s reefs with an important fish, the humphead wrasse. These enormous fish can grow up to six feet long and help keep coral reefs healthy by eating coral predators such as crown-of-thorn starfish.

Unfortunately, the rare humphead wrasse is also valued as a luxury food as a part of the live reef fish trade predominant across Southeast Asia, and thus is highly vulnerable to overfishing. In Malaysia, WWF helped stop export of this important fish and works with partners to repopulate protected coral reefs with wrasses that were formerly intended for sale through a buyback program with local fishermen. Since 2010, over 860 humphead wrasse have been released back into the wild.

WWF, with support from CTSP, has helped raise environmental awareness in Malaysia, especially among its youth. WWF works with a local youth group on Banggi Island in northern Sabah to spread environmental messages, and it’s making a difference. For example, some villages have created marine sanctuaries in their waters. These no take zones serve as fish nurseries and provide a safe habitat for species to recover from overfishing. 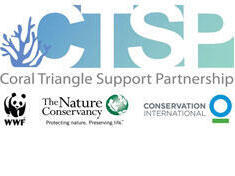