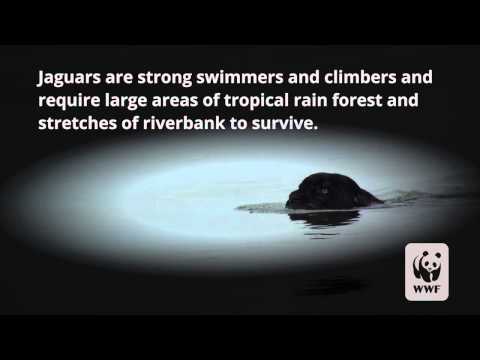 There is a clear link between the health of the Amazon and the health of the planet. The rain forests, which contain 90-140 billion tons of carbon, help stabilize the local and global climate. Deforestation releases significant amounts of this carbon, which is having negative consequences around the world.

Road to recovery in Latin America 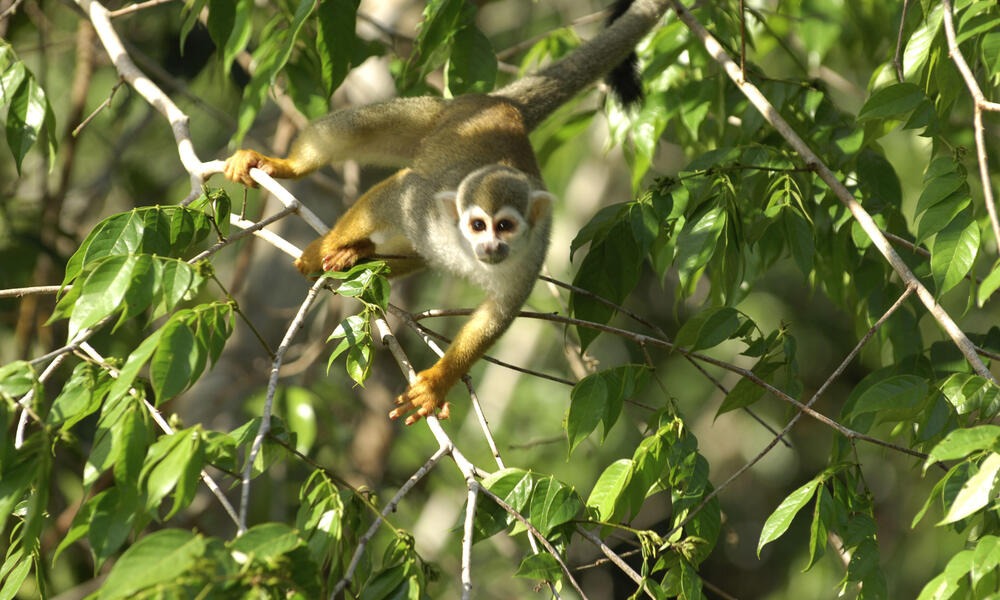 The Amazon contains millions of species, most of them still undescribed, and some of the world's most unusual wildlife. It is one of Earth's last refuges for jaguars, harpy eagles, and pink river dolphins, and home to thousands of birds and butterflies. Tree-dwelling species include southern two-toed sloths, pygmy marmosets, saddleback and emperor tamarins, and Goeldi's monkeys. The diversity of the region is staggering:

To protect these species, WWF works with local communities, partner nongovernmental organizations, corporations, and governments to ensure that deforestation and degradation of rivers are alleviated. 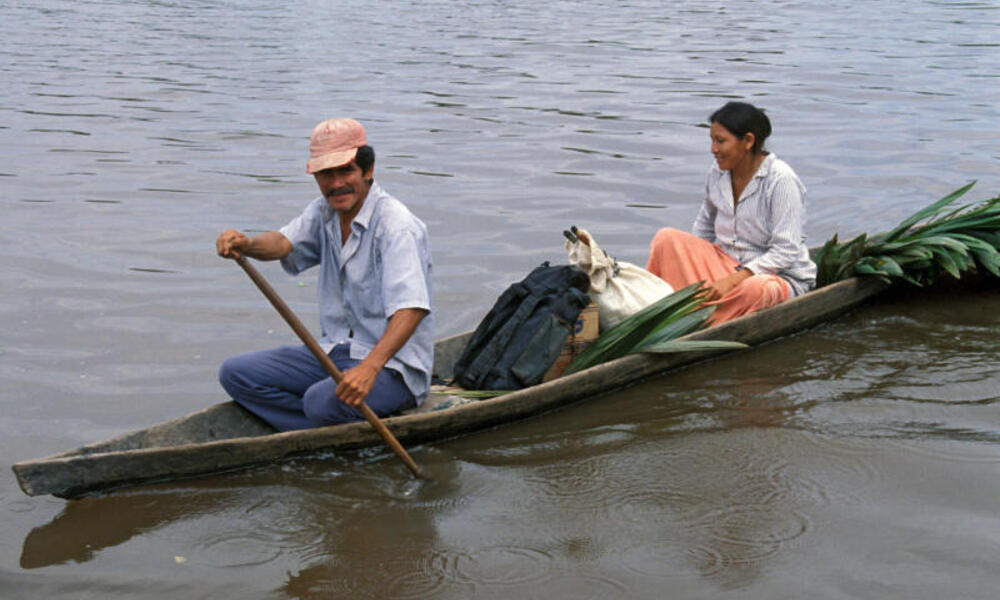 More than 30 million people, including 350 Indigenous and ethnic groups, live in the Amazon and depend on nature for agriculture, clothing, and traditional medicines. Most live in large urban centers, but all residents rely on the Amazon’s natural bounty for food, shelter, and livelihoods. People also use the region’s waterways for transport, much like those in the Peruvian Amazon pictured above. 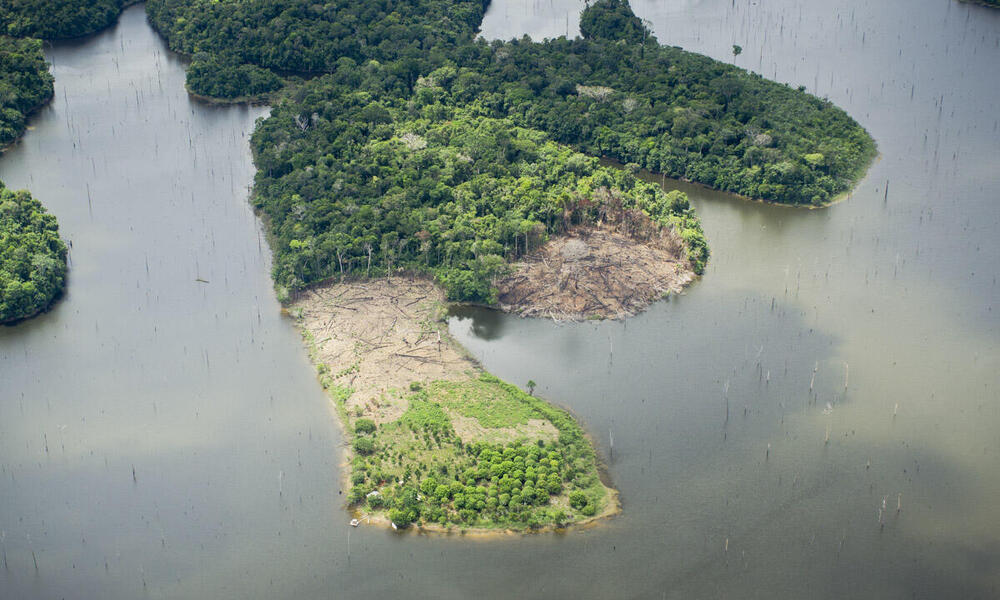 Despite its mighty splendor, the Amazon’s forest and freshwater systems are fragile and at risk.

There are several economic incentives in place that contribute to deforestation in the Amazon: Real estate speculation is a major driver. The price of land in the Amazon can increase up to tenfold once the forest has been cleared.

Amazon forests also suffer as global demand for products such as beef and soy increases. Forests are cleared for more and more cattle grazing pasture and cropland. These growing industries displace small farmers, forcing them into forested areas they must clear to sustain themselves.

Learn more about the food behind deforestation. 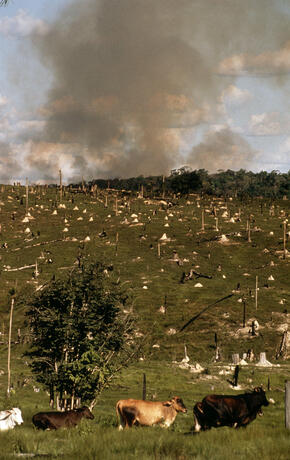 Transportation and energy infrastructure are essential for national and regional development, but when they are poorly planned, negative impacts can exceed short-term benefits. For example, building new roads exposes previously inaccessible areas of forest to illegal and unsustainable logging as well as illegal or unplanned settlements and agricultural expansion.

Hydropower is now used to meet Brazil’s growing demand for energy, but many dams are being constructed in areas of high conservation value. The dams:

To minimize the impacts of hydropower, WWF is promoting scenario planning (including a "no dams" scenario in some rivers) that explores alternative energy options, sites hydro dams with the entire system in mind, and promotes transboundary cooperation for river basin management. WWF has also mapped out freshwater connectivity corridors across the basin. This work has allowed us to pinpoint stretches of river that are most critical for connectivity to be maintained for the future health of the Amazon basin, its communities, and flagship freshwater species.

There is high demand for the natural resources found in the Amazon but weak law enforcement to safeguard them. In addition, inefficient extraction processes lead to the destruction of nature and wildlife. For example, mining activities contribute to soil erosion and water contamination. Mercury contamination of Amazonian waters from artisanal mining is of particular concern given the consequential impacts on human health and contamination of the food chain for fish and wildlife.

The Amazon is critical to our efforts to avoid a climate catastrophe. Water vapor released from the Amazon creates vast “flying rivers” in the atmosphere, which influence rainfall and thus agricultural production in central and southern South America. And the billions of tons of carbon stored in the Amazon rain forest is of global importance to slowing climate change.

But the Amazon is threatened by rising deforestation. Unprecedented droughts are happening with growing frequency. Dry seasons are hotter and longer. Long dry spells wither crops, decimate fisheries, and lead to forest fires. This can result in significant shifts in the makeup of ecosystems and a loss of species.

According to many notable scientists, including longtime friend of WWF Tom Lovejoy, the Amazon is close to a tipping point past which it will no longer be able to sustainably support itself. To ensure the Amazon’s future, for its people and biodiversity, deforestation in the region should not exceed 20%, and it is already at 18%. Our vision is one of zero net deforestation in the Amazon to safeguard this globally important ecosystem. 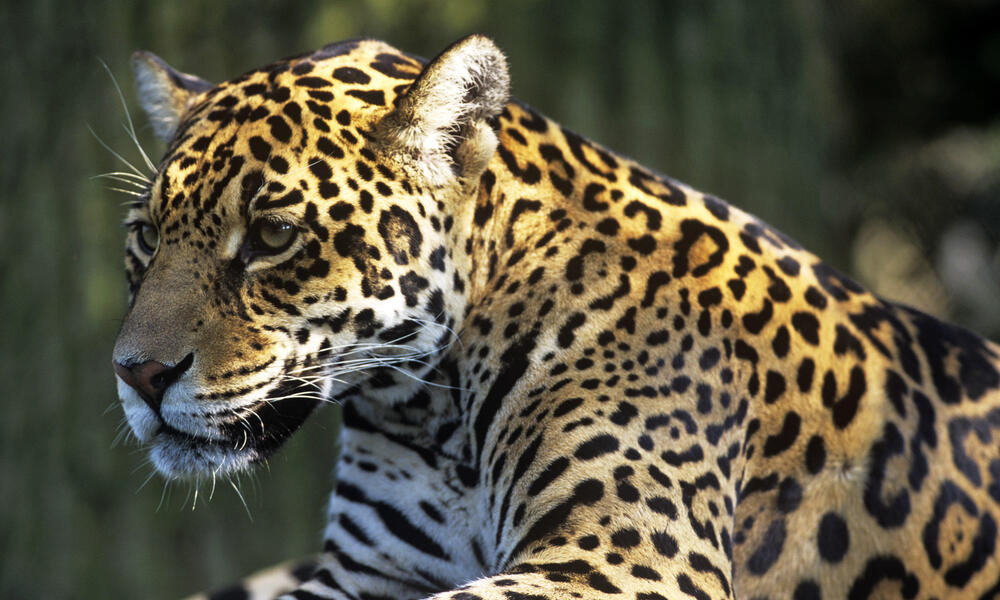 Protecting and conserving the Amazon, a place two-thirds the size of the United States, is a big job. WWF has been working in the Amazon for 40 years and is at the forefront of efforts to protect the people, forests, and species that call it home. We engage local communities and partner with governments to identify solutions that bridge the needs of economic development and conservation.

WWF collaborates with governments across the Amazon to create and manage protected forest areas.

In Brazil, through the Amazon Region Protected Areas (ARPA) program, WWF worked to create a network of parks covering 150 million acres of forest. This area is over 50% larger than the US National Park System. Today WWF supports the ongoing management of the parks.

In Colombia, a decades-long effort by organizations and environmental authorities supported by WWF led to the 2018 expansion of Serranía de Chiribiquete National Park. Located in the heart of the Colombian Amazon, the park was expanded to 4.3 million hectares, making it the world's largest national park protecting a tropical rain forest. In a double conservation win, it was also declared a UNESCO World Heritage site, reflecting its enormous environmental, cultural, and social value.

In Peru, an initiative announced in 2019 earmarked $140 million to permanently protect nearly 41 million acres in the Peruvian Amazon. Funding for the Peruvian government-led effort, known as National Parks: Peru's Natural Legacy, came from the government of Peru, WWF, the Gordon and Betty Moore Foundation, the Amazon Andes Fund, and the Global Environment Facility and provides support for things such as equipment training. This was a milestone not just for Peru but for the greater Amazon.

The Peru initiative, along with ARPA in Brazil and Heritage Colombia, a similar program under development in Colombia, will permanently protect approximately 12% of the Amazon. 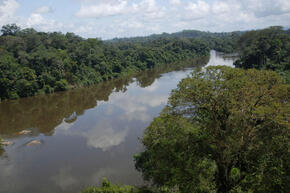 Each year, the Amazon loses thousands of square miles of forested area. Agricultural expansion, ranching, infrastructure projects, energy exploration, and illegal logging are to blame. We address the following:

Regional and global demand for natural resources, including timber and fish, can be met without devastating the environment. We work with agriculture and timber sectors to eliminate waste and increase production efficiency.

We also seek to promote demand for sustainable forest products. WWF engages local Indigenous communities and governments to manage protected areas and supports local communities’ ability to earn a living sustainably. For example, as part of the US Agency for International Development-funded Amazon Indigenous Rights and Resources (AIRR) project, WWF is focused on encouraging the development and scaling of Indigenous enterprises based on the sustainable use of forest products, fisheries management, and aquaculture.  And in a protected area in Bolivia, WWF supports training and organic certification for sustainable Brazil nut harvesting.