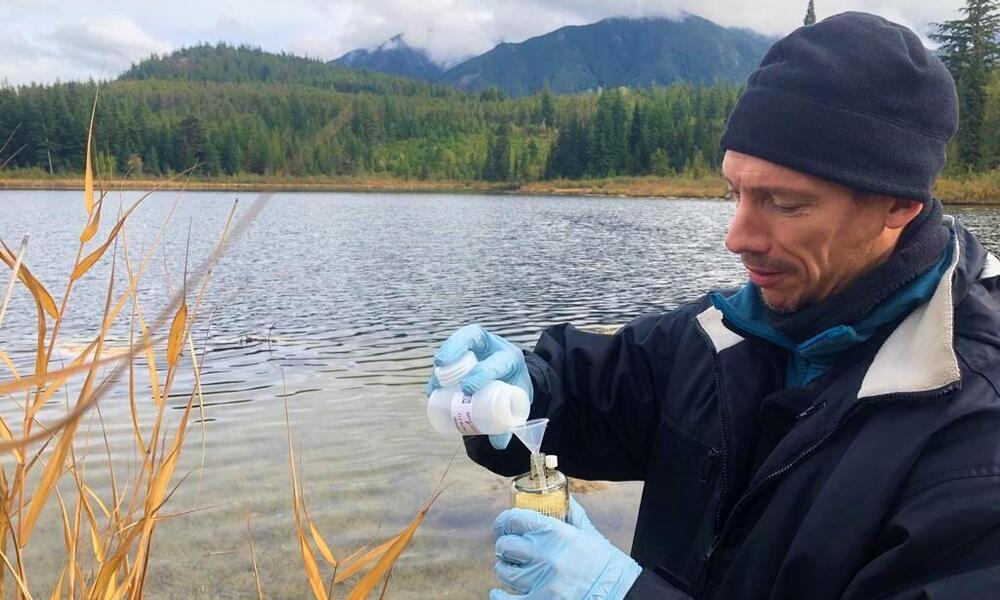 What is environmental DNA?

The challenge of monitoring biodiversity

There is an enormous diversity of life on earth. It is estimated that approximately 8.7 million species live on this planet; however, 86% of species on land and 91% of species in the ocean still await discovery.

Inventorying the world around us can be challenging and costly. Traditional methods for monitoring biodiversity, such as camera traps or aerial surveys, are labor-intensive and often costly.

With threats to biodiversity mounting, it is now more important than ever to monitor ecological systems quickly and efficiently, to help us protect and conserve the planet for nature and people.

The power of environmental DNA

If you have watched a true crime documentary, you may have realized that DNA is all around us. From a strand of hair to a fingerprint, we frequently leave traces of our genetic signature in our surroundings.

Animals also naturally shed DNA through their feces, skin, and hair as they move throughout their environment. By sampling soil, water, snow, or even air, we can access this environmental DNA (or eDNA).

An eDNA sample carries the genetic code of tens, maybe hundreds, of animals and can provide us with all kinds of information about the species living in an ecosystem.

A single sample containing eDNA can be used to detect endangered species, study the impacts of climate change, alert us to invisible threats such as pathogens, and assess the overall health of aquatic and terrestrial ecosystems.

“eDNA has the power to revolutionize biodiversity monitoring. A single sample can potentially identify everything from flagship species to insects, plants, and even viruses and bacteria.”

Using eDNA to monitor species within their habitat

WWF utilizes eDNA technology in multiple forms of biodiversity and species monitoring. WWF uses eDNA techniques to study the ecology and biodiversity of a geographic area by determining the species living in a given habitat, via eDNA traces present. WWF also employs eDNA tools to analyze the DNA of individual animals when studying populations of a single species.

The process for measuring biodiversity within an ecosystem

i
Wildlife shed DNA into the environment, thus becoming environmental DNA (eDNA)
t
i
This eDNA is distributed throughout the landscape by rain, wind, or even other animals
t
i
eDNA samples are collected in the field
t
i
DNA from the samples is extracted in the lab
t
i
DNA amplification zeros in on the group of species being targeted
t
i
Sequencing identifies what species' DNA is in your sample
t
i
Resulting sequences list
t
Species list is cross referenced with eDNA database to determine the species present in the ecosystem

“WWF is working with partners on an exciting new approach, which has yielded promising preliminary results. We're in the process of refining the methodology and hope that soon this technique can be used to study polar bears and potentially other species in a completely noninvasive way.”

i
Wildlife, like polar bears, shed DNA into the environment, thus becoming environmental DNA (eDNA)
t
i
This eDNA is left behind in pawprints made in the snow by individual animals
t
i
Snow is carefully scooped from each polar bear track
t
i
After the snow melts, the liquid sample is passed through a filter to capture the DNA
t
i
DNA from the samples is extracted in the lab
t
DNA Sequencing identifies which individual’s DNA is in your sample

How WWF is using eDNA for conservation 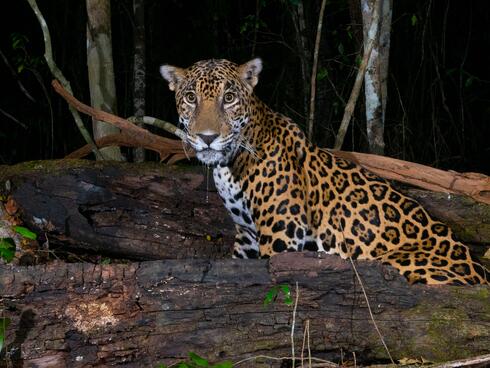 Searching for rare aquatic and terrestrial species in water
Since 2013, WWF, together with its scientific partners, has been developing new eDNA applications to improve the monitoring of species facing extinction. For example, we demonstrated the effectiveness of eDNA in cataloguing aquatic biodiversity in the Mekong River and in confirming the presence of extremely rare and threatened species such as the giant catfish and the Irrawaddy dolphin. In addition, our pioneering studies in the Amazonian forest of Peru and in British Columbia, Canada, demonstrated the potential of eDNA from water samples to quickly and effectively catalogue terrestrial mammal diversity in both tropical and temperate ecosystems, from small rodents to large carnivores. 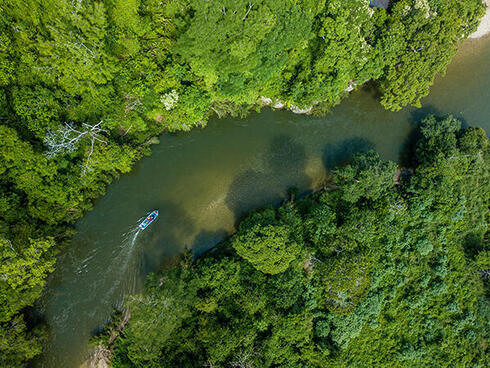 Monitoring wildlife recovery in restored forests
Ecosystem management and restoration strategies needed to support wildlife recovery in reforested landscapes call for comprehensive biodiversity monitoring data. To evaluate the power of eDNA in monitoring terrestrial wildlife, researchers from ETH Zurich, in collaboration with WWF and project partners, will collect water samples from rivers in reforested watersheds in Colombia. Inhabited by many ecologically important species, Colombian forests present a great opportunity to harness the power of eDNA in a landscape-scale wildlife assessment. Advancing the use of eDNA in monitoring terrestrial wildlife will help guide restoration and conservation projects in reaching their biodiversity objectives. 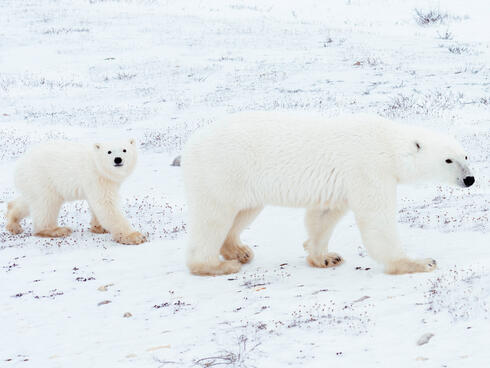 Identifying Individual Polar Bears from eDNA in their Tracks
Current methods for studying polar bear populations are challenging to execute and can be invasive for the bears. WWF and partners are testing and refining a new way to collect and analyze eDNA from polar bear tracks in the snow as an exciting new alternative. This non-invasive technique may allow us to identify individual polar bears from afar and better understand polar bear subpopulations. 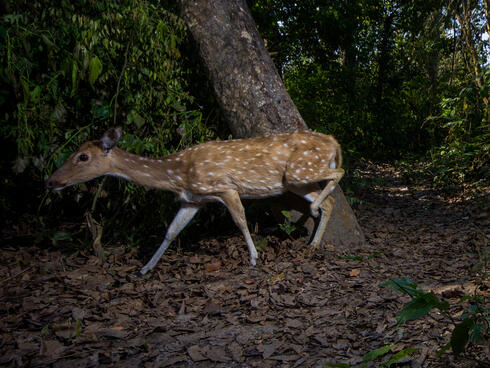 Counting Tiger Prey in Bhutan
Adult tigers need more than 10 pounds of meat per day, so abundant populations of prey species — primarily deer — are critical to tiger population recovery. In the forests of Bhutan, WWF will test eDNA to help assess tiger prey populations. This information can be used to better predict how many tigers can live in a given area and determine whether there is sufficient food to maintain or increase tiger numbers.