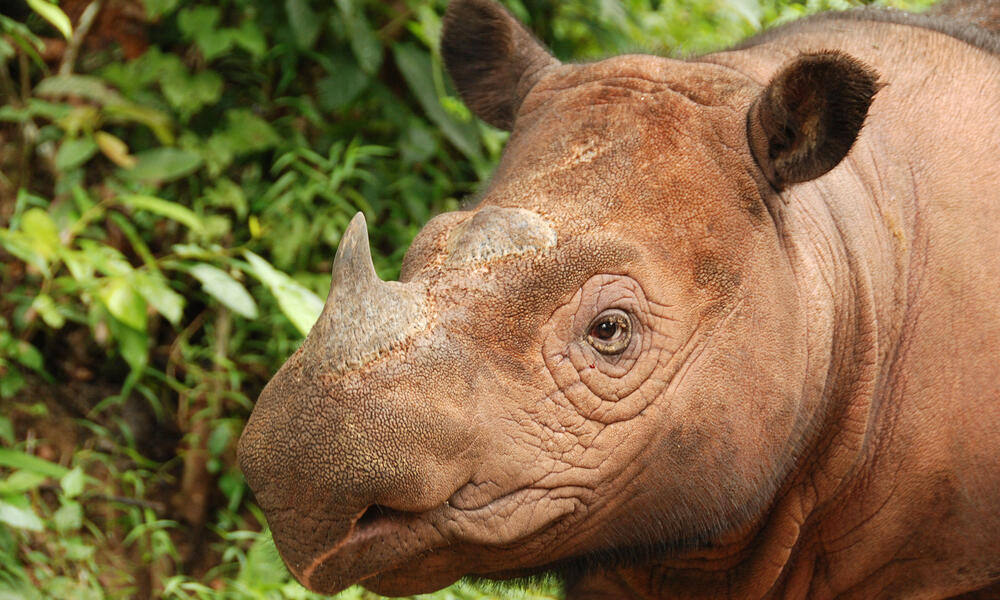 Just because you don’t see something, doesn’t mean it isn’t there.

As a scientist on the WWF wildlife conservation team, my role is to my role is better understand the complex interactions among rhino populations and apply that to our animal monitoring and conservation work. While that concept may sound complicated, the simple fact is that we never know true population numbers because most of the species we are dealing with are rarely seen in the wild. Most often, all we have is a footprint in the mud, a scratch on a tree or a picture from a camera-trap. We use these clues as a positive sign that rhinos are present and in some cases, we can convert them into numbers to gauge the real state of a population and how numbers are changing over time. 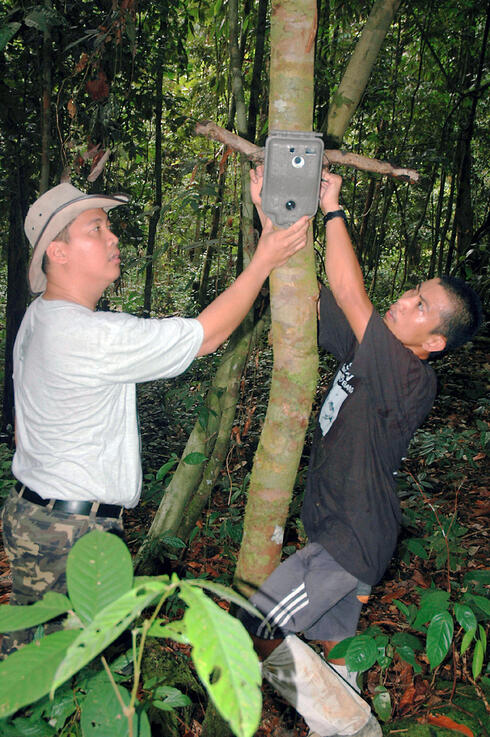 This camera trap took the first ever photograph of a wild Sumatran rhino subspecies on the island of Borneo in April 2006.

The Sumatran rhino is without a doubt the most challenging and exciting species I’ve ever surveyed. This species survives only in three fragmented populations on the island of Sumatra, with an additional unknown number of animals in Kalimantan on the island of Borneo. It roams dense tropical lowland forest habitat, which it shares with tigers, elephants, bears, tapirs, and so many other fascinating creatures.

The Sumatran rhino is so rare and elusive that even the most senior of the rangers I have met have never seen the animal in the wild. For the last six years, we have been working with Bukit Barisan Selatan National Park’s rangers and local NGO staff to collect information about the species in the field. Tens of rangers have methodically searched the entire forest at least three times. They have observed footprints and collected dung, and they have set-up camera traps in every corner of the forest in the hope of getting a hint of the population status.

Despite all these efforts, we still don’t know how many rhinos are left in the park. In all those years, we only managed to get a few pictures of two different rhinos. The camera traps have not captured any new rhino pictures since 2014. We still find footprints in the forest, but these are not a reliable indicator of rhino presence due to the possible confusion of their prints with those of the Asian tapir, a species that is abundant in this park.

However, as a wildlife monitoring expert, I learned that just because you don’t see something doesn't mean it’s is not there—especially for such rare and elusive animal. In 2017, our field teams intensified their research to an unprecedented level. They will set up a camera trap in every square kilometer of the forest, and they will collect samples of water in all rivers and ponds from which they expect to find rhino DNA. They will do all they can to ensure that every remaining rhino in the park is known and located precisely so that the appropriate and urgent conservation action can be taken to secure them.