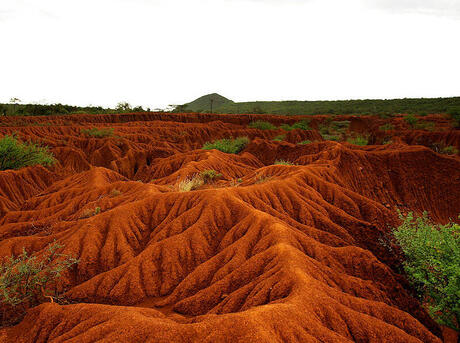 Soil is the earth’s fragile skin that anchors all life on Earth. It is comprised of countless species that create a dynamic and complex ecosystem and is among the most precious resources to humans. Increased demand for agriculture commodities generates incentives to convert forests and grasslands to farm fields and pastures. The transition to agriculture from natural vegetation often cannot hold onto the soil and many of these plants, such as coffee, cotton, palm oil, soybean and wheat, can actually increase soil erosion beyond the soil’s ability to maintain itself.

Half of the topsoil on the planet has been lost in the last 150 years. In addition to erosion, soil quality is affected by other aspects of agriculture. These impacts include compaction, loss of soil structure, nutrient degradation, and soil salinity. These are very real and at times severe issues.

The effects of soil erosion go beyond the loss of fertile land. It has led to increased pollution and sedimentation in streams and rivers, clogging these waterways and causing declines in fish and other species. And degraded lands are also often less able to hold onto water, which can worsen flooding. Sustainable land use can help to reduce the impacts of agriculture and livestock, preventing soil degradation and erosion and the loss of valuable land to desertification.

The health of soil is a primary concern to farmers and the global community whose livelihoods depend on well managed agriculture that starts with the dirt beneath our feet. While there are many challenges to maintaining healthy soil, there are also solutions and a dedicated group of people, including WWF, who work to innovate and maintain the fragile skin from which biodiversity springs.

Can forensics save forests?

It's hard to identify a tree species by looking at just the wood. We rarely know whether the tree listed on the label of wood products is accurate—or legal. WWF is looking to forensics for answers. 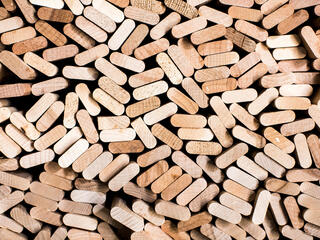 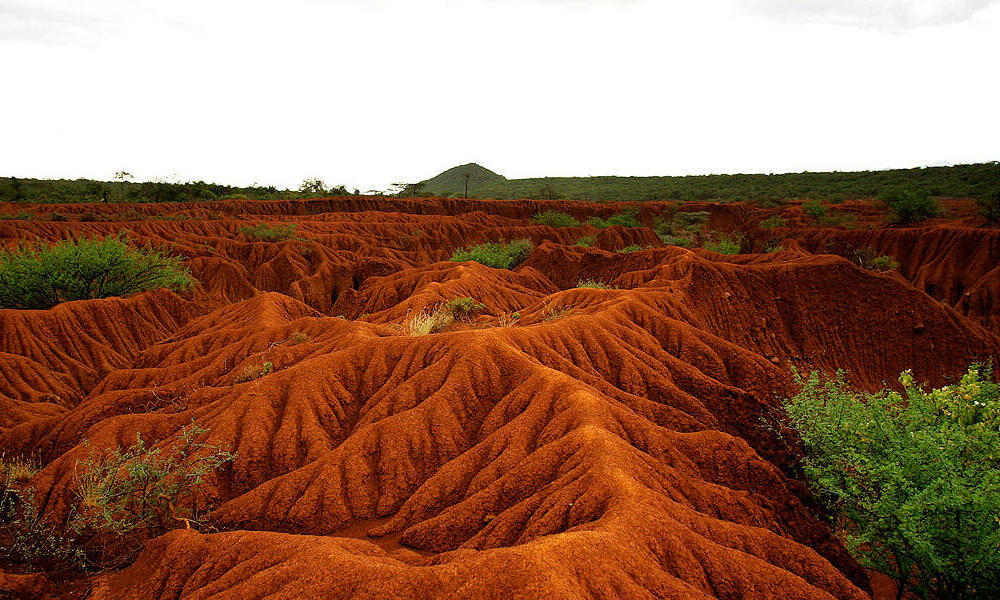 Working on providing guidelines for local herders to avoid overgrazing.

As the human population has expanded, more and more land has been cleared for agriculture and other pursuits that degrade the soil and make erosion more likely to occur.

When agriculture fields replace natural vegetation, topsoil is exposed and can dry out. The diversity and quantity of microorganisms that help to keep the soil fertile can decrease, and nutrients may wash out. Soil can be blown away by the winds or washed away by rains.

Without plant cover, erosion can occur and sweep the land into rivers. The agricultural plants that often replace the trees cannot hold onto the soil and many of these plants, such as coffee, cotton, palm oil, soybean and wheat, can actually worsen soil erosion. And as land loses its fertile soil, agricultural producers move on, clear more forest and continue the cycle of soil loss.

The conversion of natural ecosystems to pasture land doesn’t damage the land initially as much as crop production, but this change in usage can lead to high rates of erosion and loss of topsoil and nutrients. Overgrazing can reduce ground cover, enabling erosion and compaction of the land by wind and rain.. This reduces the ability for plants to grow and water to penetrate, which harms soil microbes and results in serious erosion of the land.

Pesticides and other chemicals used on crop plants have helped farmers to increase yields. Scientists have found that overuse of some of these chemicals changes soil composition and disrupts the balance of microorganisms in the soil. This stimulates the growth of harmful bacteria at the expense of beneficial kinds. 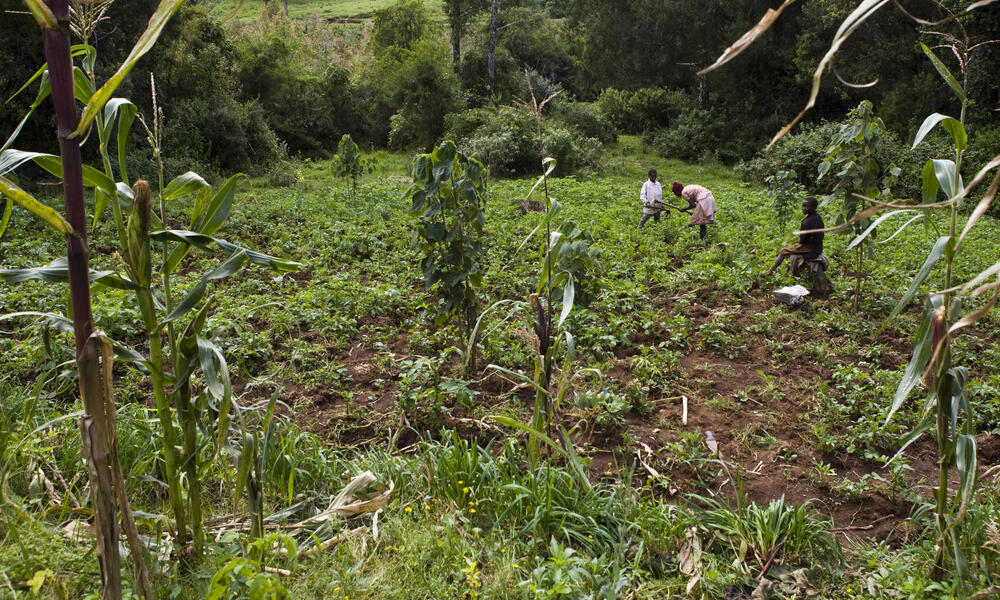 Crops like napier grass are good for soil retention, regeneration and fodder use.

Desertification can be characterized by the droughts and arid conditions the landscape endures as a result of human exploitation of fragile ecosystems. Effects include land degradation, soil erosion and sterility, and a loss of biodiversity, with huge economic costs for nations where deserts are growing.

Arable land is any land that can be used to grow crops. Many of the practices used in growing those crops can lead to the loss of topsoil and destruction of soil characteristics that make agriculture possible.

Soil eroded from the land, along with pesticides and fertilizers applied to fields, washes into streams and waterways. This sedimentation and pollution can damage freshwater and marine habitats and the local communities that depend on them.

Land is often transformed from a forest or other natural landscape, such as floodplains and wetlands, into a crop field or pasture. The converted land is less able to soak up water, making flooding more common. There are methods to improve soil water holding capacity as well as restoration and maintenance of wetlands.

As a growing human population cuts down forests and transforms natural landscapes into fields for agricultural crops and pasture land, the sustainable use of the world’s natural resources is becoming increasingly important.

Agriculture gives us food, fiber, and even biofuels. Farming is the world’s largest industry, employing a billion people who produce more than $1 trillion of food annually. WWF works with farmers, major companies and their supply chains to promote the use and development of sustainable agriculture that preserves and restores critical habitats, helps protect watersheds and improves the health of soil and water.

Eliminating all deforestation is not possible. Parts of the landscape will need to be reshaped and altered as populations grow and change—but this can be balanced through sustainable forest management, reforestation efforts and maintaining the integrity of protected areas. Given the amount of deforestation around the world, zero net deforestation may seem unattainable. However, it is not only possible, but necessary if we intend to preserve our most precious wildlife, respect and empower local communities, maintain critical ecosystem services and reduce greenhouse gas emissions. Some nations are already finding success. Paraguay reduced the rate of deforestation in their country by 85% in the years just following enactment of its 2004 Zero Deforestation Law. WWF advocates for governments, international bodies and other stakeholders to make zero net deforestation a reality by 2020.

To prevent desert expansion, WWF works to preserve and restore ecosystems in danger of desertification. For example, in the Mediterranean, WWF developed a program to create a network of protected forests to integrate conservation and development so that local people would benefit from their natural heritage.