In a typical day, you might drive to work, do a load of laundry, or watch TV in an air-conditioned room. Every one of those actions comes with a price that extends beyond the one measured in dollars and cents withdrawn from a bank—this price comes in the form of natural resources withdrawn from the Earth. 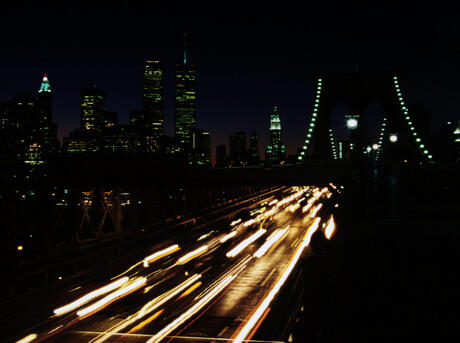 By adding up all of those withdrawals, we can calculate the human footprint on the planet—a measure of how much we are using the Earth’s natural resources. The withdrawals come in six categories:

At the same time, we calculate the planet’s total biocapacity—Earth’s ability to produce natural resources, provide land for humans to build on, and absorb waste such as carbon emissions.

Put the two numbers together and the problem becomes increasingly clear. It takes a year and a half to generate the resources that the human population uses in only a year. Simply put, this is not a sustainable path for our planet’s future.

Another way to look at this is to say that it would take 1.6 Earths to produce all the renewable resources we use. And worse, the human population is expected to use the equivalent of 2 Earths of renewable resources per year by 2050. The effect of this overuse is a growing scarcity of resources—2.7 billion people, for example, already face water scarcity at least one month out of the year. 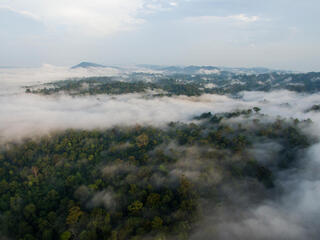 Every human produces an individual ecological footprint that is determined largely by the wealth and level of development in the country they live in—more developed countries have a larger footprint on average—but the choices we make in our daily lives also contribute. Driving a car, running clothes through a dryer, turning on the air conditioning—these are activities that add up to a larger footprint.

If everyone in the world lived like the residents of the U.S., humanity’s annual demand on nature would equal a whopping 4 Earths per year. Only the residents of four countries—Qatar, Kuwait, United Arab Emirates and Denmark—have larger average footprints.

The challenge of reducing our footprint grows more complex everyday. How do we decrease our resource use and at the same time create a future that provides food, water and energy for the 9 billion people that will share the planet in 2050?

The goal is that everyone lives within the Earth’s capacity to sustain people and nature—and has equitable access to, and use of, natural resources.

Small changes to our lives can help to reduce our footprints—walking or biking instead of driving, replacing the dryer with a clothesline, turning off the air conditioner or running it less often.

We'll send you email action alerts on breaking issues and let you send personalized messages to policy makers. You can track which actions you've taken and learn about your victories. Sign up today!

Think about what you buy and where you buy it

Look for labels that identify food and other consumer goods produced with minimal or no negative impact on the environment or society. And if you can't see a label, ask the store where the product came from and how it was made. Global labels and certifications that aim to protect forests, oceans, land and waterways include: