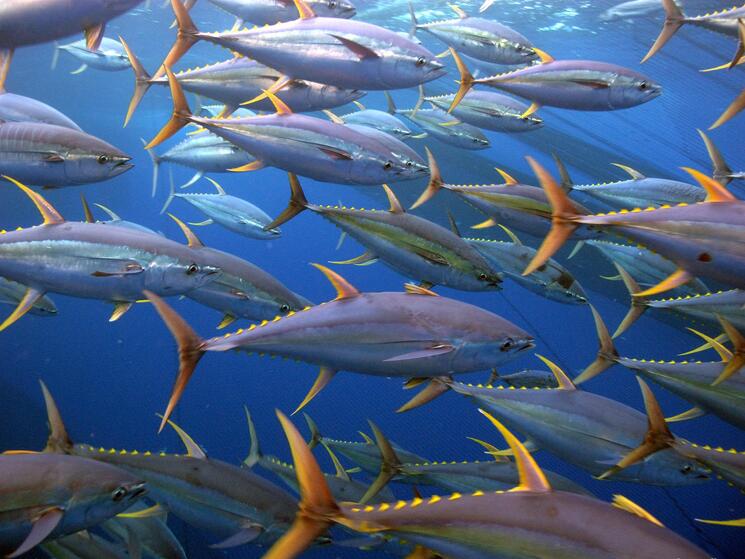 Look before you Blockchain

When it comes to agriculture, what you don’t know can hurt you. That’s why companies are beginning to use blockchain technology to trace food products—notably, seafood, beef, and soy—back to their source. But, according to Accenture's new report titled “Tracing the Supply Chain: How Blockchain Can Enable Traceability in the Food Industry,” using the technology well takes careful planning and wide collaboration.

Global commodity supply chains are far-reaching, complex, and immensely fragmented. Millions of producers supply thousands of processors that sell to thousands of importers and so on. Without complete traceability, companies put their brands and potentially even their customers’ safety at risk. Food recalls, exposés of slave labour, reports of illegal deforestationand Illegal, unreported and unregulated fishing (IUU), are just a few examples.

Today’s paper-based systems for tracking food to its source are a 20th century solution in a 21st century marketplace. Platforms like blockchain, however, enable anyone with a smartphone and internet access to connect with everyone else from fishers and farmers to retailers and restaurants to shed light on current complex and opaque supply chains. That’s the kind of visibility that companies need to mitigate risk, to reputation and product alike.

In addition to providing traceability, systems like blockchain can also lower costs and achieve efficiency gains through improved supply chain and inventory management. Improved transparency can help companies recall products in less time for less money. Indeed, our report reveals that blockchain technology can create a transparency revolution in our global food system, but only if industry, producers, financial institutions, government, and civil society follow a few basic guidelines.

First, there is a lot of excitement around blockchain technology. But, before investing capital into the development of a blockchain solution, companies must ensure that blockchain adds the intended value. In general, our research showed that it could enhance traceability for a variety of commodities, including wild-caught tuna, farmed shrimp, soy, and beef.

Second, any blockchain system must be able to connect millions of farmers, hundreds of processors, and thousands more distributors, brands, retailers, and foodservice companies. It will work only if it’s interoperable and digital transformation is enabled. It will fail if fishers, farmers, and processors use different systems for each of the hundreds of retailers, traders, and other companies further down the supply chain. As companies jump on the blockchain bandwagon, many are creating their own in-house, enterprise solutions with different languages and transaction systems.

Third, data must be presented uniformly. (Anyone who has tried to merge two differently formatted Excel spreadsheets can tell you how important that is.) Producers, processors, and others along the supply chain must use consistent language to refer to products and their characteristics—from agreeing on “soy” versus “soya” to kilograms versus tons. Otherwise, companies will end up with a towering babble of data.

Fourth, even immaculately designed systems cannot avoid human error. People make mistakes, so using electronic trackers and other devices that automatically upload information to the blockchain, such as radio ID tags, can improve the quality and consistency of data shared on the blockchain.

Finally, companies must strike the right balance between transparency, security, and privacy. Of course, blockchain systems should include as much detail as necessary to trace products. But exposing the names and addresses of thousands of producers could put them at risk. Companies may use information to gain competitive advantage over their rivals, so, where possible, transaction details such as quantity and price between two participants would be visible only to stakeholders of the transaction.

Early blockchain trials are promising, but it is still early days. It could be a powerful tool, but it won’t work if companies wield it blindly. They need to coordinate with their buyers, suppliers, partners, and even their competitors to build an effective, sustainable, and interoperable system. That’s the best way—perhaps the only way—that companies can eliminate illegal and unethical practices from their supply chains and, better yet, from the planet entirely.

The Gordon and Betty Moore Foundation funded “Tracing the Supply Chain: How blockchain can enable traceability in the food industry” as part of its efforts to assess the feasibility and costs associated with accelerating blockchain for traceability in beef, soy, farmed shrimp and wild capture tuna supply chains—namely, soy and beef in Latin America and aquaculture in South and Southeast Asia. The report benefited from advisors, including representatives from SAP, Microsoft, IBM, Republic Systems, Synapse Nexus, and WWF.

This blog was originally posted on Accenture's Technology Innovation blog.