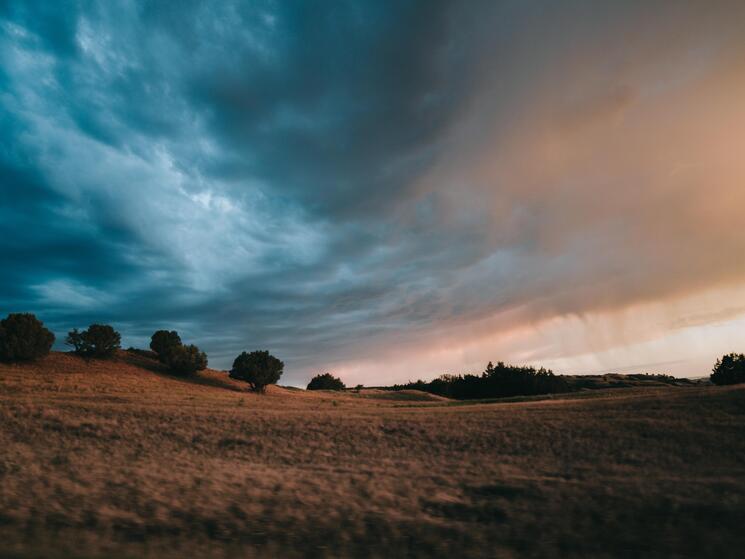 The Markets Institute @ WWF’s Top Issues, Trends, and Tools for 2018

The Markets Institute at WWF identifies global issues, trends, and tools around the most pressing challenges of our time. Each year we release a list of what we see as the top emerging industry developments that may not be apparent to help stakeholders stay ahead of the curve, and to help us all shift faster.

The lists are identified through research, interviews, data analysis, and discussions with our Thought Leader Group. Here are the top issues, trends, and tools to keep an eye on in 2018:

With the recent resurfacing of nationalism around the world, we should expect an increase in trade wars as countries use trade to negotiate many different issues including global parity around cost of production as well as positioning countries to support domestic political platforms and constituencies. If/when trade wars come to include food—whether to close borders entirely or even just limit exports—then it will most certainly cause environmental impacts.

The rush to limit plastic in the environment and particularly plastic ending up in the oceans is unprecedented. The full extent of the environmental impacts of plastic are only beginning to be understood. However, plastic does have several benefits, especially when it comes to food in terms of both safety and improved storage life. We need to be careful that we don’t move so far to remove plastics that we begin to increase food loss and waste. We need to find ways to recreate the benefits and convenience of plastic, or we need to find ways to keep plastics out of the environment or both.

From traceability to transparency

For several years, companies have become more and more interested in where their products are produced. Certification and verification systems do this (to some extent), but they are expensive and often proprietary, so many different systems have been created including—but not limited to—Blockchain. The traceability systems, however, rarely go all the way to the farm where production happens, or even further back to feed and other inputs. And now companies are beginning to realize that it is probably more important to know how the product is produced as where it is produced.

The rise of urban and controlled environment agriculture

There are hundreds of vertical, soilless agriculture operations in the US and thousands around the world. These operations offer the opportunity of producing food in urban areas, in food deserts, and in areas with severe water shortages. They also have the potential to reduce food loss and increase shelf life. While the number of species grown is still rather small and dominated by leafy greens, it is broadening. The cost of production remains high, but the operations are akin to that of solar and wind power in the 1970s. As the industry grows and people innovate, the costs will go down and these systems will be more affordable and more versatile. Even better if the actors can share knowledge on certain technology and grow more quickly through collaboration.

The impacts of climate change, both chronic and extreme weather events, have occurred more quickly than anyone thought. We are already seeing undeniable impacts on production, livelihoods, and nutrition. Two places where this is most pronounced are with smallholder producers of tree crops: cocoa in West Africa and coffee in Central America. Many producers are beginning to struggle as their products and production systems falter in the face of unpredictable rains and drought and the spread of pests and diseases. Governments have generally reduced funding for food and agriculture just when they need to be increasing it. Companies need to find ways to invest in the producers in their supply chains not just for traceability and transparency but also for resiliency.

E-commerce for food has grown considerably in recent years. It started with fast food delivery services like pizza in the US. But it has expanded to include uncooked food home delivery, mostly in China starting with Alibaba, and then on to the US with Amazon, Blue Apron, and more. Some grocery retailers have been delivering food for over a decade and they are stepping up the pace to compete. This trend will only expand.

Consumption patterns have shifted for as long as people have been exposed to different foods and types of cuisine. This of course increased as mass transportation became more common, and it has increased even more as social media has connected people around the world through food. Today, health and nutrition concerns, as well as age also influence consumption. However, as food becomes more global and even niche markets can be quite large, global finance is also increasing the pace and scale of change. When coupled with high net worth individuals with strong food preferences and opinions, even more funding becomes available.

In the face of climate change, the rise of nationalism and increasing trade wars, companies are investing increasing amounts in mergers and acquisitions and less in research and development. It is cheaper to buy innovation and market share than it is to build it out from scratch. There are simply too many things that can be relevant to a viable company today than ever before.

The number of precompetitive platforms has increased rapidly as companies begin to realize that many of the most important issues they must address are shared with others, as are the solutions. Sustainability is a precompetitive issue. Companies are responsible for what they do directly, however, most of the biggest impact of food products are where and how raw materials are produced and then consumed. What happens in the middle has fewer impacts. No company can solve production and consumption issues alone. Climate change and other crises will spur more collaboration.

As questions on healthier and more nutritious diets become more common, calories will no longer be a sufficient metric for malnourishment. We need a common set of metrics to compare proteins and other key nutrients from very different kinds of foods so that we can compare apples to apples, so to speak. Many plants have proteins—are they the right ones? Many animal proteins have nutrients—are they the right ones? At what ages are different proteins and nutrients most important in human lives? How many of these proteins and nutrients already exist in household gardens of local communities and indigenous people but have never been studied by science? Is there a way to create averages or ranges, or is every individual truly unique?

CRISPR and other types of gene editing allow for the selection and replication of traits that already exist within a genome, e.g. productivity, flavor profiles, and nutrient density. However, they are also tools that can be used to help make organisms more resilient in the face of climate change, e.g. drought or heat tolerance, disease resistance, or geographic and conditional variation. These same tools can be used to create GMOs, but their benefits can also come from working on single species. Whether that happens or not in some geographies will depend on if gene editing within a species is considered a GMO or not. Portable DNA sequencers are another genetic tool to keep an eye on, with potential for hunting down pests, testing for viruses, and bringing science directly into the hands of farmers.

There have been a plethora of new robotic and other technology developments along the value chain. Drones monitor field conditions including soil moisture, plant health, and disease outbreaks at a fraction of the costs of humans, and very quickly with higher levels of certainty. Tractors drive themselves while also geo-spatially monitoring seeding rates and fertilizer applications, herbicide applications and pest issues, and productivity tied back to inputs used. Agrobots can be used to help determine optimal harvest times and increasingly, harvesting can be automated. Finally, distribution centers are automated and home food deliveries can be made by bots. There’s no question this will be a multibillion dollar industry in short order, but how it will impact labor and if/when it will price some farmers out of the business remains to be seen.

Many companies are making commitments to reduce GHG emissions to help limit global warming to below 2 degrees Celsius. They have started with scope 1 emissions (what they produce themselves onsite) and scope 2 emissions (the energy they purchase). However, in the food industry, scope 3 emissions (how raw materials are produced upstream and how products are consumed) are by far the largest contribution. As we have seen with other certification programs, making commitments is one thing, making change happen is quite another. If the food sector is going to make a meaningful contribution to prevent climate change, we need to find the right incentives.

Social media has allowed the spread of misinformation at unprecedented levels. Couple that with the fact that more people seem to be driven by their own opinions or those of trusted friends than they are by science, and there’s a perfect storm of misinformation. This is a minefield for anyone interested in science-based solutions for the world’s most pressing problems, but it is increasingly difficult for government and the private sector to navigate this space. Social media and the underlying technology are powering the spread of misinformation, and at the end of the day the platforms intended to bring us together are leading to social polarization.

Stay tuned for what else we see this year, and help us keep an eye on the horizon.

If you haven't already, sign up for our weekly update to see how these trends evolve.