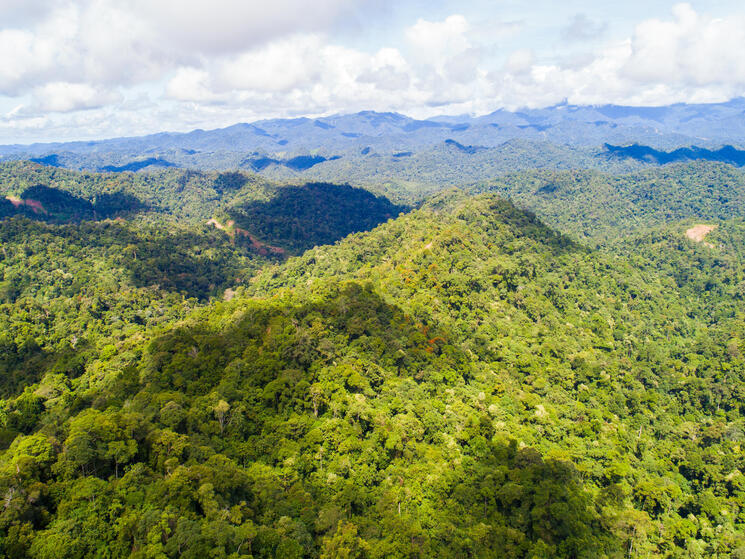 Walmart and Unilever are changing the way we think about saving the world’s forests and mitigating climate change.

How? Walmart is teaming up with its vast network of suppliers, including Unilever, in a novel approach to tackle deforestation. If successful, this will keep massive quantities of carbon locked away in healthy forests rather than released to the atmosphere when forests are felled. Kathleen McLaughlin, Walmart’s Chief Sustainability Officer, made this exciting announcement at the Global Climate Action Summit in September.

To understand how big a deal this is, let’s take a step back. When Walmart launched Project Gigaton two years ago, it encouraged its suppliers to use voluntary sustainability standards, such as the Forest Stewardship Council or Roundtable for Responsible Palm Oil (RSPO), to ensure that their purchases do not drive deforestation but, instead, contribute to the project’s overall goal of avoiding one billion tons of carbon emissions before 2030. These standards effectively pair consumer demand for responsibly-produced goods with farmers and producers who demonstrate good management practices. However, global deforestation is proving to be a daunting challenge that requires even greater effort and innovation to move the needle at scale and across entire landscapes.

And that’s where Walmart’s announcement comes in.

The company will launch a platform to mobilize its suppliers to support locally-led, multi-stakeholder initiatives that are tackling deforestation in key commodity-producing regions where they purchase soy, beef, palm oil and timber. These “jurisdictional approaches” align producers, local governments, global companies, and others within a single geography around a shared vision for balancing production, protection and restoration, and inclusion of local communities. Partnerships like these can combine the policymaking power of governments with the market pull of major corporations to overcome challenges that no one entity could take on alone.

The potential benefits for global forests and climate are enormous. For example, 38 states and provinces (also known as “jurisdictions”) make up the Governors’ Climate and Forest Task Force, which works to advance jurisdictional approaches that promote economic development while reducing deforestation. If successful, jurisdictional approaches in these 38 places alone could avoid over 500 million tons of carbon emissions each year through 2030.

The rubber will meet the road where Walmart and its suppliers support place-based solutions in important sourcing regions. We already have a great example of that. On the heels of Walmart’s announcement, Unilever announced that it will be the first supplier to support a jurisdictional initiative using this new platform. Speaking at the climate summit, Unilever’s Chief Sustainability Officer, Jeff Seabright, declared the company’s commitment to support restoration of two critical wildlife corridors and two riparian reserves in the state of Sabah, Malaysia, as well as to support growers in achieving both the State’s policy commitment of MSPO certification and RSPO certification of 60,000 hectares of palm oil. These activities demonstrate Unilever’s continued commitment to jurisdictional approaches and will be an important contribution to the State’s goal of bringing 100 percent of its palm oil production in line with MSPO and the RSPO standards by 2025, complementing the actions that other stakeholders are taking in the landscape.

With Walmart using this new platform to forge connections between suppliers and key forested jurisdictions, more partnerships can be anticipated around the corner to help tackle the diverse challenges of commodity-driven deforestation in different regions.

WWF, Conservation International, Environmental Defense Fund and The Nature Conservancy will team with Walmart and its suppliers to facilitate these connections and advise on how best to engage in each geography along the way. It will be an exciting journey. And one that is desperately needed right now if we want to save the world’s forests.