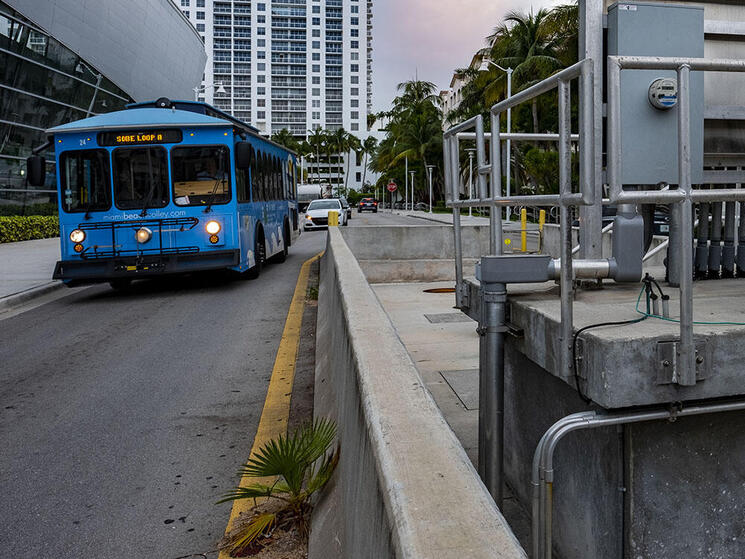 Positive Trends in US Climate Action

The United States has not had a consistent role or leadership voice when it comes to the global response to climate change - leading the negotiations on Kyoto, and then withdrawing; leading the negotiations on Paris, and then withdrawing. But beneath that instability lies a consistent and positive trend in the actions of everyday people and their communities, a strong and growing desire for America to rise to the climate challenge. Last week marked the third anniversary of President Trump's announcement of his intent to withdraw the US from Paris. The world looks remarkably different than it did then, and many of us are grappling anew with the pervasive and debilitating forces of racism and the rolling devastation of the coronavirus. Today, we want to celebrate positive trends in climate action, specific to the role of non-federal actors, that have continued unabated during that time and have the potential to scale.

In the absence of leadership from the Administration, along with debilitating rollbacks of critical environmental and public health safeguards, a broad coalition of actors stepped up to declare We Are Still In. Climate action in the United States has since been defined by the momentum and commitment of leaders at the local level. A new light now shines onto the efforts of city, state and tribal governments to tackle their greenhouse gas emissions and build community resilience, and a greater sense of responsibility has permeated academia, the private sector, and the leadership of our faith, cultural, and health communities.

Trend #1 - More Local and State Level Action on Climate Change
Cities and states are pushing back against federal deregulation and leading the charge on addressing the challenge and now one third of the entire US economy (larger than the economy of Japan!) operates under an emissions cap. And this is really important - decision making around climate policy is highly decentralized in the United States.

It is very possible that your city, county, or state has more influence over whether you have access to an electric vehicle or renewable energy than the federal government has. Plus, hundreds of cities, and dozens of Fortune 500 companies are moving to 100% clean energy, which explains why, for the first time ever, renewable energy consumption has surpassed coal.

Scaling up the trend:
- In the context of the coronavirus pandemic and its associated economic downturn, state and local governments must receive direct relief that allows them to maintain and strengthen critical climate resilience, mitigation, and sustainability efforts while meeting the urgent needs of their communities.
- If you're interested in moving the US forward on climate change, there is no better place to look than your own community. Check out if your community has signed on to We Are Still In, and if not, reach out to us directly on how to push them to do so!

Trend #2 - American climate leaders are increasingly participating in the international process without the federal government.
Starting in 2014, the United Nations (UN) took an increasing interest in what was happening not just in national governments, but in communities and companies around the world. It was clear that many decisions that are made about climate change are not made in capitals, but are made in communities. Businesses own fleets of vehicles to manage their supply chains,, cities design and implement public transit systems, and commuting choices are made by a family. We would never solve the climate challenge if these groups were excluded.

To support these communities in the global arena, we created the US Climate Action Center in 2017 - a home to showcase their climate work at the international climate negotiations following the announcement of the US withdrawal - and we were welcomed with open arms by the UN. They recognized that a center for the real actors of the economy was a natural evolution of the Paris process, though they have not directly participated in official negotiations to date.

Scaling up the trend:
- Rather than keeping non-national actors at side events, outside of the formal process, the UK should institute the first official forum for including subnational actors in the climate solution. Progress on this front looks promising, with the global Race to Zero effort uplifting the work of cities, universities, civil society, etc.
- As countries and regions around the world recognize the need for collaborative action, the model that has emerged from the US should be applied elsewhere. In six other countries, with more on the way, Alliances for Climate Action have developed to strengthen partnerships between diverse actors and assert the importance of subnational contributions.

Trend #3 - Cities, States, Businesses, and others are not just addressing their own carbon pollution, they are increasingly working together to solve the larger problem.

Limiting the impacts of the climate crisis will take an effort by all of us to change our behavior, our priorities, and how we think about the economy and prosperity. Major institutions in the United States are now thinking beyond their own operations to determine how they can be part of a broader solution. We see new and exciting examples of this every day in the private sector, in cities, and even states.

When institutions and individuals take voluntary action - above and beyond what they are required or even expected to do - they can affect broader change. And every day, more take up this charge and add their unique value and voice to this challenge. Farmers along the Mississippi can sequester carbon from the atmosphere, university students can provide extra capacity to their cities and communities, museums can educate the public on climate impacts and opportunities to make a difference.

Scaling up the Trend:
- We need a national plan for climate action that raises our collective ambition, emphasizes the importance of state and local policy, and draws direct connections between our goals and the steps that public and private sector entities can take towards delivering on them together.
- The federal government could (and ideally would) play a pivotal role in crafting this plan, by providing strategic investments and crafting facilitative policies and regulations, but the powerhouse coalitions of non-federal actors who are committed to climate action at scale should be prepared to develop this plan independently.