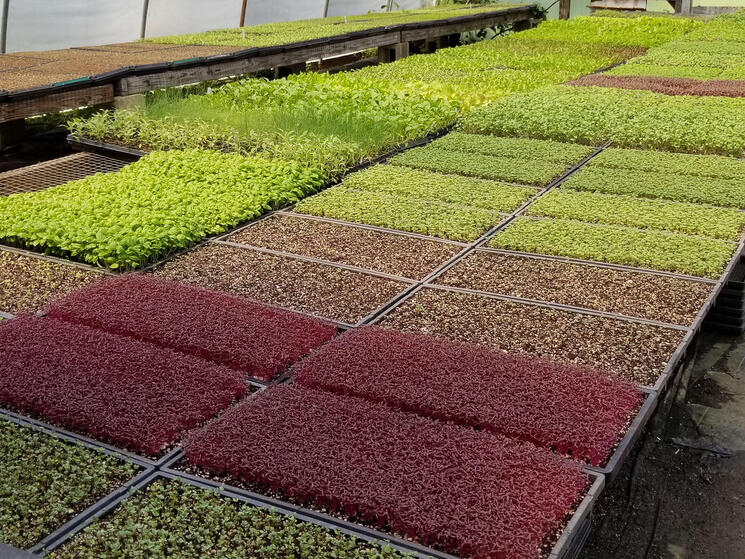 Rethinking Where we Grow our Food: Delta Farmers are up for the Challenge

California produces more than 1/3 of the vegetables and 2/3 of fruits and nuts that are grown in the United States today. However, the warming climate makes the farming landscape in California less certain in the future as the state will likely suffer from more chronic weather (e.g. increased droughts) and severe weather (e.g. heavy rains, flooding and freezes) in the years to come. Some food production is likely going to need to shift in order to build a more resilient agricultural system that can help ensure food security. At WWF’s Markets Institute we are exploring whether fruit and vegetable production could be ramped up in the mid-Mississippi Delta to anticipate these shifts while also achieving win-win outcomes for both the environment and local communities in parts of Arkansas, Tennessee, Mississippi, and more. 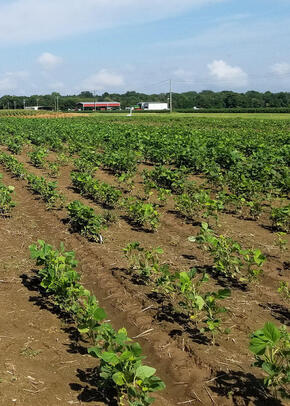 Soybeans on a farm in Arkansas

As part of that work, I’ve spent significant time on the ground in the region over the past several months. I’ve had the chance to visit 15,000-20,000 acre farms in the Delta region (specifically Arkansas and Tennessee) growing corn, cotton, rice, and wheat – commodity crops. I’ve also visited smallholder farms in the Arkansas River Valley and along the Petite Jean River where commodity row crops are still popular, but there is also cattle farming and some fruits and vegetables in “you-pick” enterprises. I’ve been visiting these farms for a chance to listen – to learn more about the region in general and to hear if farmers would consider significantly changing what they grow today, and what they would need to feel supported as they take this risk. I didn’t know what reception to expect, but I quickly found that every farmer I spoke to was clearly innovative, smart, and willing to try something new. They universally love the land and want to be as productive as possible.

These farmers are already exploring new production strategies. Many are multi-generational farms, but just because they have been farming for as long as they can remember doesn’t mean they are married to the status quo. During my visits I saw farmers testing robots that take soil samples and look for pests, using harvesting equipment guided by drones, experimenting with a variety of irrigation systems, planting new rice varietals, and more. Nearly everyone was using cover crops and several were using no-till farming. While no two farms were identical, each had clearly demonstrated in its own way, a willingness to explore new opportunities. This was also echoed in my conversations.

Switching from commodity row crops to specialty crops like fruits, vegetables, and nuts won’t be easy. While these crops are higher value and could bring a significant financial boost to growers and their communities, there are also hurdles to overcome. Infrastructure investments would need to be made to grow, harvest, store, and transport these more delicate and perishable crops. It means taking some acreage out of row crop production, not converting more acres, so it presents a risk to farmers currently earning on that land. Farmers would need more labor to hand-pick where they currently use machines to harvest row crops, and the Delta’s pests and humidity bring additional difficulty to growing fruits and vegetables at scale. However, while the farmers I met spoke eloquently on these topics, they also thought that with the right partners and support, these challenges could be overcome. Most importantly, they were willing to try if others are willing to work with them.

While specialty produce would be relatively new to the Delta, this is an agricultural region with rich and plentiful soils, abundant water, and transportation to the rest of the country. But it is also rich in people – both industrious farmers ready to take on new challenges and great local partners. I look forward to more visits as we continue to explore the potential of this region to complement food production from California.