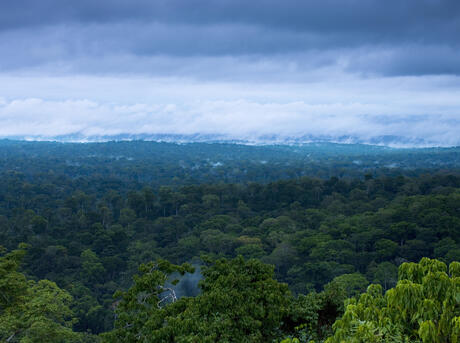 Forests play a critical role in mitigating climate change because they soak up carbon dioxide and other greenhouse gases that would otherwise be free in the atmosphere and contribute to ongoing changes in climate patterns.

Forests are essential for life on Earth. Three hundred million people worldwide live in forests and 1.6 billion depend directly on them for their livelihoods. Forests also provide habitat for a vast array of plants and animals, many of which are still undiscovered. They protect our watersheds. They inspire wonder and provide places for recreation. They supply the oxygen we need to survive. They provide the timber for products we use every day.

Forests are so much more than a collection of trees. Forests are home to more than three-quarters of the world's life on land. These ecosystems are complex webs of organisms that include plants, animals, fungi and bacteria. Forests take many forms, depending on their latitude, local soil, rainfall and prevailing temperatures. Coniferous forests are dominated by cone-bearing trees, like pines and firs that can thrive in northern latitudes where these forests are often found. Many temperate forests house both coniferous and broad-leafed trees, such as oaks and elms, which can turn beautiful shades of orange, yellow and red in the fall.

The most biologically diverse and complex forests on earth are tropical rainforests, where rainfall is abundant and temperatures are always warm. Forests also play a critical role in mitigating climate change because they act as a carbon sink—soaking up carbon dioxide and other greenhouse gases that would otherwise be free in the atmosphere and contribute to ongoing changes in climate patterns.

But forests are being destroyed and degraded at alarming rates. Deforestation comes in many forms, including fires, clear-cutting for agriculture, ranching and development, unsustainable logging for timber, and degradation due to climate change. This impacts people’s livelihoods and threatens a wide range of plant and animal species. In 2020, the tropics lost more than 12 million hectares of tree cover. That's roughly 30 soccer fields’ worth of trees every single minute.

The Amazon, the planet’s largest rainforest, lost at least 17% of its forest cover in the last half century due to human activity. In Indonesia, the island of Sumatra has lost 85% of its forests—primarily due to conversion for oil palm and pulp plantations—and a similar level of destruction is taking place on the island of Borneo. Deforestation also undermines the important carbon sink function of forests. It is estimated that 15% of all greenhouse gas emissions are the result of deforestation.

How local communities in Laos restore their essential forests

Between 1940 and 2010, forest cover in Laos decreased by roughly 30%, putting both people and wildlife in danger. The forest-dependent communities in Laos make almost all of their livelihoods from the forest’s natural resources. Illegal logging and forest conversion for agriculture have threatened these livelihoods. To begin to build back a dwindling forest, mitigate the negative impacts of deforestation, and ensure that forest-dependent communities sustainably benefit from natural resources, forest-dependent villages, in partnership with WWF-Laos, started seedling nurseries and planting initiatives to restore their essential forests. 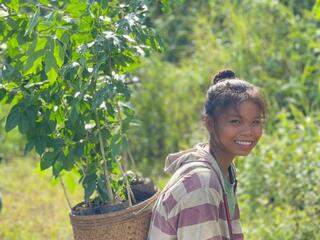 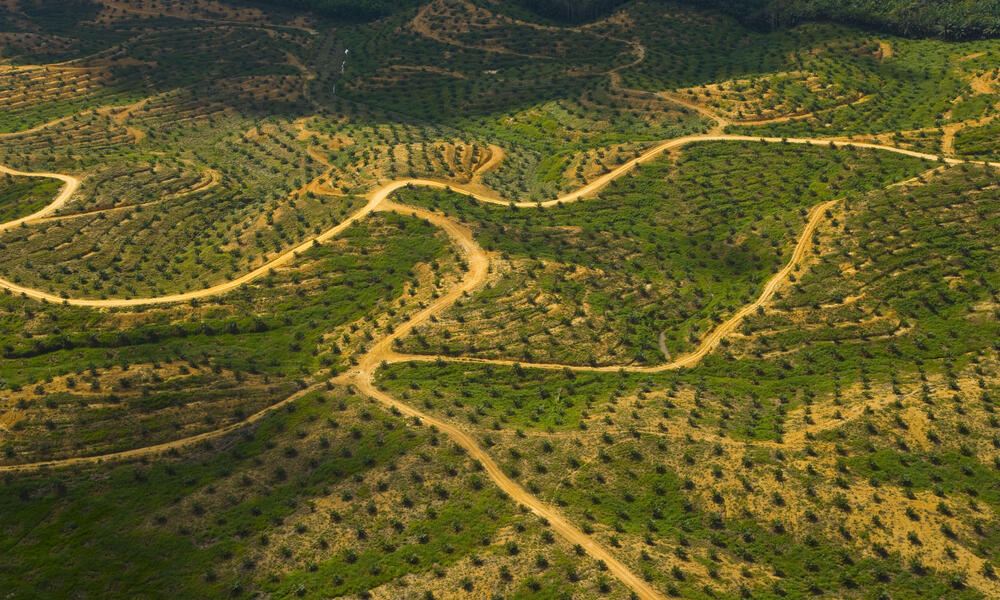 As the human population continues to grow, there is an obvious need for more food. In addition, agricultural products, such as soy and palm oil, are used in an ever-increasing list of products, from animal feed to lipstick and biofuels. Rising demand has created incentives to convert forests to farmland and pasture land. Once a forest is lost to agriculture, it is usually gone forever—along with many of the plants and animals that once lived there.

National laws regulate the production and trade of timber products at all stages, from harvesting to processing to sales. These laws can be violated in any number of ways, such as taking wood from protected areas, harvesting more than is permitted and harvesting protected species. Illegal logging occurs around the world, and in some places, illegal logging is more common than the legal variety. This destruction threatens some of the world’s most famous and valuable forests, including rainforests in the Amazon, Congo Basin, Indonesia and the forests of the Russian Far East. Illegal logging also depresses the price of timber worldwide, disadvantaging law-abiding companies, and depriving governments of revenues normally generated by duties and taxes. Poor communities near forests are often vulnerable when outsiders try to gain control over the timber nearby, which can lead to repression and human rights violations. 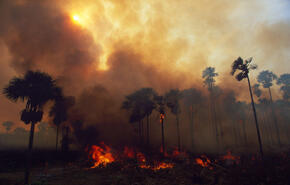 Forest on fire in the Amazon, Brazil.

Fires are a natural and beneficial part of the forest landscape, but they can be a problem when they occur in the wrong place, at the wrong frequency or at the wrong severity. Each year, millions of acres of forest around the world are destroyed or degraded by fire. The same amount is lost to logging and agriculture combined. Fire is often used as a way to efficiently and inexpensively clear land for other uses such as planting crops. These fires not only alter the structure and composition of forests, but they can also open up the forests to invasive species, threaten biological diversity, alter water cycles and soil fertility, and destroy the livelihoods of the people who live in and around the forests. 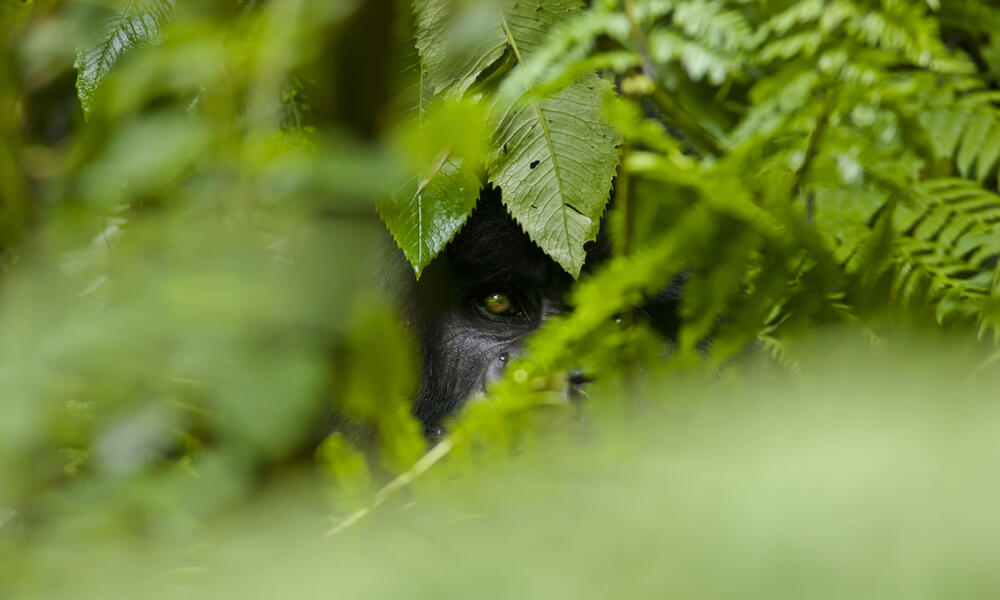 WWF works to create protected areas, which have been key to the preservation of some species, such as the mountain gorillas that live in the forests of the Virunga Mountains in East Africa.

To combat illegal logging and promote responsible forestry, WWF created the Global Forest & Trade Network (GFTN). GFTN links hundreds of companies, forest-dependent communities, non-governmental organizations and entrepreneurs in more than 30 countries around the world with the goal of creating a market for environmentally responsible forest products. GFTN works at national and regional levels to expand the area of forests under responsible and credibly certified forest management. It also works to encourage demand for “good wood” – wood and paper products from those well-managed forests. GFTN helps participants benefit from sustainable forest management and reduce demand for products from illegal and controversial sources. As a result of this program, habitat has been preserved for endangered species such as the Borneo pygmy elephant, orangutan and great apes. 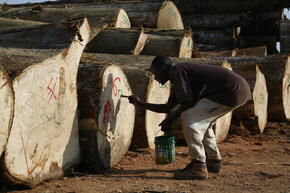 Eliminating all deforestation is not possible. Parts of the landscape will need to be reshaped and altered as populations grow and change—but this can be balanced through sustainable forest management, reforestation efforts, and maintaining the integrity of protected areas. Given the amount of deforestation around the world, zero net deforestation may seem unattainable. However, it is not only possible, but necessary if we intend to preserve our most precious wildlife, respect and empower local communities, maintain critical ecosystem services and reduce greenhouse gas emissions. Some nations are already finding success. Paraguay, for example, reduced the rate of deforestation in their country by 85% in the years just following enactment of its 2004 Zero Deforestation Law. WWF advocates for governments, international bodies and other stakeholders to make zero net deforestation a reality by 2020.

If carbon emissions from deforestation were taken into account, Brazil and Indonesia would rank in the top 10 of the world’s worst polluters. WWF has a program focus on reducing emissions from deforestation and forest degradation in developing countries and the conservation, sustainable management of forests, and enhancement of forest carbon stocks (called REDD+). These efforts will also address many of the drivers of deforestation and provide incentives for nations to protect their forests while safeguarding the rights of local communities and indigenous peoples.

Securing forest ecosystems as parks and other protected areas can help to preserve their valuable plants and animals for future generations. Protected areas have proved key to the preservation of some species, such as the mountain gorillas that live in the forests of the Virunga Mountains in East Africa. In addition to protecting biodiversity, the Amazon Region Protected Areas program has demonstrated that a system of well-managed and sustainably-financed protected areas contributes to reduced CO2 emissions from deforestation. WWF has worked to create and continue support for protected areas in more than 100 countries around the world. 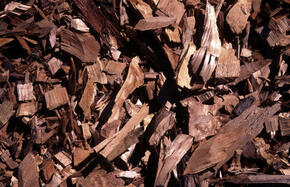 Biomass from forestry and farming has the potential to become a major source for sustainable power generation.

Illegal logging includes the harvesting, transporting, processing, buying or selling of timber in violation of national laws. WWF uses several approaches to tackle illegal logging. One is ensuring that powerful policies and trade agreements are in place in the US and other countries. WWF also provides guidance on best practices related to legality and responsible sourcing to hundreds of companies around the world, including in the US, and supports an alliance that monitors the status of the remaining natural forests in Sumatra's province of Riau. We, too, we encourage US consumers to buy wood products that are certified by the Forest Stewardship Council.