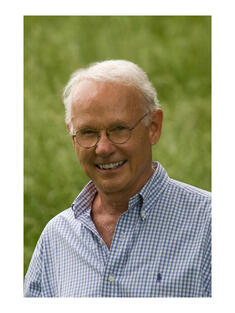 ROGER W. SANT is chairman emeritus and cofounder of the AES Corporation. Prior to starting AES in 1981, Sant was assistant administrator for energy conservation and the environment at the Federal Energy Administration. He was also the director of the Energy Productivity Center, an energy research organization affiliated with the Mellon Institute at Carnegie-Mellon University. Sant is chair of The Summit Foundation. He was chair of WWF-US from 1994 to 2000, and co-chair from 2009 to 2011. He is a regent emeritus of the Smithsonian Institution, having served as its first chairman. He is a member of the boards of the National Symphony Orchestra, the PBS Foundation, and the World Resources Institute. Sant is a member of the advisory boards of the Smithsonian’s National Museum of Natural History, Stanford University’s Natural Capital Project, and National Geographic’s Pristine Seas initiative. He was a member of the board of directors of Marriott International from 1994 to 2006. Sant received a BS from Brigham Young University and an MBA with distinction from Harvard Business School. He is coauthor of Creating Abundance: America’s Least-Cost Energy Strategy (1982).