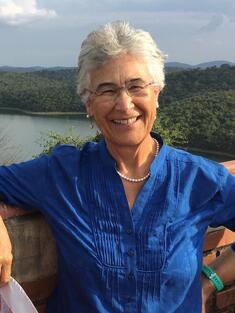 YOLANDA KAKABADSE’S work with the environmental conservation movement officially began in 1979, when she was appointed Executive Director of Fundación Natura in Quito, where she worked until 1990. In 1993, she created Fundacion Futuro Latinoamericano, an organization dedicated to promote the sustainable development of Latin America through conflict prevention and management. She was the Executive President until 2006 and remains as Chair of the Advisory Board. From 1990 until 1992, Yolanda Kakabadse coordinated the participation of civil society organizations for the United Nations Conference for Environment and Development (Earth Summit). From 1996 to 2004 she was President of the World Conservation Union (IUCN), and Member of the Board of the World Resources Institute (WRI) during the same period. Yolanda was appointed Minister of Environment for the Republic of Ecuador, position she held from 1998 until 2000. She is a Member of the Board of Arabesque, and Chairs the Independent Science and Technology Panel of Fundacion Renova in Brazil. Yolanda is also a Member of the Board of Sistema B and the B Team.