An increasing number of scientific discoveries are allowing researchers and institutions to gradually unveil the biodiversity in the Amazon. This is what this report on Untold treasures: New species discoveries in the Amazon 2014-15 shows. The publication was developed by the Living Amazon Initiative of the WWF Network and by the Instituto de Desenvolvimento Sustentável (Mamirauá Institute for Sustainable Development (MISD), with the support of WWF-Brazil and WWF-UK. Over these two years, 381 new species were described in the Amazon region, including 216 plants, 93 fish, 32 amphibians, 19 reptiles, 1 bird, and 20 mammals (2 of which are fossils). 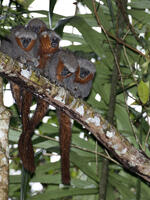