A proposed mine in Alaska threatens a rare population of seals

Worldwide, there are more than 350,000 harbor seals live in saltwater environments, but the harbor seals of Iliamna Lake, Alaska, are unlike any other. These fin-footed animals are the only freshwater lake-dwelling seals in the United States and one of only six populations worldwide.

New research by Sean Brennan, a postdoctoral research associate at the University of Washington and colleagues suggests that the roughly 400 harbor seals live permanently in Iliamna Lake, chasing freshwater fish in the lake year-round, supplemented by salmon in the summer.

But this unique population is facing a new threat: the proposed Pebble Mine. Brennan notes their unusual ecology could make them more vulnerable than seals in marine settings.

"The Iliamna seals are a small population and the evidence suggests they are endemic to the lake,” Brennan said. “That means they have risk factors that may make their population more vulnerable. The seals living in the marine environment in Bristol Bay have the ability to exploit salmon returning to multiple river systems, in addition to other marine food items. They can integrate across the salmon stock of Bristol Bay. The Iliamna seals are limited to the lake." 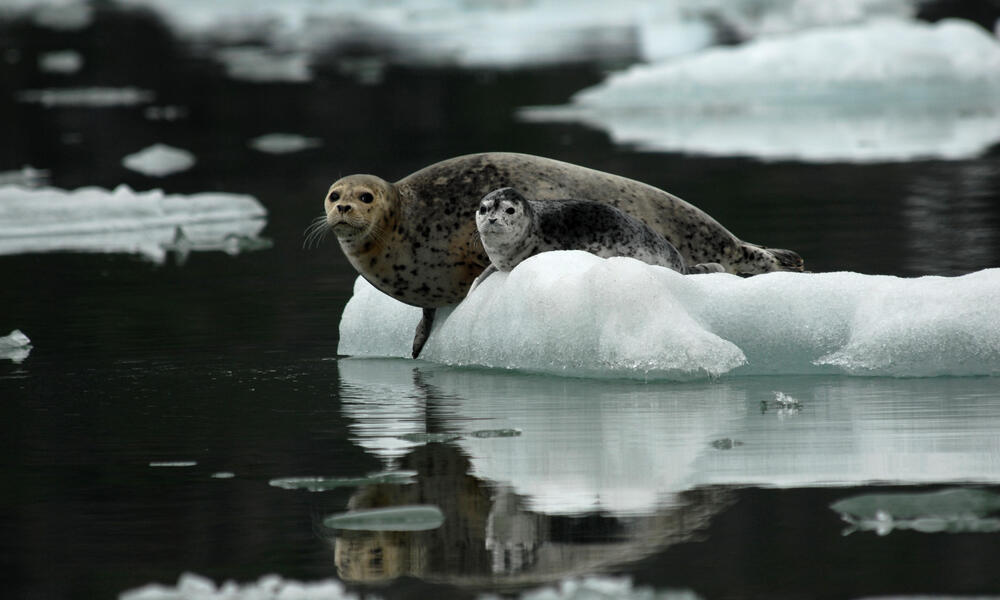 Located in the heart of the Bristol Bay watershed, Iliamna Lake helps support one of the most productive runs of wild salmon in the world. But the robust population of salmon and freshwater fish in Iliamna Lake could be severely impacted by Pebble Mine.

“The Iliamna seals are at the frontline of the proposed industrial development in a way that the marine seals wouldn’t be,” Brennan said.

Also included in Pebble’s proposal is significant industrial development in Iliamna Lake itself, including the construction of port facilities, ferry terminals, and an 18-mile icebreaking ferry crossing.

“The icebreaker that is proposed would be used throughout the year to shuttle concentrate back and forth,” Brennan said. “A spill has the potential to be a catastrophic situation for the seals because it would negatively impact the lake ecosystem, especially its fish communities, which are the principal prey source of seals.”

Local traditional knowledge and scientific research both suggest a population of around 400 seals has held steady alongside subsistence hunting for generations. But in the face of increased development and habitat loss, the future of this unique and important animal is uncertain.

Permitting for the Pebble project has been accelerated by the US government and a draft environmental impact statement recently released by the Army Corps of Engineers does little to address concerns the mine may do irreparable damage to the Bristol Bay watershed and the incredible diversity of life—from human to salmon to seal—it sustains.

WWF has played a key role in educating the US government about how important Bristol Bay is to Alaska and the rest of the US, and you can help, too. Tell the Administration to help protect unique animals like the Iliamna Lake seal and stop the Pebble Mine.

Support us as we continue to make a difference and stand up for those who have no voice.