According to the survey, adult female tiger numbers are increasing by 25 percent per year on average, and cub numbers have doubled since the last survey. Additionally, leopard and dhole (Asiatic wild dog) populations were found to have increased by nine percent and 16 percent respectively since 2014.

The survey involved 164 camera traps placed at 82 sites within the park. Conducted by the Department of National Parks, Wildlife, and Plant Conservation and WWF-Thailand, the survey is an important step toward protecting tigers and their habitats.

Along with the good news, there is also concern for the future of these tigers. Two of the tigers in the survey were photographed in an area that is a future site for dam construction. The Mae Wong Dam is a threat to tiger habitat and the entire ecosystem. The dam would open up the forest and expose wildlife to poachers and illegal loggers, and threaten the water and forest resources of local communities. 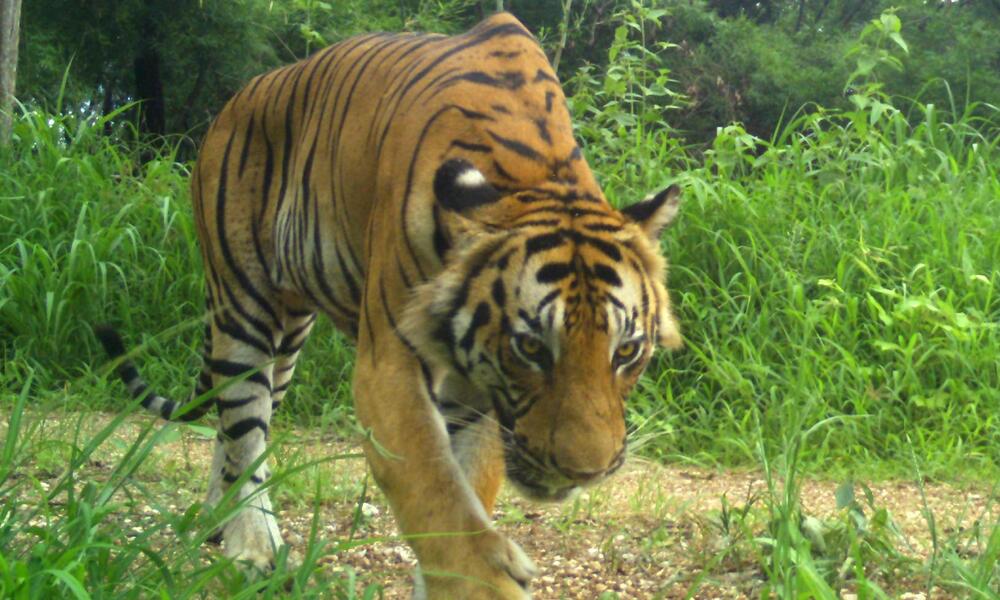 WWF is working closely with the Department of National Parks, Wildlife and Plant Conservation to closely monitor the tiger population and ensure that they are protected from poaching and have enough prey.

Thailand is one of 13 tiger range countries and Mae Wong and Klong Lan National Parks are critical sites for tiger recovery. There are fewer than 4,000 tigers alive in the wild today, down from 100,000 at the beginning of the 20th Century. Thailand has committed to Tx2—the effort to double global tiger numbers by 2022, the next “Year of the Tiger.”