Cedar and steel: a day in the life of a young rancher 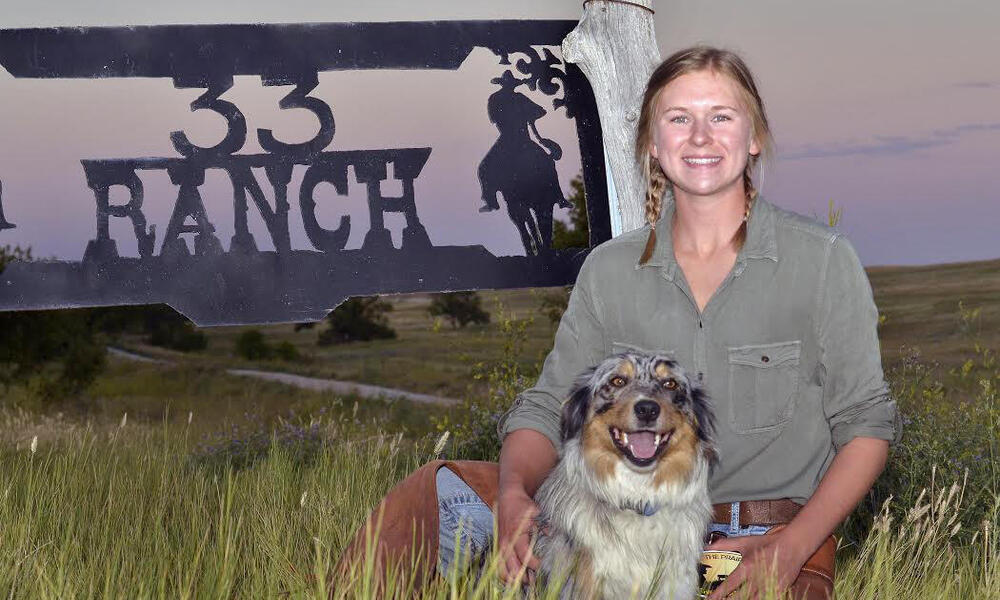 The following piece was written by summer WWF intern Kate Rasmussen to offer readers a glimpse into the life of a next-generation rancher from the Northern Great Plains, one of the largest remaining intact grasslands in the world. These grasslands are dependent on grazing animals, and these days, cattle are an important part of that equation. WWF is partnering with organizations such as the South Dakota Grasslands Coalition in support of ranching families and grassland managers like the Rasmussen family. Without their land stewardship, many of our nation’s intact grasslands would be converted to cropland and other uses, posing a serious threat to this disappearing ecosystem. Ranching operations in this vast region not only contribute to thriving rural communities, they also provide for clean water, soil carbon storage, and havens for grassland bird species and other wildlife.

A day spent fencing on our family’s ranch in South Dakota usually begins with a one-sided conversation with my dog and ends with tired arms pulling a handful of hopeful ticks out of my hair. The perks of the job include trekking long distances across the prairie, scrambling through badlands to string barbwire, replacing old posts, and sidestepping crabby rattlesnakes.

A significant portion of fencing involves tearing out old cedar posts that were set in place by my dad when he was my age. I have a ritual of smelling each one where they’ve splintered off next to the ground before replacing them with new steel posts. 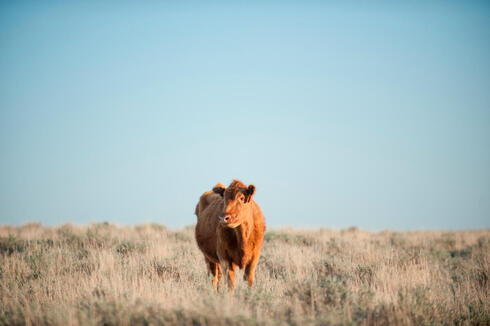 Every once and a while I come across a gem of a post that was set by my great grandfather in the early days of the 33 Ranch. I consider it a privilege to breathe in an earthier version of the sweet, spicy cedar aroma that he would have smelled after using his axe to form a post out of a nearby tree.

Over the years, these axe-cut posts have stood as silent sentinels during the shift from conventional grazing to rotational grazing on our ranch. Traditional methods, which can leach the land of nutrients over time, keep cattle browsing on one pasture all season long. In rotational grazing, dividing fences have been added so that cattle can be moved often during the growing season. The goal is to quickly guide the herd across the land, allowing cattle to only clip each plant once in a pattern that mimics native grazers such as bison and antelope. Most importantly, it gives grazed vegetation ample time to recover. This also encourages an increase in a plant’s underground energy stores and provides cattle with a steady diet of fresh, nutrient-dense plant growth.

It has taken over a decade of rotational grazing on our family’s ranch for diverse plant communities to return to areas that were historically grazed all summer long. Pastures that were whittled down to introduced, non-native plants like brome grass have slowly returned to a healthy mix of native species like big blue stem and leadplant. Although the connection between wildlife and agriculture may be difficult to see, ranchers like my family seek to understand the prairie dynamic so that we can work with the land rather than against it.

Sustainable ranching is truly a rare type of business. Our long-term survival on the ranch directly correlates with the quality of wildlife habitat in which it’s held. Healthy prairie ecosystems grow fat cattle, fat cattle grow stable ranches, and stable ranches grow wildlife havens. If we take care of the land, it will continue to take care of us.

While there are many hurdles young ranchers face as the next generation of land stewards in the Northern Great Plains, we have an important role to play in the future of North America’s most endangered ecosystem. I am not attached to this land because of who it belongs to, but because I belong to it.