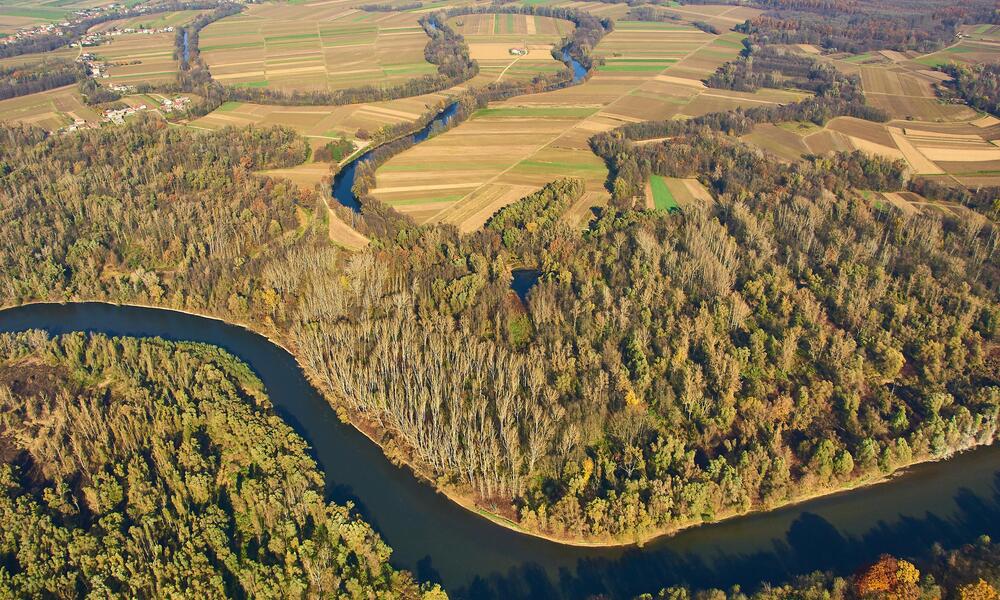 The Slovenian Government officially signed an agreement that they will not build dams on the Mura River. In March, representatives from WWF and other NGOs handed over a petition against the construction of eight proposed hydropower dams along the Mura to the Ministry of the Environment and Spatial Planning in Slovenia. Over 53,000 WWF-US supporters took action, driving a majority of the final 77,310 signatures submitted. A huge thank you to the freshwater champions who spoke up for the Mura! Your voice was pivotal in this huge step for the benefit of Mura people and the river.

As a little boy, WWF Freshwater Expert Arno Mohl would chase lizard and frogs along the free-flowing rivers that meandered through Central Europe. He would catch fish with his parents along the rivers' shores, enjoying the amazing scenery and plethora of life. Now he clings to these memories as the wild rivers that anchored them have transformed into chains of reservoirs.

For several decades, the pressure on river landscapes has increased steadily. People are straightening and regulating rivers to better serve their needs; mining them for gravel and sand, which are critical to construction industries; or harnessing them for hydropower.

"You have to travel farther to find river landscapes and floodplain forests of the kind that were typical of the whole of Central Europe in the past," said Mohl. "Most flowing water bodies fall victim to electricity production."

Some pristine wilderness remains along the floodplains of the Mura, Drava, and Danube rivers, which flow through Austria, Slovenia, Hungary, Croatia, and Serbia. The area is justifiably referred to as the “Amazon of Europe” due to its immaculate natural beauty and abundance of life. The rivers provide opportunities for recreation and nature tourism, and they supply clean drinking water and natural flood protection. In 2011, the governments of all five countries signed an agreement committing to the long-term protection of this area.

Unfortunately, the Mura river—a relatively connected stretch of water that serves as one of the last refuges for wildlife and rare fish like otters and the Danube salmon—is at significant risk of dam development. Eight currently proposed dams, the first of which is in Hrastje-Mota, would devastate wildlife habitat and more than 31 miles of river. Endangered migratory fish species would no longer be able to move up and downstream, and river bed deepening would dry out floodplain forests, oxbows, and agricultural areas. The loss of natural water retention areas would lead to increased flood risk for communities downstream.

Damming the Mura, and consequently transforming the river into eight lifeless reservoirs, also goes against the Slovenian government’s commitment to ensure international protection of the area.

Last year, Slovenia’s Ministry of Environment and Spatial Planning, with the support of the Slovenian government, nominated the area to join a future multi-national UNESCO Biosphere Reserve. At 1.9 million acres, it’s the largest and first protected area in Central Europe that crosses country borders. The area is also part of the European Union’s protected areas network called Natura 2000, designated for the protection of vulnerable habitats of specific species. Damming the river would breach both Slovenian legislation and EU environmental law.

Together with our partners, WWF is urging the Slovenian government to stop the eight hydropower dams planned on the Mura. This river needs to remain free-flowing for the people and wildlife that depend on it.

"In some places, the river paradise of my childhood still exists,” Mohl said. “We will fight to keep them.”

You can help. Sign our petition to Irena Majcen, Slovenia’s Minister for Environment and Spatial Planning, and urge the stopping of the eight hydropower dams planned on the Mura.