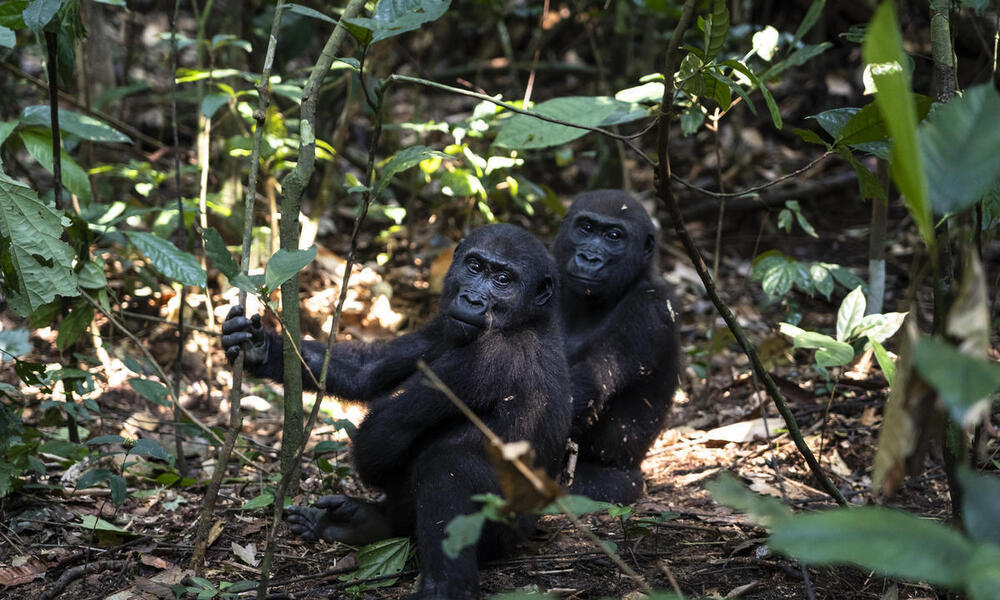 A UNESCO World Heritage site nestled in the southwestern tip of the Central African Republic (CAR), the Dzanga-Sangha Protected Areas (DSPA) complex is a biodiversity hot spot. From elephants to bongos to forest buffalo, Dzanga-Sangha protects an array of wildlife species, including the critically endangered western lowland gorilla.

Four years ago, something amazing happened in this already magical place — twin gorillas were born. What made this event so special was not only that the twins were born, a rare occurrence for the species, but that they were the first ever born to a habituated group of western lowland gorillas in DSPA. Inganda and Inguka are now four years old and successfully weaned from their mother, each with his own distinct personality, each discovering his place among the family unit.

They are also at risk, as western lowland gorillas are heavily threatened by poaching and disease across Central Africa. To protect this species and preserve their forest home, WWF works closely with the local people to develop and implement conservation strategies.

The communities that live among this wildlife in Dzanga-Sangha have a deep connection with nature; they are stewards of the environment in which they live. Along with WWF, they have worked to habituate the gorillas in order to protect them. Habituation allows conservationists to better collect information on these animals, which can inform the strategies that are put into place to safeguard them. It also allows for responsible and safe ecotourism, which financially supports conservation efforts and provides the communities with sources of employment and income. Conservation and community woven together, inextricably linked.

Thanks in large part to these efforts, Inganda and Inguka can continue to learn and grow under the watchful eyes of their family, with the local conservationists keeping tabs from a distance.