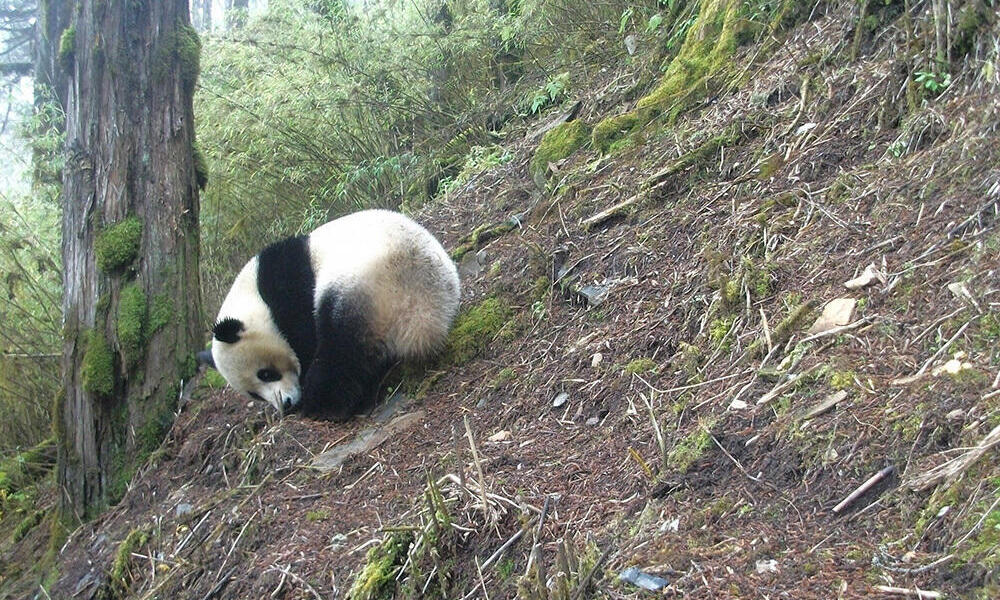 Camera traps in China have captured images and video footage of giant pandas that are often difficult to see in the wild. The photographs and video are some of the most amazing images ever of pandas and other species in their remote habitat, which were caught on film as part of long-term wildlife monitoring projects set up in panda nature reserves by the Chinese government and WWF.

Camera traps are cameras encased in a secure housing with a motion or infrared sensor that is triggered by movement. WWF uses many types of models, depending on the location. Some models require field staff to regularly retrieve the images from the camera, others send images via email or MMS.

“These photos offer a fascinating glimpse into the lives of giant pandas, as well as other animals, which are difficult to see in the wild,” says Dr. Sybille Klenzendorf, managing director of WWF’s species program. “They demonstrate that by saving the iconic giant panda, we secure a vibrant future for other incredible wildlife, wild places and people – it’s the best kind of win-win proposition.”

The materials were captured from 2010 to 2014 by more than 470 infra-red camera traps set up in 29 nature reserves by WWF and its partners from the local forestry authority as part of the monitoring effort under the giant panda conservation program.