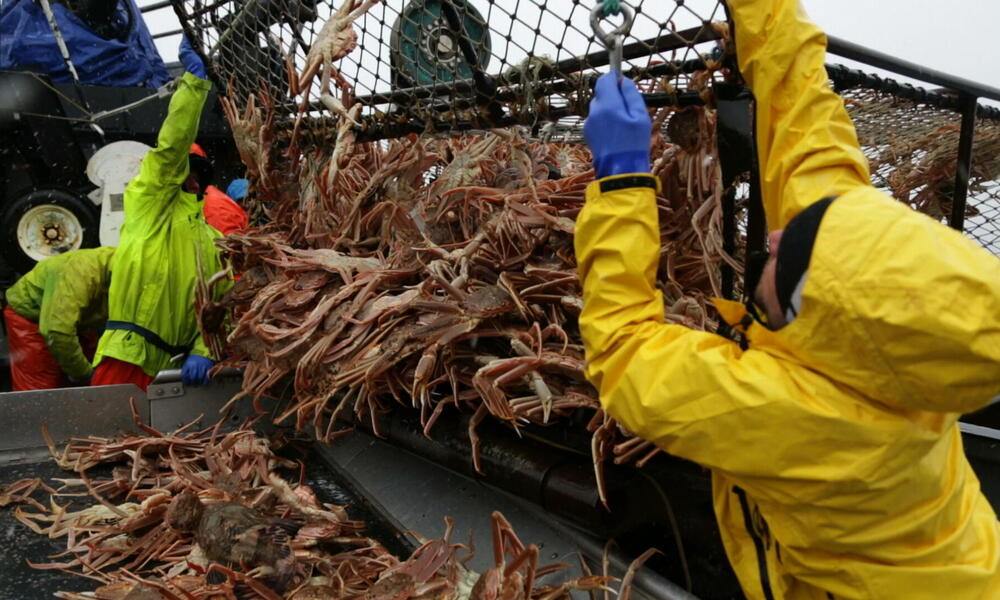 A new WWF study has revealed populations of crab in the Russian Far East are at risk of collapse due to overharvest from illegal fishing.

The 10-year analysis of trade and customs data, along with examination of satellite data showing movement and fishing patterns of boats, identified major discrepancies between the amount of crab reported to be caught in Russian waters and the amount imported into countries.

Three-quarters of the king crab consumed in the US market is from Russia, so it is likely that illegal crab is making its way from the ocean to our dinner plates around the country.

The study concluded that during this period, between two-to-four times the legal harvest limit had entered the global marketplace.

The magnitude of illegal crab fishing puts the entire Bering Sea marine ecosystem at risk. These waters are shared by Russia and the United States (Alaska) and produce almost 200 million pounds of legally caught crab each year.

“The US is likely importing large quantities of crab and other seafood which may have been illegally caught” said Michele Kuruc, WWF vice president of marine policy “The problem is the US is unable to say how much is illegal. We need a way to obtain and assess this information if we want to address this global illegal fishing problem.”

This is why WWF is calling on the government to support new regulations for tracking seafood from plate to bait.

“We need better port control and a transparent, international monitoring system of fishing activity and seafood trade. Otherwise, we may lose stocks of our most valuable species like crabs.” said Konstantin Zgurovsky, the head of the WWF-Russia marine program.

The Russian government has also been working to address the illegal crab problem for several years. In 2013 they began developing a national plan of action to address illegal fisheries and more recently Russia started developing bilateral agreements with major trade partners including the US, Japan, South Korea, and China.