An innovative approach to help save Salonga National Park 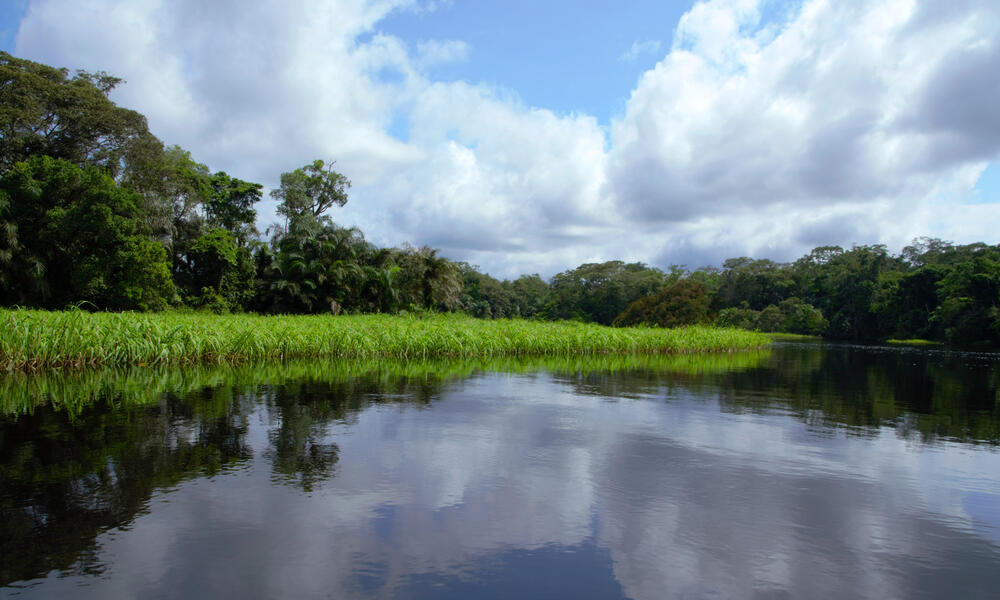 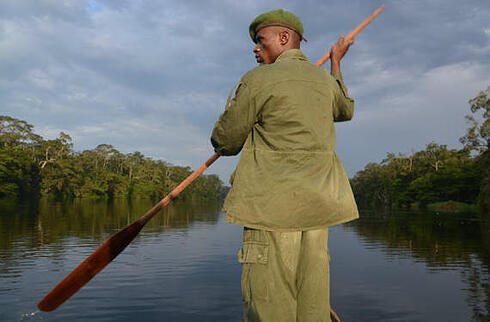 Salonga is divided into six sectors, each with a ranger station and several patrol posts. Nearly 300 eco-guards are on the frontlines of the anti-poaching fight.

Local residents of Monkoto—one of the most remote towns on this planet—had never seen so many dignitaries gathered there before and they were ecstatic. For Monkoto is also the headquarters of the Salonga National Park in the Democratic Republic of the Congo and there was cause for celebration. After decades of neglect, insecurity and poaching, the tide was turning for Salonga.

As the second largest tropical forest park in the world, Salonga is a global treasure. It is home for bonobos and one of the last remaining habitats for the forest elephant. Now, a newly signed agreement brings together the Congolese Institute for Nature Conservation (ICCN) and WWF to co-manage the protected area.

This promising and collaborative approach will help urgently address Salonga’s most critical needs—not least of which is an end to the poaching crisis devastating wildlife populations within the park’s borders.

“The co-management agreement we now have with ICCN will breathe new life into this emblematic park,” said Jean Claude Muhindo, WWF’s DRC director, who was among the dignitaries visiting Monkoto. “We will work closely with our partners and local communities alike to stave off the large array of threats to Salonga.”

The new management team will focus on expanding and professionalizing the ranger force protecting the park, ensuring stronger involvement of neighboring communities in conservation, promoting sustainable alternatives to bush meat hunting and fishing, and securing ecological corridors between the park’s two blocks.

An amazing park under threat

But a surge in poaching from the mid-80s to mid-90s coupled with insufficient management capacity, poor governance, and weak law enforcement devastated the park. In 1999, it was placed on the list of World Heritage Sites in Danger. With such a troubled history, a drastic change was necessary to save Salonga.

“This new management approach is the last chance to upgrade communities around the park to 21st century living standards, and this will only be possible if Salonga has something to protect, meaning elephants and all its other emblematic species,” Muhindo said. “Therefore, these species must be treated with the utmost respect because the future of the communities around Salonga will be much brighter if their futures are secured.”

While WWF assumes technical leadership of the management of the park. USAID, the European Union, and German Cooperation KfW are together with WWF providing vital funds for Salonga and the landscape around it. In the long run, the co-management structure aims to create the Salonga Foundation, which will ensure the long-term financial sustainability and quality management for the park.

“I was one of the first scientists to visit the park after its creation” said Allard Blom, WWF’s managing Director for the Congo Basin. “We were able to prove that the park contained the endemic bonobo, which some doubted. In fact we now think the park might be home to as much as 40% of the remaining world population of our closest relative.”

“And we aim to get the park removed from the World Heritage Sites in Danger list as soon as possible and guarantee protection for one the DRC’s last remaining forest elephant populations”, added Blom. It is an ambitious initiative, and success will be hard to achieve. But there is now indeed new hope for Salonga— and for all the people and wildlife who depend on it.