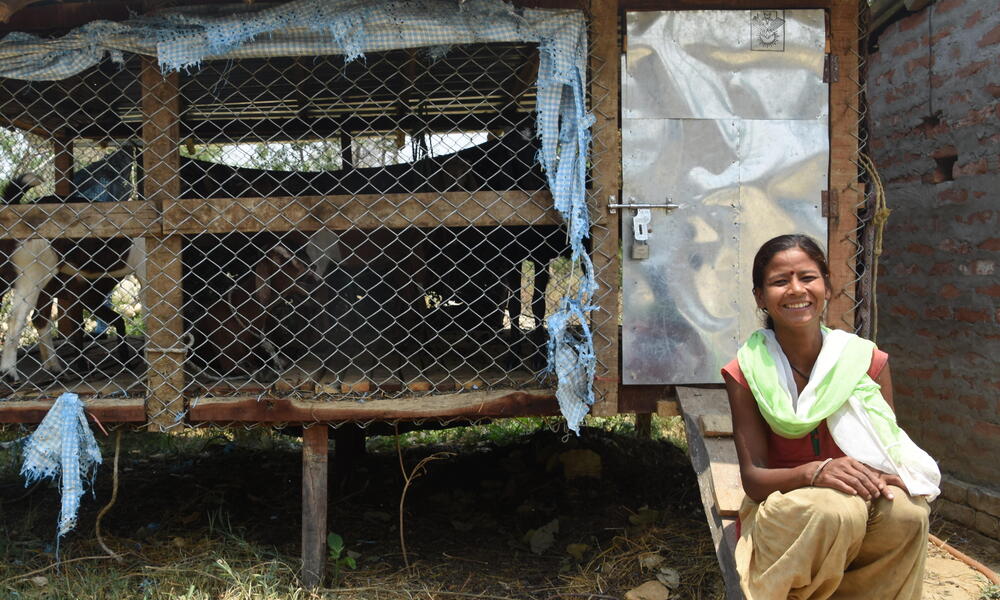 The Khata corridor, a nearly 2 mile stretch of land in Nepal connecting Bardia National Park with India’s Katarniaghat Wildlife Sanctuary further south, is rich in natural resources. It is a critical movement route for tigers, elephants, greater one-horned rhinos, and other wildlife that travel between Bardia and Katarniaghat. It is also home to a thriving community.

Living so close to the animals that pass through the corridor means that local communities often have encounters with wildlife. These encounters often impact people’s livelihoods. Raising livestock is an important source of income for these communities. Living alongside predators like tigers and leopards means they often lose livestock to predators

Lanthi Tharu is a member of the Dhaireni Community Forest User Group. Forest User Groups represent the user groups formed through democratic processes to increase community-based management of and responsibility for sustainable use of forest resources in Khata. Lanthi supports her two-person family primarily by rearing livestock but has been experiencing increased incidences of leopard attacks. With her main source of income under threat, Lanthi has resorted to various methods of defense, including keeping her goats in a shed made of mud and straw, and using a scarecrow to ward off wild animals. Unfortunately, the leopards have not been deterred. Lanthi isn’t the only one facing these challenges. Master Tharu, President of the Basanta Community Forest Conservation Committee states that he receives a minimum of three complaints every day from the 28 different forest communities in Khata; all of which are related to livestock killings. 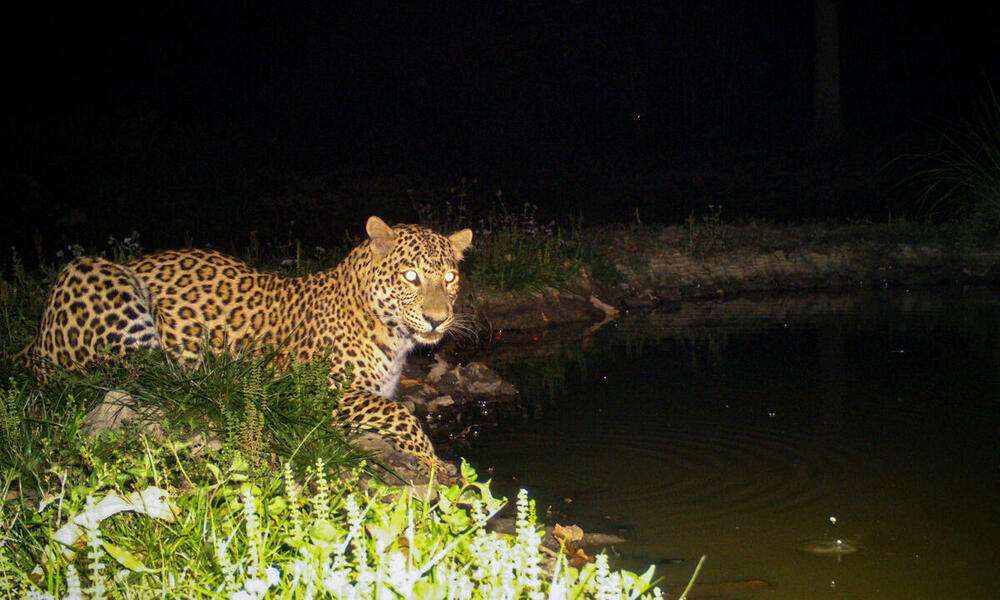 Sushila B.K, a member of the same user group as Lanthi, faced similar struggles a year ago when she lost nine of her goats to leopard attacks. But with help from WWF, she was able to build a new predator-proof pen for her goats—and the local community forest coordination committee subsidized seventy percent of the 15,000 Nepalese rupee ($150 USD) cost. Made of gabion wire, wood, and galvanized sheet metal, these enclosed pens afford better and stronger protection for livestock than the traditional sheds, which have a roof overhead but are otherwise open and leave the animals vulnerable to attack. Each updated pen can hold around 15-20 goats or piglets and can be customized based on specific needs. WWF developed the idea for these predator-proof pens in 2013 and since then, more than 1,800 households in the Terai Arc Landscape in Nepal are protecting their livestock, and livelihoods, with these pens.

Since Sushila switched to the predator-proof pen, she has not lost a single goat to wildlife attacks and was even able to invest in an additional five goats through a loan of NRs. 25,000 from the local revolving fund, supported by WWF Nepal and managed under a micro-finance scheme through which communities in need can access loans at very low interest rates to establish promising livelihood options. WWF has worked in the Khata corridor since 2000 to help communities reduce conflict and protect wildlife.

“Earlier, my husband and I worked as laborers and struggled to support my daughter’s education. But now we can focus on livestock rearing as a major livelihood source. While the struggle isn’t over, I hope this brings more economic independence into my life,” says Sushila.

These updated pens have improved both financial and psychological well-being for these communities, who no longer having to guard their livestock throughout the night and can feel secure that their livelihood is safe.

“Human wildlife conflict is a challenge that many of us face all over the world. But it’s poor, marginalized communities like these that bear the brunt of such encounters as they live adjacent to wild places. So it’s crucial to ensure that local people have the awareness, as well as tools and measures to reduce such conflicts so their communities and livelihoods are safe, while the wildlife they live alongside are able to thrive,” said Nilanga Jayasinghe, Manager for Asian Species Conservation at WWF. “WWF works to ensure that key conservation partners like local communities are able to coexist with the wildlife we all work to protect.”