Report warns of unprecedented struggles in a warming Arctic 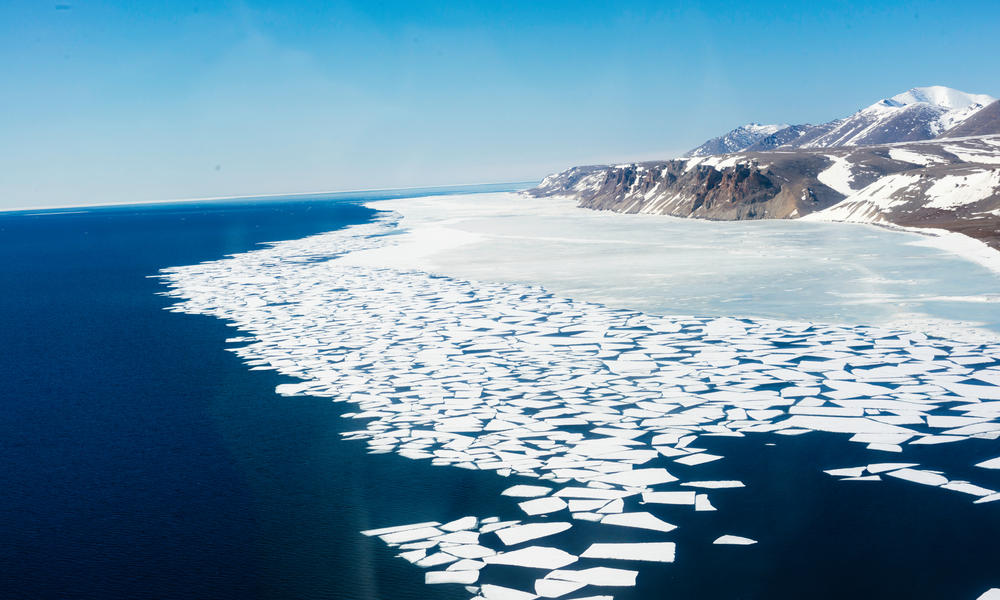 The Arctic is seeing unprecedented declines in sea ice and snow cover triggered by abnormally warm temperatures, according to a new report released by the US government. The change has been so dramatic that a record-breaking delay in the fall freeze up of sea ice is threatening some wildlife populations, including polar bears.

The Arctic Report Card, released by the National Oceanic and Atmospheric Administration, is the work of 61 scientists from 11 countries. The group has taken the Arctic’s temperature and other measurements every year for more than a decade, and the results have grown more ominous. In fact, the extraordinary warmth this year forced scientists to extend data collection through the end of November.

“We are witnessing changes in the Arctic that will impact generations to come,” said Margaret Williams, managing director for US Arctic programs for WWF. “Warmer temperatures and dwindling sea ice not only threaten the future of Arctic wildlife, but also its local cultures and communities. These changes are impacting our entire planet, causing weather patterns to shift and sea levels to rise.”

The main trigger of this dramatic change is carbon emissions. The report found that, in addition to warming, the Arctic is more vulnerable than other regions to changes in the ocean’s chemical balance brought on by increased CO2, something known as ocean acidification. This shift can negatively impact fisheries, which affects communities that depend on fishing for food and economic security.

“The report card is a red flashing light, and now the way forward is to turn away from fossil fuels and embrace clean energy solutions” Williams said. “Protecting the future of the top of the world requires us to reduce emissions all around it.”

With the Arctic rapidly changing, we need to make sure today’s decisions do not lead to tomorrow’s problems. A good start would be urging President Obama to permanently protect the Arctic Ocean from risky offshore drilling.