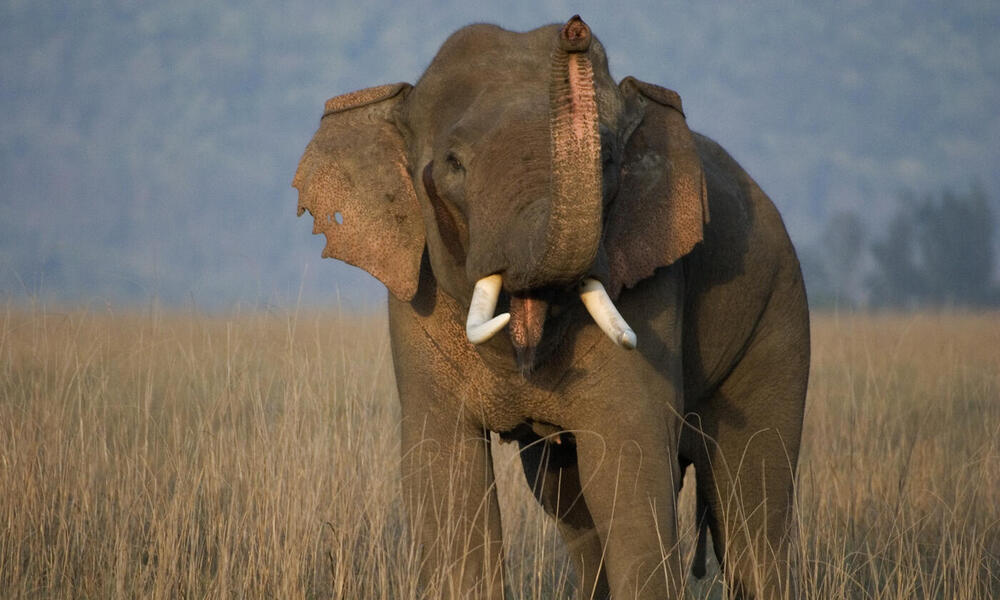 Amid a dire poaching crisis, wild Asian elephants in Myanmar received swift and essential aid from thousands of WWF supporters committed to protecting this iconic species. More than 3,000 people donated $263,211 in less than four weeks to fund an emergency action plan to train rangers and get boots on the ground to fight wildlife crime.

“Training rangers is the first step on our journey to win this battle against poachers,” said Christy Williams, country director of WWF Myanmar. “Rangers are on the conservation frontlines, protecting the world’s natural and cultural treasures.  With their commitment and the help of our supporters, there is hope for Asian elephants.”

There are fewer than 50,000 Asian elephants left in the wild, and fewer than 2,000 in Myanmar. For decades, they’ve faced threats of habitat loss, human-elephant conflict, and, to a lesser extent as only male Asian elephants carry tusks, poaching to meet the demand for ivory. But now they’re being killed for their skin and other body parts.

WWF’s eight-day training provided basic but vital knowledge to 45 field rangers on a variety of issues including law enforcement methods and intelligence gathering. Rangers will now be able to collect and report on data, understand the biodiversity values in the landscape, identify and report illegal activity, conduct patrols, and manage and process crime scenes. WWF will continue to train these rangers so that all 45 rangers will be able to patrol the field by September.

Together we can help save Myanmar’s elephants. Support the men and women on the front lines of conservation by backing a ranger.