Across the country, US leaders and citizens are working to ensure the nation still fulfills its climate targets under the accord 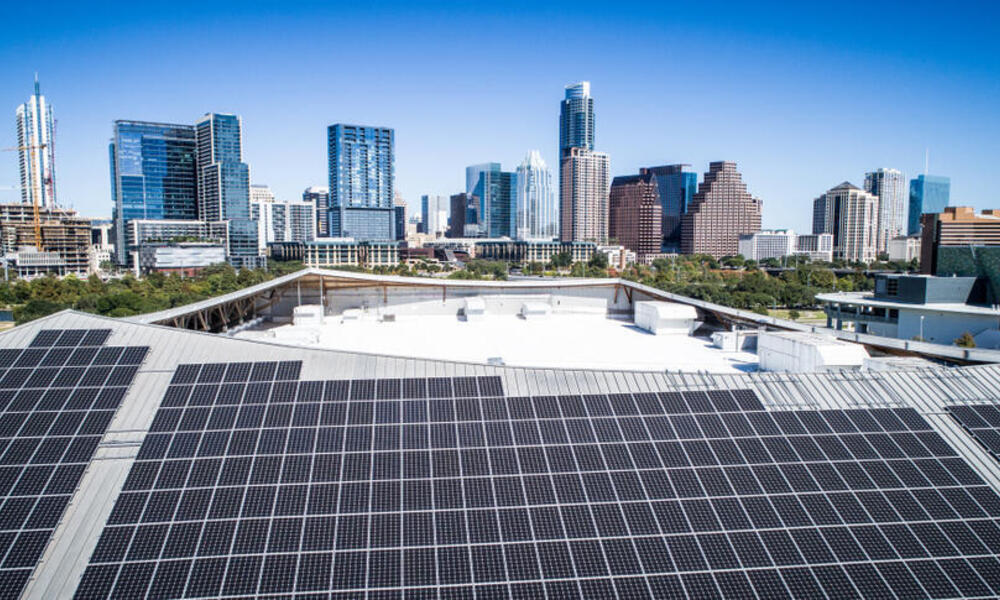 “These leaders...are demonstrating their ability to help achieve US climate targets under the Paris Agreement, despite what’s happening in Washington, DC.”

This month marks one year since the United States confirmed it was pulling out of the Paris Agreement, a historic international accord that demonstrated global willingness to take urgent, decisive action on climate change.

Signed by nearly 200 countries in December 2015, the Paris Agreement pushed countries to reduce their carbon emissions to prevent global temperatures from increasing more than 1.5°C above historical levels, effectively limiting the worst effects of human-caused climate change. The pact was heralded as the world’s first collective commitment to address climate change and an unprecedented victory for the environment.

Less than 18 months later, though, President Trump announced his intent to withdraw the United States from the Agreement. This leaves the United States—the world’s largest economy and second-largest carbon emitter—as the only country in the world not supporting the deal.

“In stepping back from the Paris Climate Agreement, the United States government stands alone among the nations of the world,” said Lou Leonard, senior vice president for climate change and energy at WWF. “No other country followed President Trump and his decision sparked a wave of new climate leadership in the United States.”

Since the US pulled out of the agreement, more than 2,700 leaders from states, cities, and businesses—representing 160 million Americans and $6.2 trillion of the US economy—have ramped up their efforts to curb climate change, sending a resounding message to our federal government and the rest of the world: We are still in. Together, these subnational actors are working to ensure that our country still meets its climate goals by reducing heat-trapping greenhouse gas emissions, growing the renewable energy sector, and investing in new jobs and technologies.

Across the country, businesses have doubled down on their pledges to climate action, recognizing that clean energy technologies translate to better business and more American jobs. Today, half of all Fortune 500 companies have set climate or clean energy goals, and the clean energy economy employs more than 3.3 million Americans—a number that’s expected to double in the next ten years.

Subnational leaders, meanwhile, have stepped up their climate action: buying more renewable energy to help clean up our electric grid, setting science-based climate targets consistent with the goals of the Paris Agreement, and enacting carbon pricing policies. In doing so, these new American leaders are signaling a deepening commitment to public health and safety.

Because of these crucial investments, energy-related carbon emissions in the US fell to their lowest levels in 25 years in 2017, which was the third consecutive year that they fell below 2005 levels. Last year also marked the fifth year of the last six where approximately half of new electric power capacity added to the grid in the US came from wind and solar.

“One of the greatest drivers of this progress is the irreversible transformation of the electricity sector towards cleaner, renewable energy, led in large part by American businesses and local leaders,” said Leonard. “These leaders—the vanguard of a new American energy revolution—are demonstrating their ability to help achieve US climate targets under the Paris Agreement, despite what’s happening in Washington, DC.”

While these efforts offer hope for the future, there’s still more work to be done to make sure the US achieves the ambitious targets set out by the Paris Agreement. WWF urges America’s companies, mayors, governors, communities, and citizens to continue to expand their efforts to address climate change and demonstrate to the rest of the world that America remains dedicated to reducing our carbon emissions.

This year’s Global Climate Action Summit will be an opportunity to do just that. Held in the US, the event will bring together leaders and citizens from around the world to share their achievements to date and make further commitments under the Agreement. It’s the first time that businesses and local governments will be front and center of the climate conversation, and marks an important milestone in a new era of decarbonization.

Ultimately, we need the US federal government to reengage in the Paris Agreement and enact strong national climate and energy laws to accelerate our decarbonization and help American communities prepare for climate impacts. By following the example of this new wave of American leaders, the US can again position itself as a leader in climate action.

Solar is not only good for the planet, it helps your pocketbook too. Learn how easy it is to install solar panels on your home.