US Climate Assessment: An Urgent Call to Tackle Climate Change 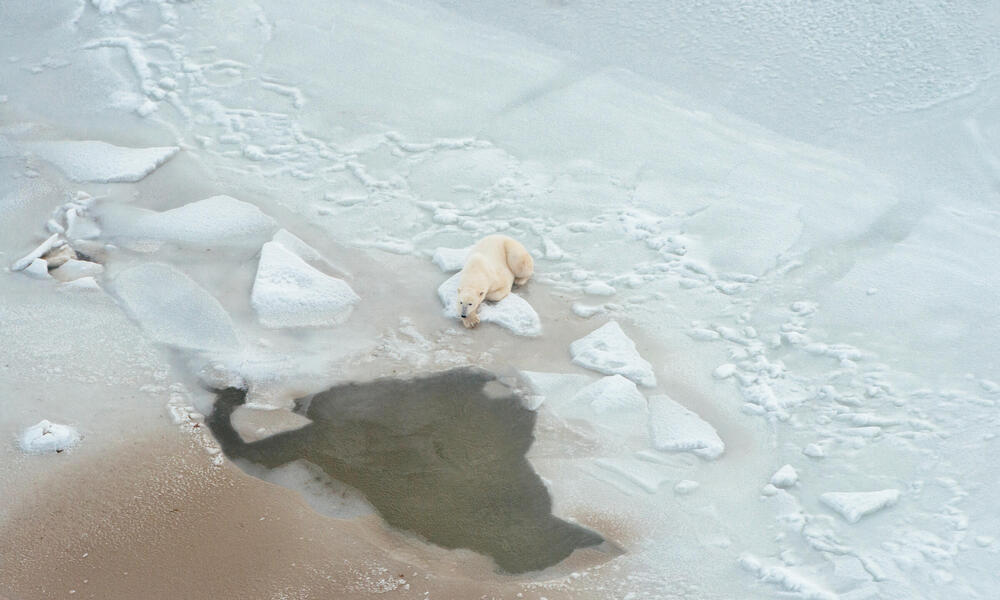 Extreme weather events, melting glaciers and rising sea levels—all with links to climate change—are impacting the United States and the world, according to a new report by a group of leading US scientists and released by the White House on May 6.

The National Climate Assessment provides a detailed look at the far-reaching effects of climate change on our nation’s communities and natural resources, including changes to oceans, water resources, energy supply, agriculture, forestry, and ecosystems.

“This report reads like it was ripped from today’s headlines,” said WWF Vice President for Climate Change Lou Leonard. “It paints the clearest picture yet that extreme weather and climate disruption are already here and, simply put, it’s not pretty.”

Some extreme weather events linked to climate change, such as prolonged periods of heat, heavy downpours, and floods and droughts, are growing in frequency and/or intensity, according to the report. Warming is also “causing sea level to rise and glaciers and Arctic sea ice to melt, and oceans are becoming more acidic as they absorb carbon dioxide,” the report says.

“While climate impacts are significant, the good news here is that we can avoid the dangerous future predicted this report if we start today using this information to prepare our cities for these risks and changing the way our nation uses and chooses energy,” said Leonard. “That’s beginning to happen. Americans are embracing renewable energy technologies like rooftop solar panels. And the federal government’s work to set new standards for old, dirty power plants is also playing a large role in moving our nation toward a renewable energy future and reducing the emissions that drive climate change.”

In addition to nationwide findings, the report provides insight into specific parts of the country, including places where WWF works to conserve wildlife such as the Artic, Northern Great Plains and desert Southwest.

In the Arctic, the report finds that Alaska has already warmed twice as fast as the rest of the nation. As a result, Arctic summer sea ice is receding faster than previously projected and is expected to virtually disappear before mid-century. This threatens the long-term health of walrus and polar bear populations that rely on it for survival. It’s also opening new areas to development, creating a new set of threats to this incredibly diverse and important ecosystem.

In its section on the Great Plains, the report looks at recent increases in winter and spring precipitation in the Northern Great Plains and its impact on agriculture and soils. It also examines how the length of the growing season is changing, possibly allowing a second annual crop in some places and some years.

And in the arid Southwest, where WWF works to restore and improve the Rio Grande, the report points out how climate change is affecting water resources, ecosystems, energy supply and agricultural production. Among its findings, the assessment points out that snowpack and streamflow amounts are projected to decline in parts of the Southwest, decreasing surface water supply reliability for cities, agriculture, and ecosystems.

The findings outlined in this report are another reminder of why WWF is working to engage millions of American about the need to transition our nation to a renewable energy future. Preparing local communities and reducing our emissions that drive climate change is critical to providing future generations a healthy planet.