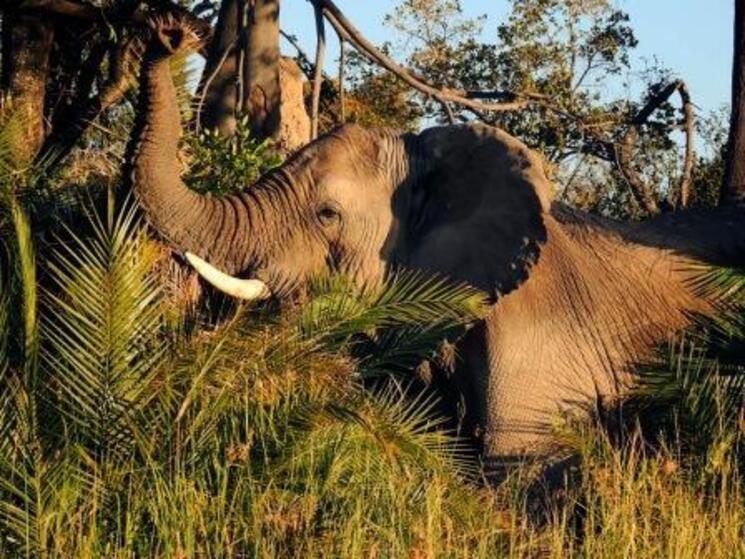 The term “Big Five” originally referred to the difficulty in hunting the lion, leopard, rhino, elephant and African buffalo. These five large African mammal species were known to be dangerous and it was considered a feat by trophy hunters to bring them home.

Today, however, the expression takes on a gentler form, referring to seeing the Big Five—not shooting them—during wildlife safaris on the African continent.

We’ve compiled 10 facts about the Big Five to impress your future safari mates with.

10) Buffalo’s primary predator is the lion. Buffalo will try to rescue another member who has been caught. They have been observed killing a lion after it has killed a member of the group.

9) Leopards are excellent at climbing trees. They’ll often safeguard their kill in a tree to prevent lions and hyenas from stealing it. They are also strong swimmers and occasionally eat fish and crabs.

8 ) African elephants communicate across large distances at a low frequency that cannot be heard by humans.

7) Rhinos have poor vision and will sometimes attack trees and rocks by accident. However, their hearing and sense of smell are excellent, thus often making up for their poor eyesight.

5) The rhino is the most endangered species of the Big Five. Rhino poaching worldwide hit a 15-year high in 2009. The illegal trade is being driven by an Asian demand for horns, made worse by increasingly sophisticated poachers who are now using veterinary drugs, poison, cross bows and high caliber weapons to kill rhinos. Very few rhinos now survive outside national parks and reserves.

4) Typically, the darker a lion’s mane, the older he is.

3) The leopard is nocturnal, solitary and secretive, staying hidden during the day. They are the least seen of the Big Five.

2) Many plant species have evolved seeds that are dependent on passing through an elephant's digestive tract before they can germinate. At least one third of tree species in West African forests rely on elephants in this way for dissemination.

1) White rhinos aren’t white, but slate gray to yellowish brown in color. The species name actually takes its root from Dutch, "weit" (wide), in reference to the animal's wide muzzle.

Look for the Big Five during a WWF African safari.