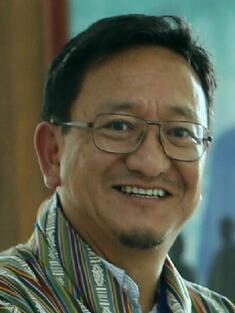 Dechen Dorji is the Senior Director for Asia on the Wildlife Conservation team. Dechen oversees WWF-US’s wildlife efforts in Asia, working closely with our goal teams and leadership, WWF’s country offices, and the Wildlife Practice and other WWF initiatives to help develop, implement and mobilize resources for our wildlife conservation priorities in Asia.

Dechen isn’t new to the WWF organization, previously serving for seven years as WWF’s Country Representative in Bhutan, where he led a number of successful conservation efforts, notably the ‘Bhutan for Life’ initiative, through which he worked closely with our leadership and the former Bhutanese Prime Minister to raise $43 million, and launched some of Bhutan’s first nationwide conservation efforts for threatened species such as tigers, Snow leopards and Golden Mahseer. He is also a strong advocate for the conservation of ‘lesser known species, that do not often receive adequate protection and resources for conservation. Dechen also received the National Order of Merit, Gold, from His Majesty the King for the Bhutan for Life initiative and his services to the Bhutanese environmental sector.

Before joining WWF, Dechen served as a public policy researcher with the Peoples Project Office during Bhutan’s transition to Democracy in 2007-2008, and as the founding Director of Bhutan’s First Environmental Research and Training Institute.

Dechen is passionate about finding innovative solutions, pushing the boundaries of partnership and advocating for greater engagement with the corporate sector and governments to deliver conservation impacts at scale and across borders.

“WWF-US has always been at the forefront of innovation and partnership, working across many sectors and driving positive change in so many ways. I am truly excited and inspired to be part of this great organization, driven by an incredible team of passionate and highly committed individuals, making a difference in conservation, on a daily basis.”

Yale School of the Environment 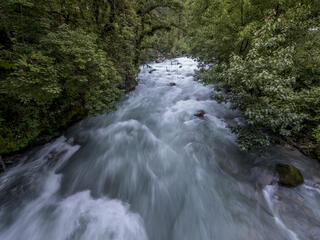