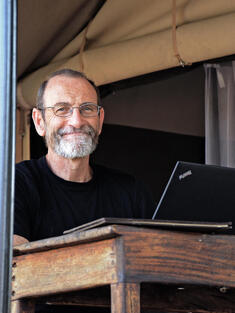 CHRISTOPHER B. FIELD is the Perry L. McCarty Director of the Stanford Woods Institute for the Environment and Melvin and Joan Lane Professor for Interdisciplinary Environmental Studies. His research focuses on climate change, especially solutions that improve lives now, decrease the amount of future warming, and support vibrant economies. Recent projects emphasize equitable decarbonization paths, including natural climate solutions, as well as decreasing risks from coastal flooding and wildfires. Field was the founding director of the Carnegie Institution’s Department of Global Ecology, a position he held from 2002 to 2016. He was co-chair of Working Group II of the Intergovernmental Panel on Climate Change from 2008-2015, where he led the effort on the IPCC Special Report on “Managing the Risks of Extreme Events and Disasters to Advance Climate Change Adaptation” (2012) and the Working Group II contribution to the IPCC Fifth Assessment Report (2014) on Impacts, Adaptation, and Vulnerability. His widely cited work has earned many recognitions, including election to the US National Academy of Sciences, the American Academy of Arts and Sciences, the Max Planck Research Award, and the Roger Revelle Medal.