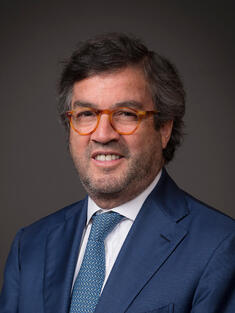 LUIS ALBERTO MORENO is the former president of the Inter-American Development Bank (IDB), and is currently a managing director at Allen & Co. During his 15-year tenure as president of the IDB, Moreno led a profound transformation of the organization while also chairing the board of executive directors of IDB Invest, the group’s private sector arm, as well as the donors committee at IDB Lab (formally known as the Multilateral Investment Fund – MIF). Under his leadership, the IDB Group consolidated its role as the leading and principal source of long-term financing for Latin America and the Caribbean, while providing cutting-edge knowledge and technical advice for social, economic, and institutional development. Previously, he served as Colombia’s Ambassador to the United States for seven years and had a distinguished career in business and government. He holds a degree in business administration and economics from Florida Atlantic University and an MBA from the Thunderbird School of Global Management. In 1990, Harvard University awarded him a Neiman Fellowship for his achievements in the field of journalism. He has also received honorary degrees from Georgetown University, Arizona State University, Baruch College, INCAE Business School, Universidad ICESI. He serves as a Member of numerous boards, including: World Economic Forum; International Olympic Committee; Center for Global Energy Policy at Columbia University; Clinton Health Access Initiative; Global Council of the Greater Washington Partnership; Latin American Conservation Council; UN-FIA High Level Panel for Road Safety; and as an Advisory Board Member of the Latin American Program at the Woodrow Wilson International Center for Scholars. Most recently, he was appointed to the G20 High Level Independent Panel on Financing the Global Commons for Pandemic Preparedness and Response and joined the boards of Dow Inc., Nubank and FEMSA.