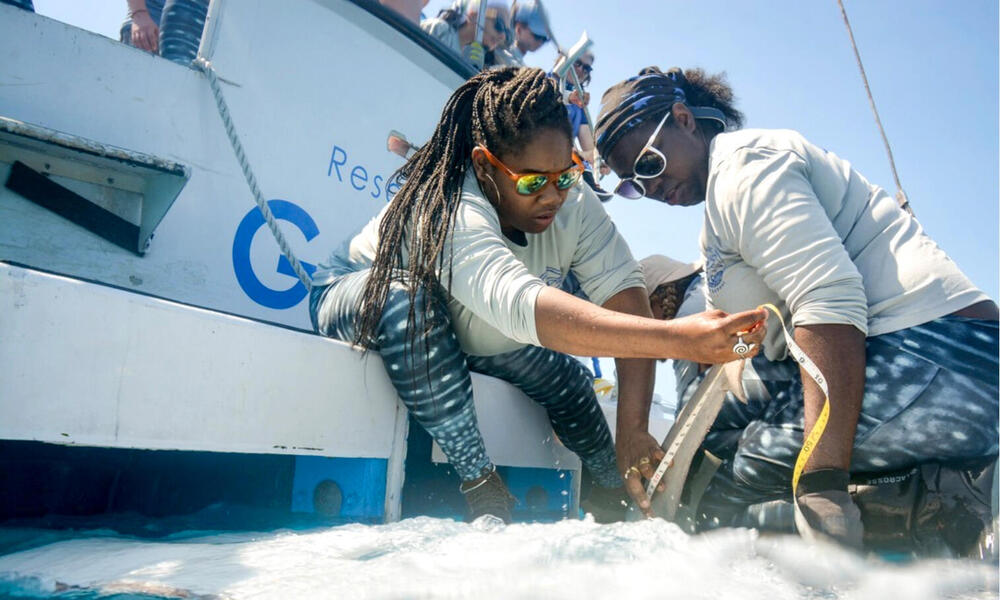 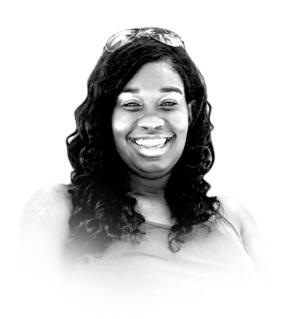 As a fisher’s daughter, Jasmin Graham entered her college marine biology program with an enviable knowledge of aquatic life. She grew up angling in South Carolina with her father, who imparted fluency in the names of southern fish along the way.

“My family mostly uses Geechee words for fish because we’re from the low country of South Carolina,” says Graham, noting that the Creole dialect is common among Black people in the area—the very people who possess valuable insights about the species that biologists seek to understand and protect, but who are largely excluded from academic research.

“These are people who have been living, working, fishing, and interacting with these animals for decades,” she says. “How are we going to communicate with a whole group of people if we’re not even using the same words?”

Community engagement is key to Graham’s research, which centers on the smalltooth sawfish in Florida. The species, a type of ray, is critically endangered; its sawlike nose makes it prone to entanglement in fishing gear. Her research team tracks the fish with acoustic transmitters, but also relies on local anglers and divers to share firsthand intel and adopt fish-friendly practices. Increased public awareness and signs of a stabilized smalltooth sawfish population indicate that Graham’s work is paying off.

Amplifying local voices in field research isn’t the only way Graham is promoting inclusivity. In 2020, she cofounded Minorities in Shark Sciences, an organization focused on making the field more equitable, particularly for women of color. Its mission—to “give opportunities to people that haven’t had opportunities”—aims to address an acute need: Studies show that only 2% of graduates in the field of marine biology are Black. Today, the organization offers multiday workshops, mentorships, and summer camps for its more than 400 members from nearly 40 countries.

While Graham acknowledges that there’s still a long road to achieving equity, she’s excited that her work is building a supportive community among minorities while bringing social and racial justice to the forefront of the conservation dialogue. “I’m glad I can be a bridge to reach a community that wasn’t previously being reached,” she says.