On June 1, 2017, when President Trump announced his intention to withdraw the United States from the Paris Climate Agreement, it was not a given that the international accord would survive without the active participation of the most influential government in the world. However, just days after the announcement, American institutions from all sectors demonstrated unprecedented climate leadership by coming together to show the world that they were still committed to the goals of Paris. They said, “We Are Still In.”

Now, four years later, the We Are Still In coalition has grown to include more than 3,900 states, cities, tribal nations, businesses, universities, cultural institutions, faith groups, and healthcare organizations taking action to fight climate change. These institutions come from all 50 states and include bipartisan elected officials, both small and Fortune500 companies, community colleges to the nation’s largest universities, and faith groups from many denominations. The federal government’s retreat from the Paris Climate Agreement created the largest, most diverse coalition of actors ever established in pursuit of climate action in the United States.

We Are Still In led the United States in climate action by maintaining international leadership and increasing domestic ambition in five key ways:

1. Hosting the US Climate Action Center 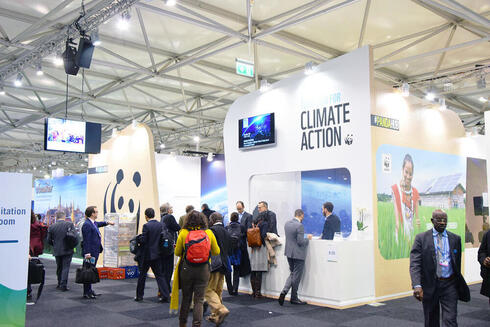 November 2017: We Are Still In hosts the first-ever US Climate Action Center at COP23, the first set of UN Climate Negotiations since Trump's inauguration and statement on Paris. Over 100 mayors, governors, tribal leaders, CEOs, senators, members of Congress, and other prominent leaders from the United States attend to reaffirm their support for the Paris Agreement and buoy confidence in negotiations.

Hundreds of students and activists from the United States help program some of the Center's 44 events. At the US Climate Action Center, an #IAmStillIn petition signed by over 1 million Americans is delivered to the UNFCCC, the United Nations entity tasked with supporting the global response to the threat of climate change.

2. Launching We Are Taking Action

April 2018: We Are Still In launches We Are Taking Action, a platform for subnational actors to profile their existing contributions to the climate fight, share their interests in collaborating with other communities and institutions, and make new climate commitments.

We Are Taking Action was designed to catalyze new efforts from across the United States and ensure that the 'We Are Still In' commitment was backed up by measurable action. Wherever possible, the platform relied on the support and expertise of existing commitment platforms for cities, businesses, and more.

April 2019: We Are Still In releases a joint letter of support for H.R. 9, the Climate Action Now Act. This is the first climate bill to pass the U.S. House of Representatives in nearly a decade, and an early step towards broader federal climate legislation. Although held up in the Senate, H.R. 9 would have prevented federal funding from being used to withdraw the US from the Paris Agreement and require the White House to draft plans for meeting the US' targets.

4. Activating at the local level 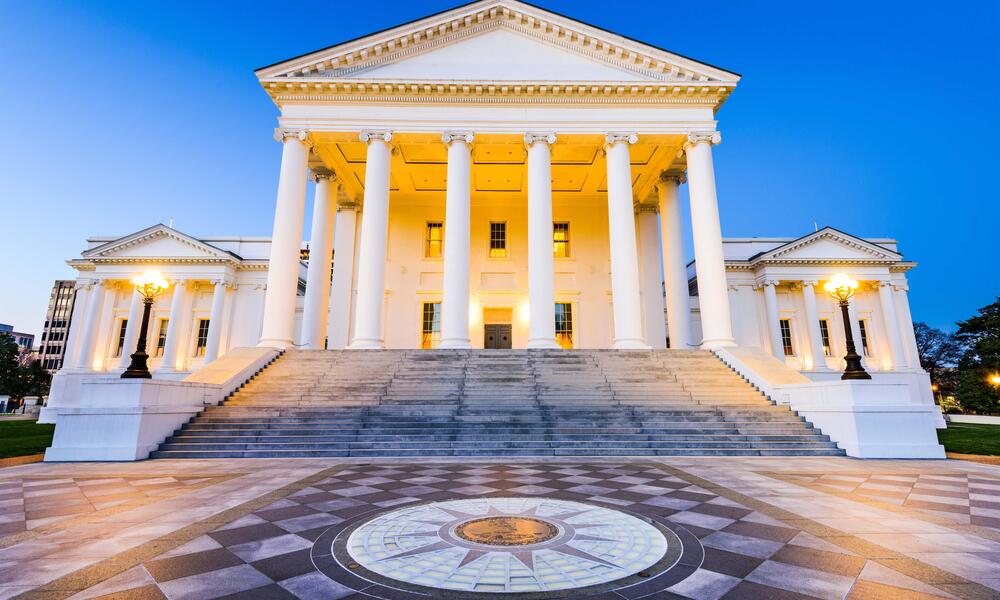 February 2020: We Are Still In activates its members in key states to further climate action on the local level. Leaders from communities across Virginia submit an open letter to the Virginia Assembly urging lawmakers to take the lead in addressing the climate crisis. This advocacy helps push the Assembly to eventually pass the Virginia Clean Economy Act, requiring 100% clean energy by 2050, and showcases the power of cross-sector collaboration. 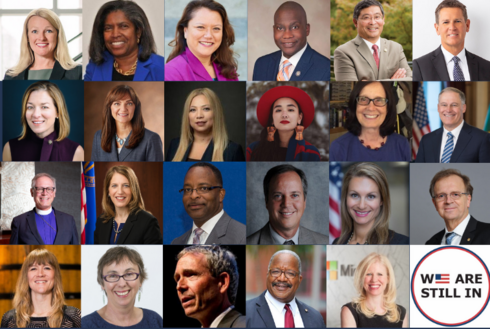 September 2020: We Are Still In relaunches its Leaders Circle to refresh and expand leadership across the coalition.

Following the murders of George Floyd, Breonna Taylor, and Ahmaud Arbery, We Are Still In issues a statement in support of the Movement for Black Lives, recommitting to the work of dismantling systemic racism across society and in the institutions that comprise the coalition.

As part of that effort, We Are Still In is using the platform of its Leaders Circle to amplify several new members and ensure that the group at its helm is more representative of the diversity of the climate movement and US society at large.

Now, it's time to go all in

Today, in the midst of a global pandemic and a weakening economy, the world celebrates the 5-year anniversary of the Paris Climate Agreement. As the United States prepares for a new administration, non-federal actors, led by We Are Still In, call for a national mobilization on climate and recovery. Over 1,500 institutions propose high-level actions the incoming administration can take (including and beyond re-entry into the Paris Agreement) and make calls for enhanced partnership and leadership across federal and non-federal entities. They do so with an emphasis on job creation, economic recovery, and just and equitable outcomes.

For more information on the subnational climate movement, check out the timeline of action here.