An Amur tiger cub gets a new lease on life 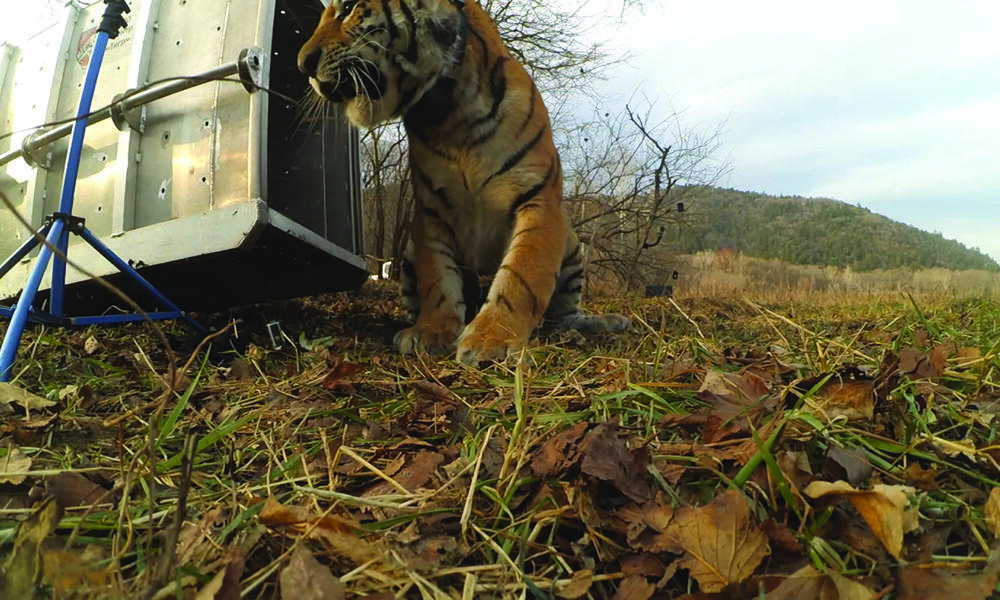 Rescued after sustaining serious injuries to his nose and face from would-be poachers, Saikhan the “miracle tiger” has been released back into the forests of the Russian Far East. The severely wounded Amur tiger cub was found in January 2017 after the Primorsky Province Hunting Department received an urgent alert about the animal and quickly dispatched a team of experts to locate him.

The cub, between just five and seven months old, was immediately transported to the Alekseevka Rehabilitation Center—one of two tiger rehabilitation centers in Russia—where he received emergency surgery and around-the-clock medical care.

Thankfully, this rapid response saved the tiger’s life. After a successful operation by skilled veterinarians and months of rehabilitation, Saikhan made a full recovery. He was then introduced to Lazovka, a female tiger cub rescued just one month earlier, who helped him to socialize and prepare for life in the wild.

Saikhan was rescued from the wild after sustaining life-threatening injuries to his face from a poacher’s gun.

Saikhan and Lazovka together at the Alekseevka Rehabilitation Center. The cubs helped each other prepare for life in the wild.

Saikhan’s happy story is a testament to the well-timed, collaborative efforts of the Hunting Department of Primorsky Province, staff at the Rehabilitation Center, WWF-Russia, the Amur Tiger Center, and special government-sponsored rapid response teams. It’s also evidence of the significant impact that these joint conservation efforts are having in the Russian Far East, where we’ve worked to recover the Amur tiger population from around just 40 in the 1940s to more than 500 since the 1990s.

But rising Amur tiger numbers pose new challenges. A recent WWF report estimated that between the years 2000 and 2016, there were approximately 279 human-tiger conflict incidents in the Amur region—a number that’s expected to only increase as the Amur tiger population grows.

Decreasing the number of human-tiger conflicts and protecting tigers against poaching is key to ensuring that Amur tiger populations continue to increase. Between 2009 and 2016, WWF helped to rehabilitate and release 13 tigers, many of which had been regularly involved in human-tiger conflict, back into the wild. Ten were tagged with GPS collars so that WWF can monitor their movements and protect these tigers.

Every tiger counts and our work to save them is far from done. Donate to protect tigers today.