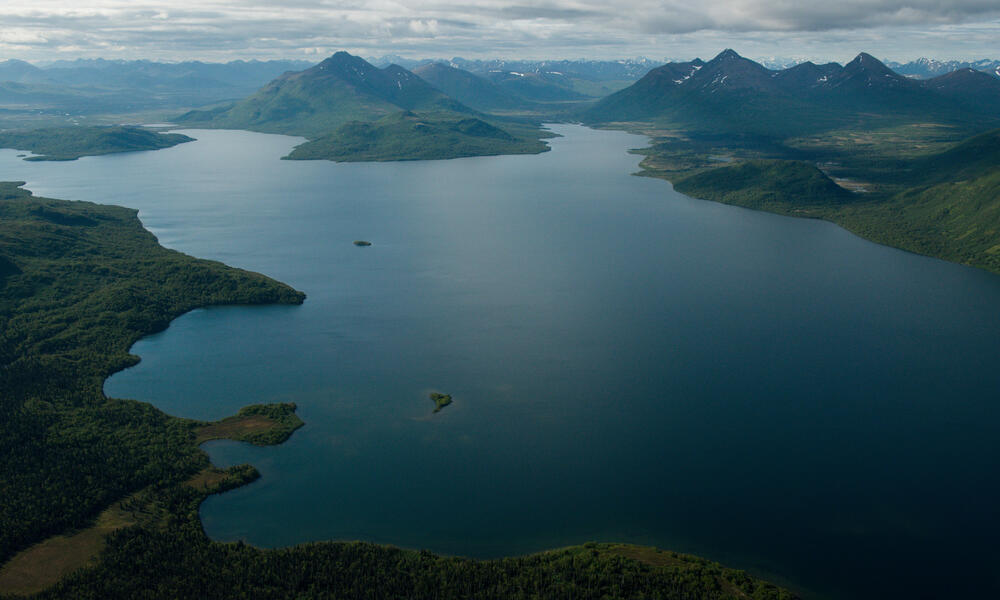 The beauty and bounty of Bristol Bay is unparalleled. Set on Alaska’s southwest coast, Bristol Bay’s network of rivers, lakes, and streams are known for producing salmon, but also support wildlife species of all kinds—including birds. While you’ll see plenty of gulls and geese in Bristol Bay, with more than 190 bird species, there’s a lot more to the story.

Here are just six of the magnificent birds of Bristol Bay:

Red-throated loons spend their summers in the lakes of Bristol Bay.

This rotund little bird is America’s only aquatic songbird. About the size of a robin, American dippers do dip into rivers and streams -- even swimming underwater -- to find a meal. Their thick coat of feathers is covered in waterproof oil, helping repel frigid Alaskan waters all year round.

This water bird is the smallest member of the loon family. In summer you’ll find them in Bristol Bay’s lakes; in winter they prefer the ocean. During the breeding season, the loon’s neck changes from white to vivid red, matching its red eyes.

The willow ptarmigan is Alaska’s state bird. This chicken-like animal dwells in Bristol Bay’s lowlands and changes its color every year. In summer, the ptarmigan is brown; in winter it’s bright white. 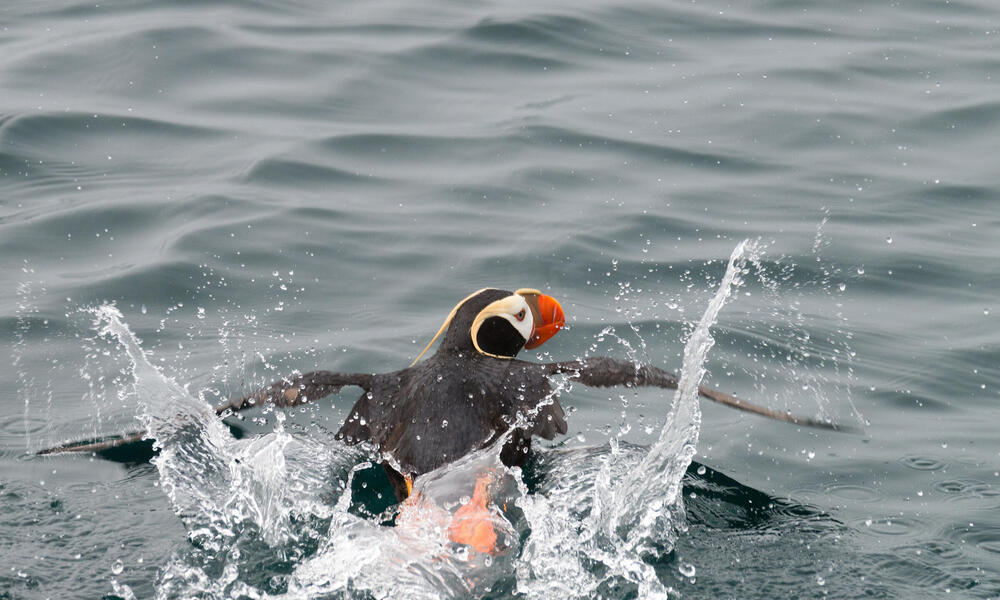 You’ll know a tufted puffin by its prominent tuft of hair-like feathers on either side of its bright white face. But this is only a summer look. In winter they sport dark plumage and lose the tuft.

The red-faced cormorant, with its distinctive red bare-skinned face, is a year-round resident of Bristol Bay. During breeding season, it comes ashore and mingles with other species of seabirds while it nests on rock ledges and slopes.

All these animals and so many more rely on Bristol Bay as one of America’s few remaining pristine wild places. But for more than 10 years, conservation organizations and local communities have fought tooth and nail to keep Bristol Bay undisturbed by industrialized mining. Pebble Mine, a proposed gold and copper mining operation, would cut a mile-long, quarter-mile-deep gash through the headwaters of Bristol Bay. The mine would also require extensive transportation and energy infrastructure and produce around 1.1 billion tons of waste during its 20-year operation. Bristol Bay, and the wildlife it supports, would be marred forever.

And the damage wouldn’t stop at Bristol Bay.  The mining company plans to construct an 83-mile corridor all the way to Amakdedori Beach on Cook Inlet. This would jeopardize marine mammals, the world’s largest concentration of brown bears, and seabirds like puffins, cormorants, and murres.

After years of victories and setbacks in this fight, we are now at a critical moment. The federal government is attempting to fast-track Pebble Mine, disregarding fundamental concerns about its environmental impacts. If we’re going to stop Pebble Mine, we need your help. Join hundreds of thousands of Americans who have already been loud and clear about their stance on our shared national treasure: no Pebble Mine in Bristol Bay -- not now, not ever.