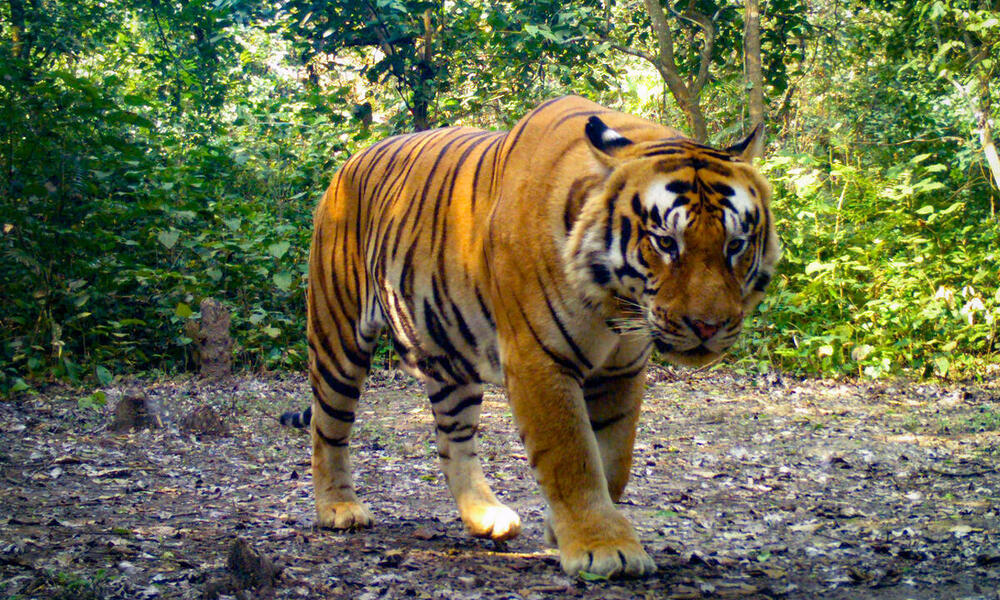 The Khata Corridor is a 15-mile pathway along the shared border of Nepal’s Bardia National Park and India’s Katarniaghat Wildlife Sanctuary. Its short distance belies its significance for people and wildlife in the region.

Nearly two decades ago, this area of the Khata Forest was a degraded patch of land. Now, lush with trees, shrubs, and grasslands, it hosts tigers, rhinos, and dozens of other species as the Khata Corridor.

Wildlife corridors like this one serve as a connecting pathway that allows wildlife to safely move from one wild area to another. Animals often travel vast distances in search of water, food, shelter, and opportunities to mate. But the wild spaces in which they roam are often interrupted by fences, roads, and other human infrastructure.

The Khata Corridor was established with collaborative efforts from local communities, the Nepal government, and WWF so wildlife could move securely. The increase in wildlife through the corridor has also helped local tourism in the area and provided opportunities for community members to engage first-hand in conservation. The camera trap images below–captured by a group of local citizen scientists–show the abundance of life within the Khata Corridor. 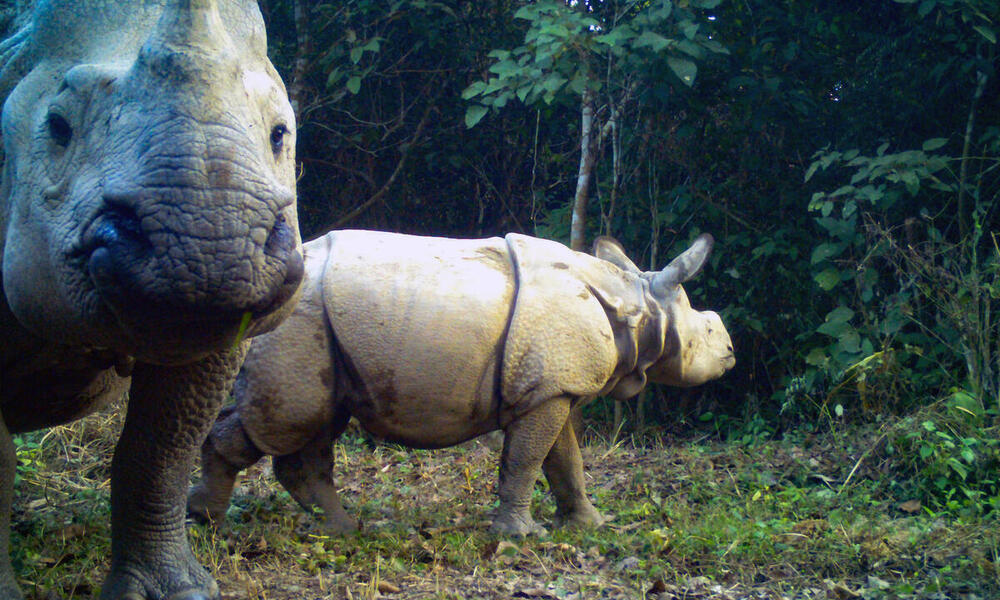 The largest of all rhino species, the greater one-horned rhino was near extinction at the start of the 20th century. Today, with a population around 4,000, heirs is one of the greatest species recovery stories in India and Nepal.

Here a leopard and its cub explore the Khata Corridor. Leopard cubs stay with their mothers for about two years until they’ve learned to hunt and be independent. Leopards rest in treetops but move along the ground to find prey and change locations. 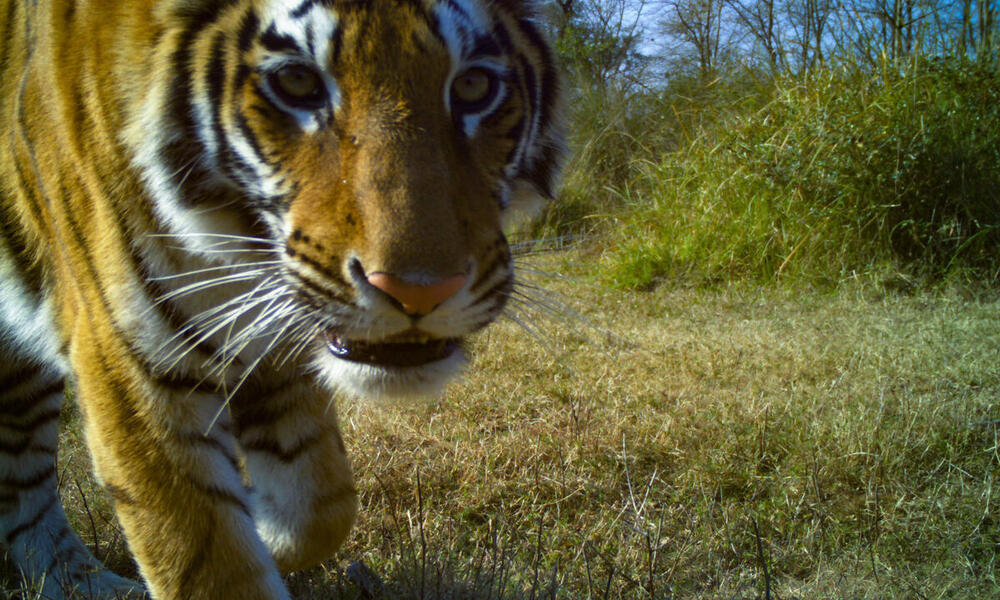 Tigers are a keystone species: At the top of the food chain, tigers impact the composition and number of prey species, which in turn affects the vegetation. Their presence is a sign of a healthy ecosystem. Tigers also require large spaces to roam–about 7 to 58 square miles for an adult male in Nepal–and the Khata Corridor is essential for their survival in the region.

The camera traps show a corridor abuzz with animal activity, including a spotted deer and gray langur. Community-based anti-poaching units and forest coordination committees have helped ensure the conservation success of Khata. 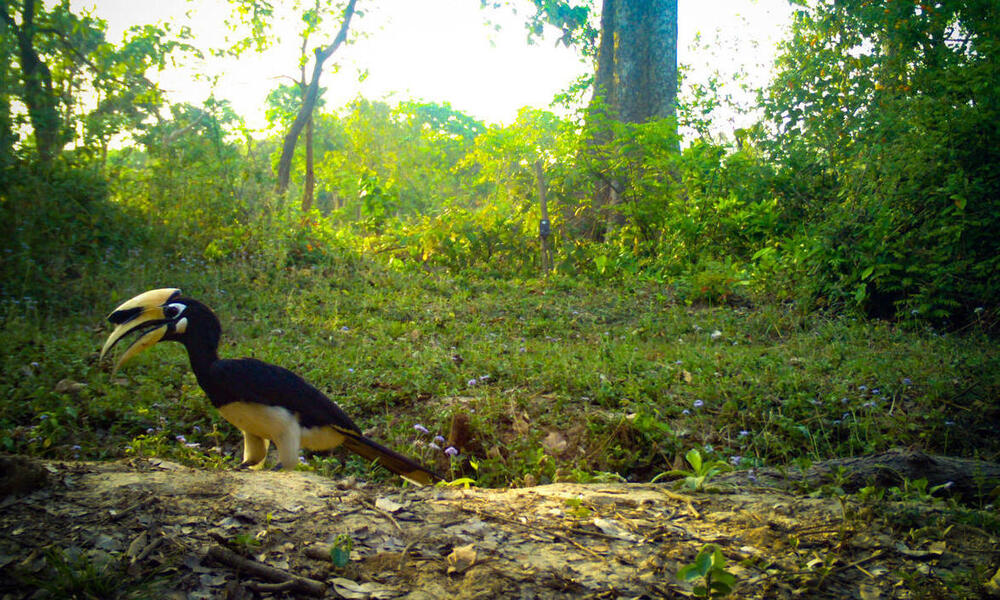 With a wingspan of more than six feet, giant hornbills scatter and distribute seeds as they fly across a landscape which allows vegetation to thrive.

Video: Life in the Khata Corridor