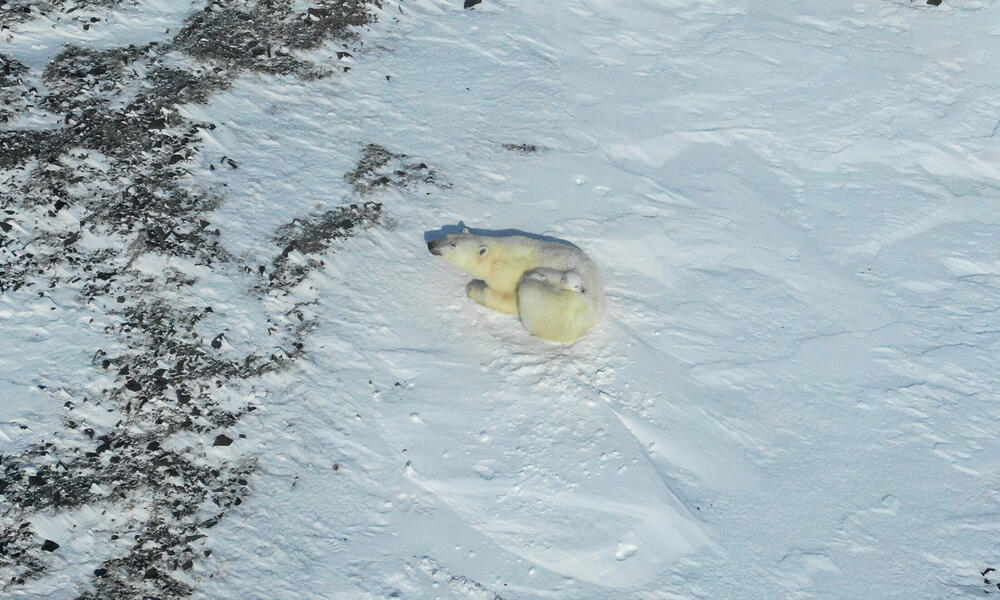 “The islands of Wrangel and Herald are not called the ‘maternity home of polar bears’ by accident. This is where the majority of pregnant females of the Chukotka-Alaskan polar bear population lie in dens every year,” says Mikhail Stishov, WWF-Russia project coordinator for Arctic biodiversity conservation. “Understanding the importance of this territory, we readily supported a new research project. WWF provided the reserve with four professional quadcopters, two with thermal imagers. And at the end of last year, with our support, nature reserve staff took drone control courses.”

Polar bears are usually counted between March and April, when females leave the birth dens and take their cubs to sea ice to teach them survival and seal hunting skills. Traditional polar bear counting methodology involves groups of specialists riding snowmobiles around the areas with the highest concentration of dens. On each trip, they inspect every slope, valley and any other areas where a layer of snow allows the bears to dig out temporary housing. But finding a den is not an easy task. Most dens are in high, hard to reach crevices, with entrances only one meter in diameter. These openings can be hard to spot when the blinding sunlight is reflecting off the snow.

A drone with a thermal camera can help to overcome these difficulties. The temperature inside the den is much higher than outside, and when flying around the territory, a thermal halo illuminating these habitats can be seen on the drone control panel. The expert can then record and examine these findings in detail with a high-resolution camera.

On the second day of testing out this new technique in the nature reserve, researchers launched the new drones into the sky when they spotted a potential den. Four successive drone launches (total flight time 1h 40m) showed that it was inhabited. Specialists were able to examine in detail not only the female bear, but also her two cubs. The animals reacted quite calmly, thanks to the skilled drone pilots who kept the cameras at a safe distance to not disturb the family.

Despite the freezing temperatures of -25 C and a biting north wind, the experiment to examine the den and its inhabitants was a success. But the main goal - to initially detect the den using a drone - has not yet been achieved. 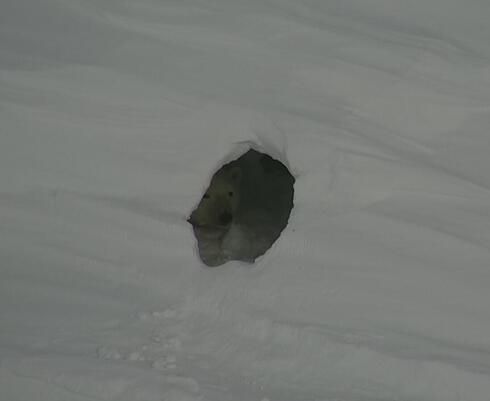 Polar bear inside her den

“Unfortunately, due to weather conditions and tight deadlines, it was not possible to work out the methodology in full, and the search for the den with the help of a drone camera was not successful,” says Leonid Zaika, head of the Department of Ecotourism Development of the Wrangel Island Nature Reserve. “However, we gained valuable experience and learned from our mistakes, which will allow for a detailed analysis and preparation for next year’s census. The resulting photo and video material is of great scientific value and with its help, specialists will understand the age and condition of the animals, and the distinctive features of their behavior. Most importantly, we understood that the use of drones in polar bear monitoring makes it safer and greatly facilitates the search and study of both the dens and the animals.”