How would offshore oil and gas drilling in the Arctic impact wildlife? 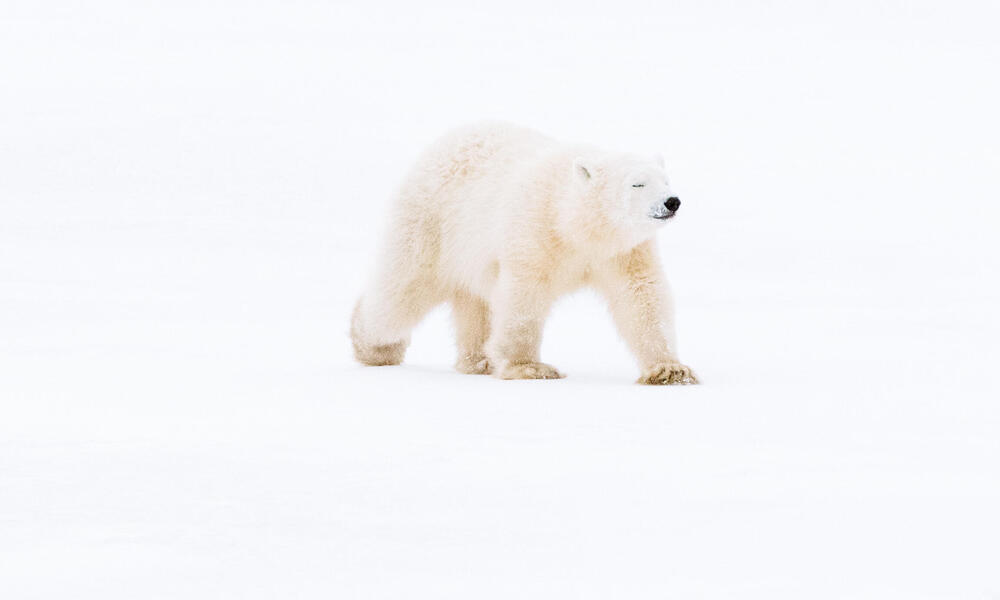 In January of this year, the Biden administration revoked an executive order made in 2017 that attempted to open up U.S. Arctic waters to new drilling activities. The move by the incoming administration was in line with a March 2019 ruling from the U.S. District Court for the District of Alaska that the Obama era protections should remain in place. This week, the 9th Circuit upheld the lower court’s ruling.

“Oil and gas drilling contributes to climate change and threatens wildlife and communities. The court’s decision to uphold the ban on oil and gas leasing in the Arctic Ocean gets us one step closer to permanent protection. We need to drill less, not more,” said Margaret Williams, managing director of the WWF-US Arctic program.

The vast size, remote location, and extreme weather conditions—combined with the complete lack of infrastructure for responding to oil spills—make drilling in the Arctic Ocean extremely dangerous. Our ability to respond to emergencies and oil spills is severely limited. Broken ice and other severe weather conditions in the Arctic would make any large oil spill or well blowout catastrophic for the amazing life in the area.

Allowing drilling in the Arctic Ocean would add new environmental stressors – from pollution, to noise and other forms of disturbance – to marine wildlife that are already feeling the brunt of warming sea and air temperatures. While new drilling in U.S. Arctic waters are no longer an immediate risk, without permanent protections, these waters remain vulnerable.

Take a look at how a handful of the Arctic’s abundant wildlife would be impacted by offshore drilling and a potential oil spill in the Arctic. 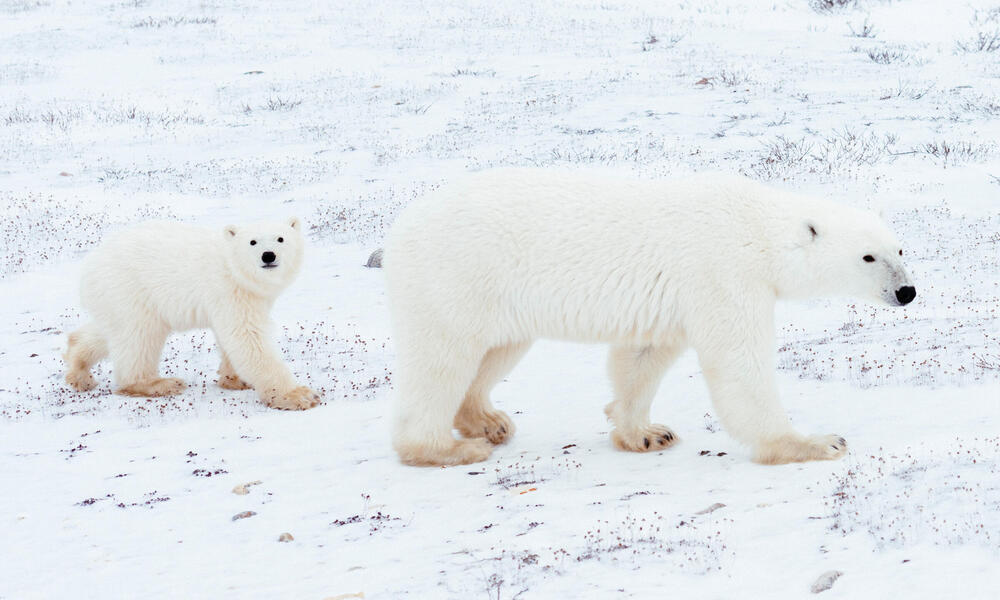 Polar bears spend so much of their lives on the sea ice of the Arctic Ocean that they’re actually classified as marine mammals. They’re talented swimmers and spend more than half their time hunting for food—mainly seals. Expansion of oil and gas drilling in their habitat could be extremely damaging. Direct contact with spilled oil would kill polar bears but an invisible threat could persist for years, as toxic substances lingering in ice or water may impact the entire food web of the Arctic ecosystem for years to come. 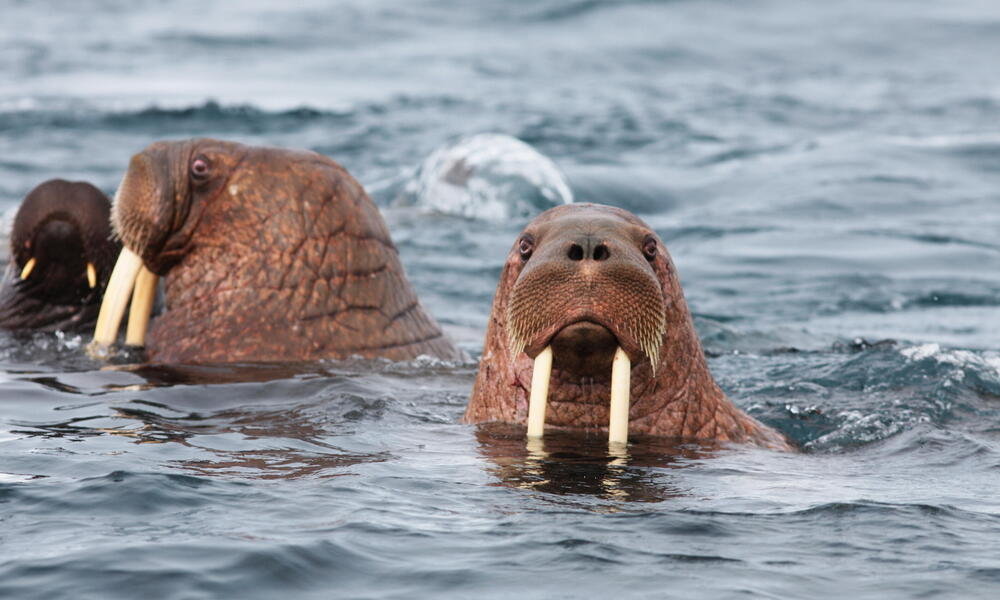 Walruses—and their unmistakable white tusks—are a mainstay of Arctic marine life. They use their impressive modified upper canine teeth to forage for invertebrates and clams, break through ice and climb out of the water, establish dominance and hierarchy, and defend themselves from polar bears and other large predators. Female walruses and their young spend the summer months floating on sea ice and diving through the shallow waters above the continental shelf to feed on clams, snails, and marine worms. Many indigenous people in the Arctic rely on walruses for food security and to maintain cultural practices. Should industrial activity increase in the Arctic, walruses could be impacted. An increased risk of oil spills would prove catastrophic for the species. 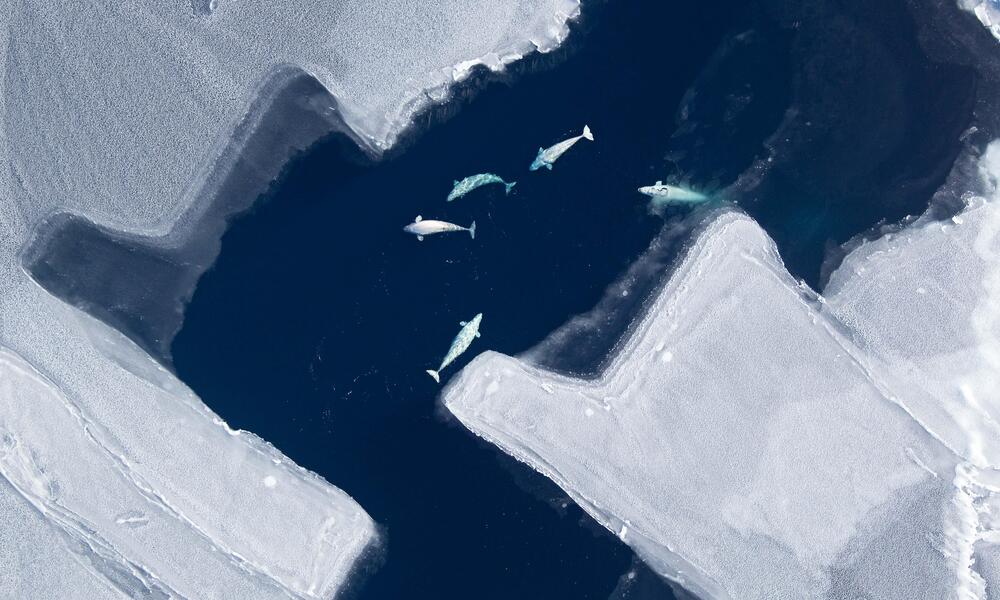 Belugas, the bright white whales of the Arctic, sit at the top of the food chain and play a crucial role in the ocean by distributing nutrients to phytoplankton, for example They’re a sociable bunch, too, traveling in pods and communicating through a series of chirps, clicks, whistles, and squeals. This chatter gave rise to their nickname—the “canaries of the sea.” And oil and gas development, particularly the use of seismic testing underwater in their sensitive environment could prove deeply problematic to their ability to communicate. The rise of the industry would involve an increase in the number of shipping vessels in Arctic waters, and that, in turn, would dramatically heighten noise levels underwater, masking communication among belugas and other species. 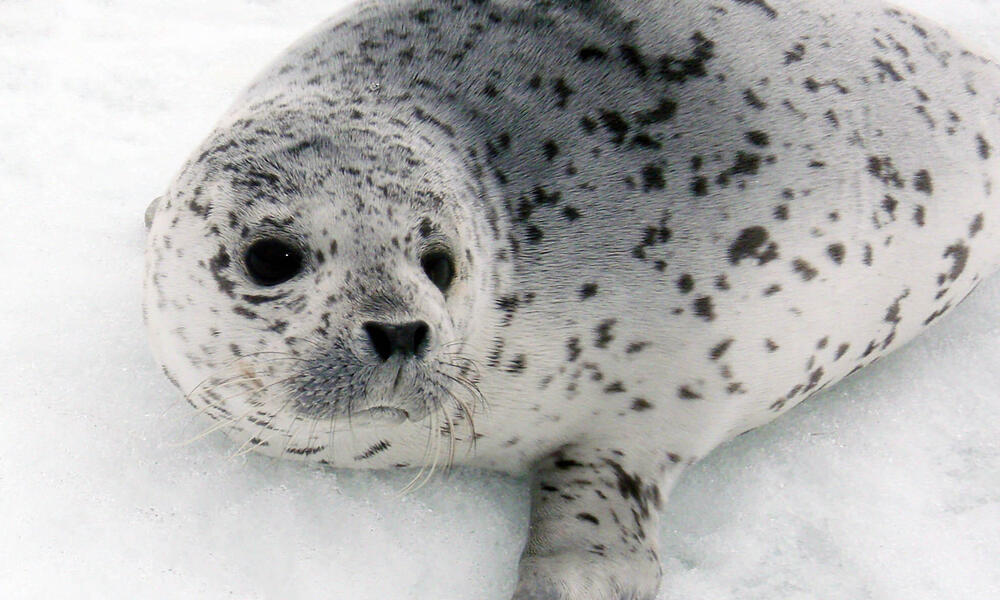 Ringed, ribbon, spotted, and bearded seals are collectively known as the “ice seals” and live on sea ice in the Arctic for at least part of the year. Ringed and bearded seals serve as primary prey for polar bears, which need substantial amounts of fat to survive. Exposure to oil could injure or kill seals, and that would impact the polar bear population that relies on them for survival.

Make a symbolic Arctic fox adoption to help save some of the world's most endangered animals from extinction and support WWF's conservation efforts.