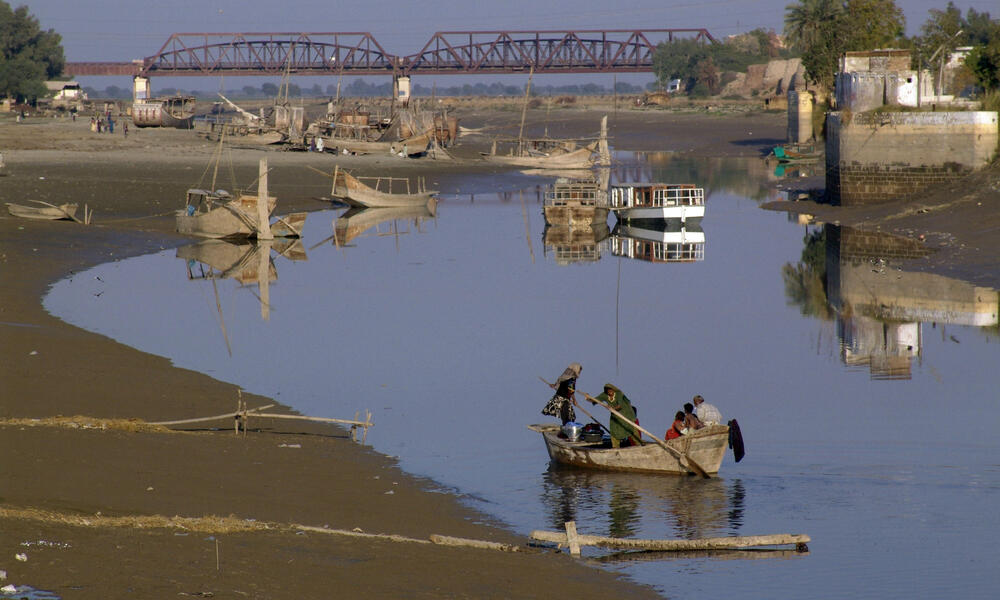 Indus river dolphin numbers have increased dramatically over the past 16 years, thanks largely to successful community-based conservation efforts.

A new WWF survey says there are now an estimated 1,816 Indus river dolphins in Pakistan—almost 50% more than the 1,200 dolphins estimated during the first comprehensive census in 2001 when the species appeared to be on the brink of extinction.

“Significantly increasing the number of Indus river dolphins over the past 15 years is a remarkable achievement considering the ever-increasing pressure on the river and the species,” said Hammad Naqi Khan, director general of WWF-Pakistan. “And it shows that progress is possible when governments, conservationists, and communities work together.”

The survey ran from March 20 to April 13 during low water season when the dolphins are most concentrated and easiest to count. A team of 20 scientists and researchers from WWF-Pakistan, Zoological Survey of Pakistan, and provincial wildlife departments, academia canvased the Indus river dolphin range. Except for a tiny, isolated population of about 30 in India’s Beas River, Indus river dolphins live exclusively in the Indus river in Pakistan.

A species in need
Even with the welcomed bump in population numbers, Indus river dolphins remain endangered and in need of continued conservation action. Currently confined to just 20% of their natural habitat range due to the construction of numerous dams and barrages along the Indus River, the dolphins are also threatened by worsening water pollution, stranding in irrigation canals, and accidental capture in fishing nets.

WWF has led an innovative and collaborative approach to save the species, integrating research, effective law enforcement, and critical community engagement. Since 1992, WWF-Pakistan and the Sindh Wildlife Department have led a dolphin rescue program, which has saved 131 dolphins from being stranded in irrigation canals and safely released them back into the main river. We’ve also established a dolphin monitoring network in collaboration with local communities, Sindh Wildlife Department and other important government stakeholders , along with a 24-hour phone helpline that people can call if they see a dolphin in distress.

“Indus river dolphin numbers would still be decreasing if it were not for the active participation of communities along the river,” Khan said. “They are our eyes and ears, and have helped bring these iconic animals back from the brink. Our efforts to save the dolphin are also critical for these communities since the species is an indicator of the health of the river, upon which tens of millions of people depend.”